New Dawn Fades: A Play About Joy Division and Manchester

New Dawn Fades ended its current run to a standing ovation after a sold out show at The Dancehouse on Friday night. Nigel Carr was there to report for Louder than War.

I first saw Joy Division at the Check Inn, Altrincham in November 1978. They were my band. You know when you are so into a group that you think they kind of belong to you? Well that was how it felt like back then. They weren’t universally liked by any means, their post-punk sound was dark, heavy and foreboding but their legacy has resonated throughout the music industry ever since, influencing a huge number of groups including Nirvana, Placebo and The Editors.

The story of their rise to prominence and Ian Curtis’s untimely suicide is a well trodden path – we had the dreary Control; Anton Corbin’s film noir take which although artistically thrilling had an inevitable gloomy undertone – just how do you end a film where the main protagonist hangs himself?

Brian Gorman, writer of New Dawn Fades, has injected passion, vibrancy and comedy into what is essentially a very difficult and depressing subject. Many in the audience tonight knew Ian and the band personally and frankly there was no way Gorman would have got out of this 500 seater theatre alive had the finished product not been the sublime, perfectly acted and polished spectacle it turned out to be.

The play opened with Lee Joseph’s remarkable portrayal of Tony Wilson kicking off with a tour of 5th century Manchester with Roman statesman Julius Agricola putting in a rather comic appearance. Curtis, played by Michael Whittaker, frantically scribbled in a notebook words which would eventually form the core of his lyrical force within Joy Division. He picked up on dialogue from Sean Mason’s John Dee and Frederick Engels who also popped up in Wilson’s trawl through the region’s history. 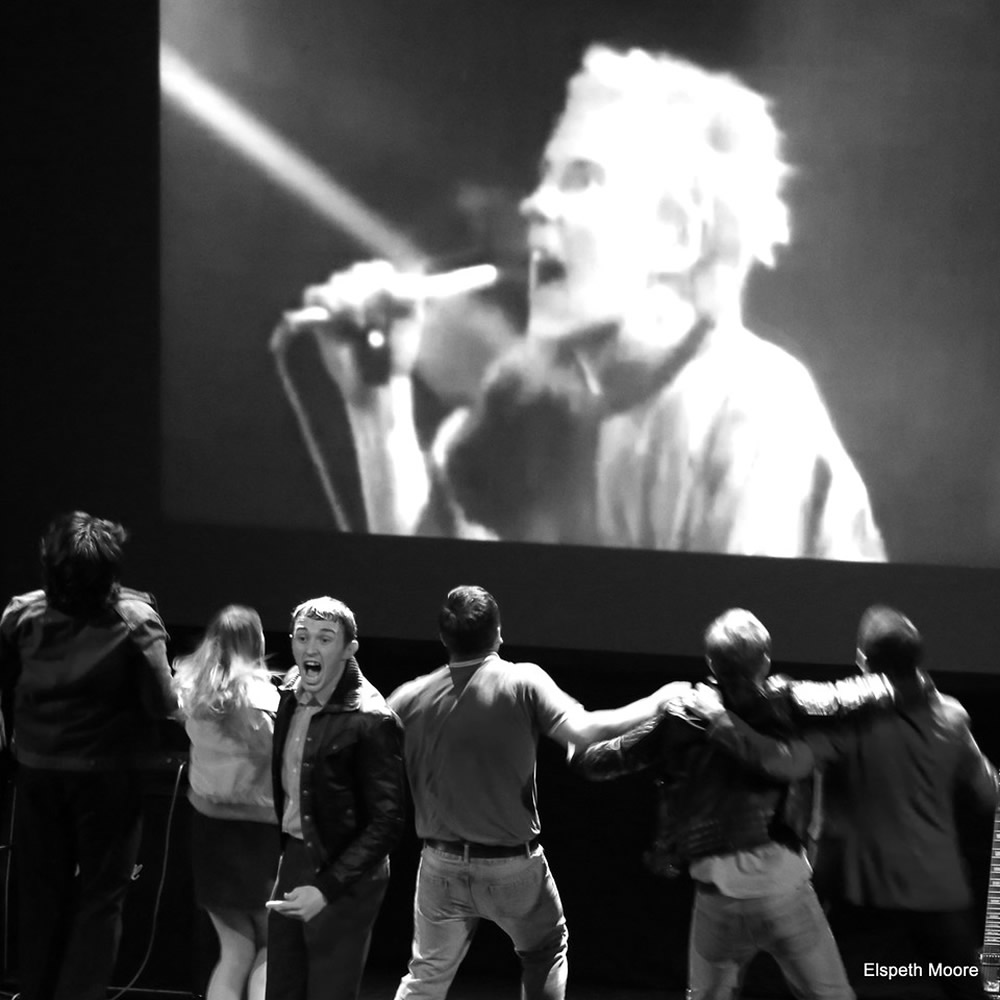 We were taken though the band’s inception via the Sex Pistols gig at the Upper Free Trade hall in 1976 through their early dates and treated to two, part live, part acted performances – Shadowplay and Tranmission – where the guitar playing of Sean Croke echoed Bernard Sumner’s right down to the way he stares down at his instrument while playing, either through shyness or a simple inability to play that well – probably both.

Whittaker’s singing voice was eerily similar to Curtis – I was told that it’s just the way he sings naturally which is serendipitous to say the least. His on-stage portrayal was near perfect with windmill arm gyrations changing direction in exactly the same way Curtis used to. It felt natural, organic and real, like the character was just pouring out of this gifted young actor.

The play was underpinned by a superb supporting cast – Bill Bradshaw, a permanently sneering and affronted Peter Hook, all black leather jacket and attitude; Matthew Melbourne’s airy, what’s going on…? slightly clueless comedy take on Stephen Morris; Sean Mason, who with seemingly inexhaustible stamina marched through an array of characters from Mick Middles (who was sitting on the front row) to Martin Hannett barking out incomprehensible instructions to the band in the studio, ‘quiet, but louder’ – through to a lampooned, pogoing Paul Morley, to the camp, pink tied, fey swagger of Buzzcocks’ front man Pete Shelley.

The interplay between Whittaker’s Curtis and Natalie Perry’s Debbie was electrifying as their relationship fell apart, and the treatment of Curtis’s epilepsy, frighteningly real. It was handled in a such sympathetic manner that at no point did you feel that the writing made light of the difficult subject on show – the fitting scenes were visceral in their intensity.

Let’s face it, adultery, mental health and suicide are not easy areas to get away with, so having producer Giles Bastow as the potty mouthed Rob Gretton was pure comedy genius, giving the play the levity needed to oil the wheels of what could have been a dismal show, clunking along to its inevitable conclusion.

The scenes of Curtis’s suicide to the fade out of Iggy Pop’s The Idiot using the washing line on which Debbie, only moments earlier had been hanging out his Y fronts, was deeply disturbing but then why wouldn’t it be?

This was a tremendous audio/visual treat using the mediums of film, live and semi-live action to keep the audience hooked; the individual performances were gritty and polished. It told the story in an informative, entertaining and ultimately uplifting way whilst retaining the gravitas and respect that the subject deserved.

It will come round again, and when it does I recommend you be there.

All Photos by Elspeth Moore. More of Elspeth’s photos on Louder Than War can be found here:  Elspeth Moore and her own website is here 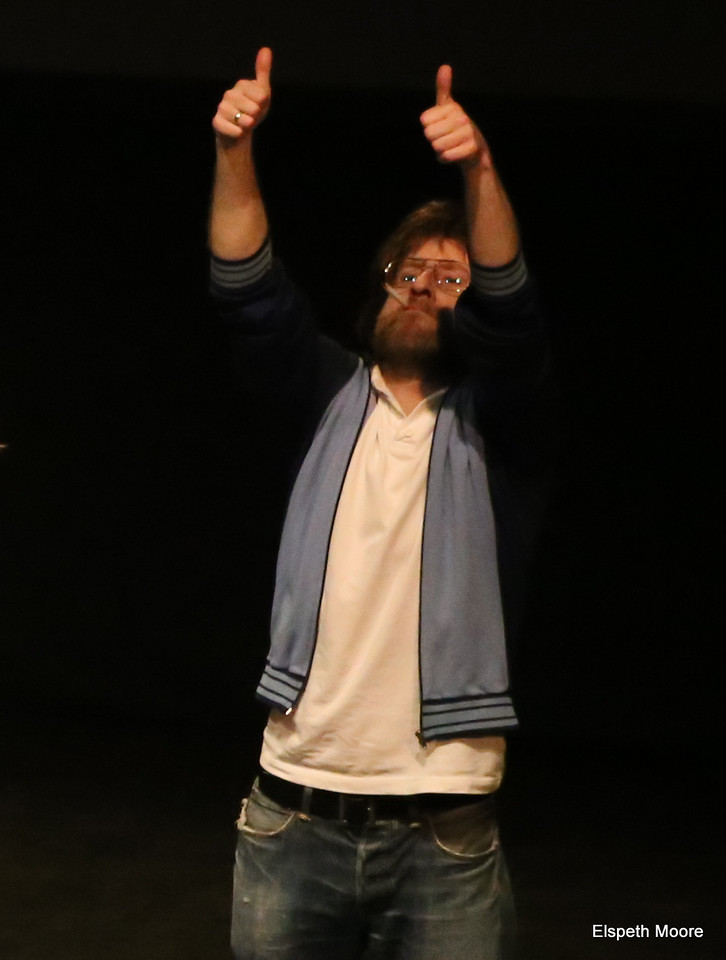