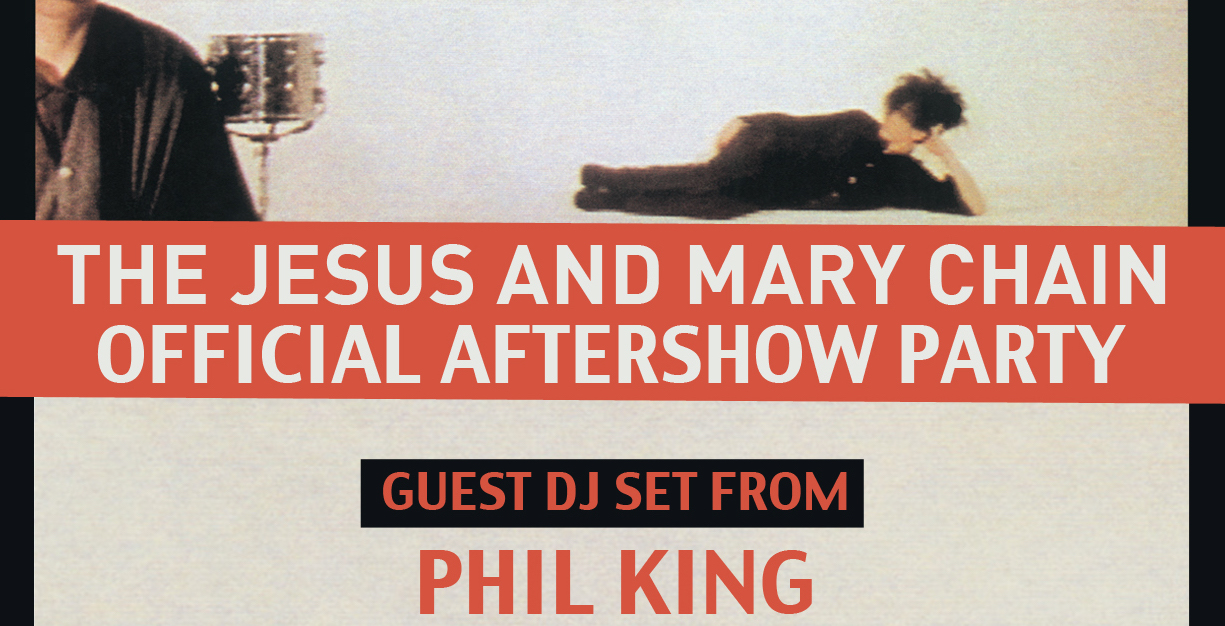 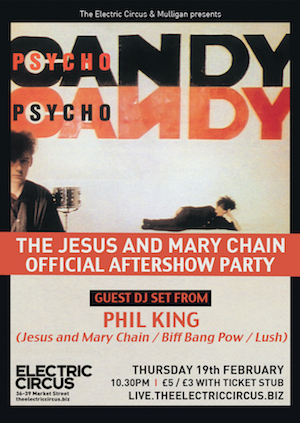 With the Jesus and Mary Chain about to put the focus back on Alan McGees’ Creation Records by taking their seminal album Pyschocandy out on tour around the UK, we bring news that Edinburgh is set to be the next city to host a Creation Sessions night. Full details about the night, which is being launched with a Jesus and Mary Chain after show party featuring Phil King, the band’s bass player, as guest DJ can be found below.

As a pre-cursor to the Launch of The Creation Sessions (Wed 25th February), Electric Circus and Mulligan Presents, are playing Hosts to The Jesus and Mary Chain for the Official Aftershow Party, to mark the completion of their homecoming Scottish Show’s at the Corn Exchange Edinburgh.

After the blistering first two shows at Glasgow’s Barrowland late in 2014, they jaunt back into Edinburgh to deliver a sucker-punch, before saying goodbye to Scotland for the time being at the Aftershow at Electric Circus. Creation Management, who handle the seminal Creation cult-band, confirm that Phil King, the Bass player, will be DJ’ing the proceedings.

The Creation Sessions, which has its Launch, Wednesday February 25th, at Electric Circus, is being curated and Co-produced with Mulligan Presents and Electric Circus. Harry Mulligan and Alan McGee go back to 2005, when Mulligan was curating Mulligan Presents with Vice Global Editor in Chief, Andy Capper. At that time, the night was hailed as ‘London’s other Must Play night for un-signed bands’ by McGee.

With the resurgence of Creation Management and the emergence of the Creation Sessions in Talgarth Wales, where McGee calls nearby Hay on Wye home, as well as in Liverpool and Glasgow, Mulligan has painstakingly established the night here in Edinburgh as well.

Texas Bob Jaurez from Creation darling Television Personalities headline the Launch on February 25th, which is a Fundraiser for In Your Face Theatre / Trainspotting, whom Mulligan has championed towards a transfer from the Edinburgh Festival Fringe to the Sir Lawrence Olivier Award Winning Kings Head Theatre London. 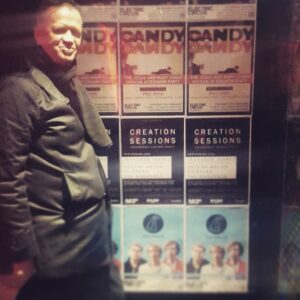 Recently the bleeding edge immersive theatre company have had eleven plus extra shows added to their Season run in London. Mandatory contributions collected at the door, will go towards the Cast’s accommodation costs while there.

Also on the Bill are Edinburgh’s own Pilotcan, and Glasgow hopefulls The Ronanynes who have been working with Ian McCulloch from Echo &The Bunnymen. Graham Bonnar, the drummer from Swervedriver will be DJ’ing on the night.

Mulligan, who writes for online music publication, Louder Than War, is quoted as saying that:

“…there is something of a musical renaissance occurring in the UK, and especially in the rank and file of the Creation world – we hope to make a worthwhile contribution to that here in Edinburgh.”

Buy tickets for the night here. 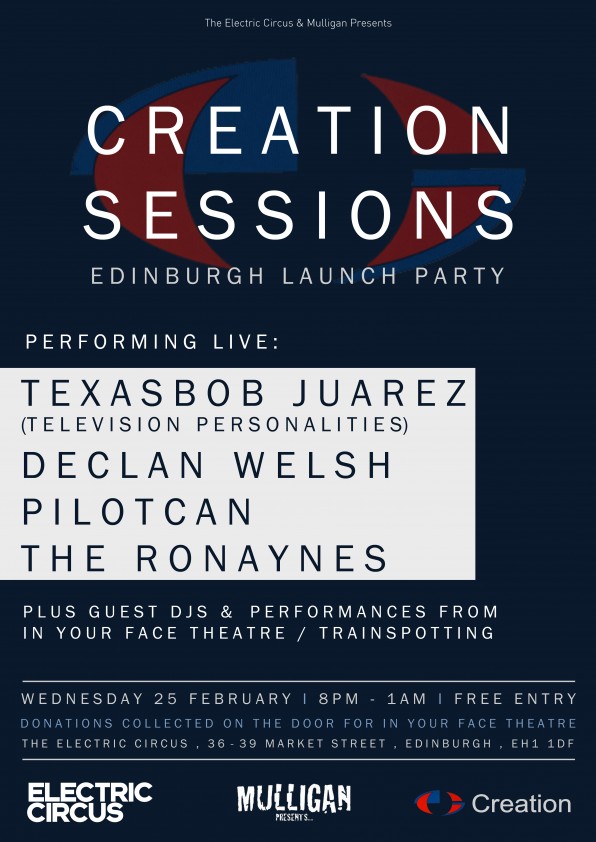