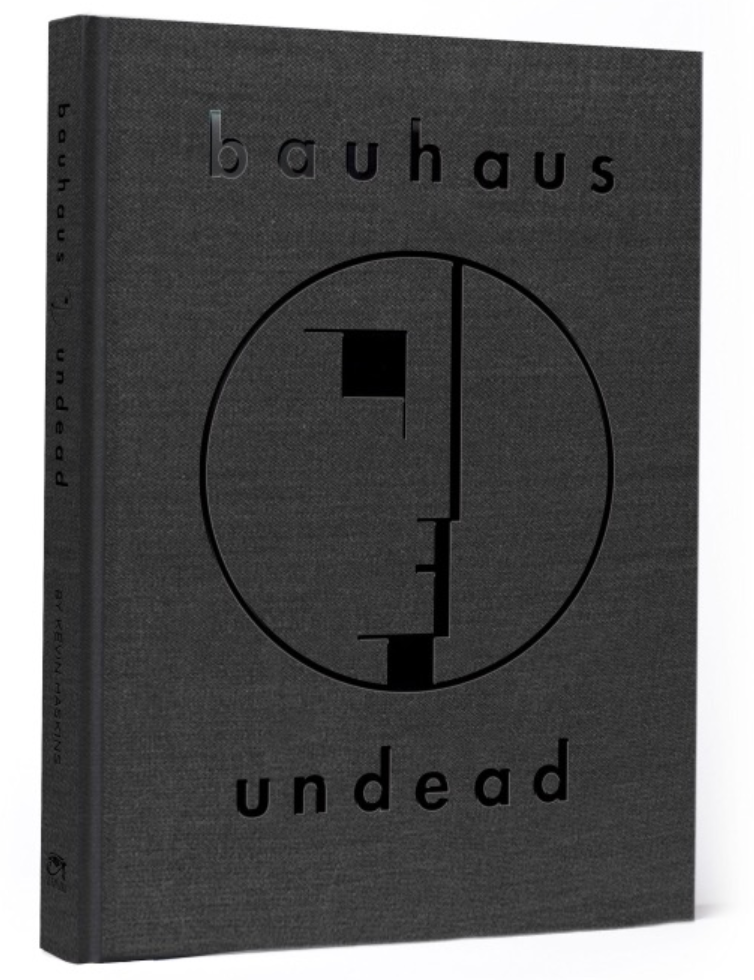 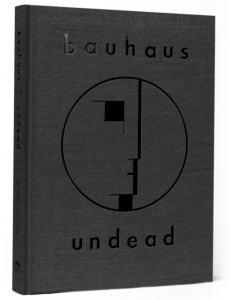 A new book by hugely influential British post-punk group Bauhaus entitled “Bauhaus Undead – The Visual History and Legacy of Bauhaus” To be released on 16 March  2018, the book’s aesthetic reflects the band’s art school origins to create an elegant and tasteful art book. This deluxe coffee table book is a fitting tribute and celebration of the legacy created by this groundbreaking band.

Carefully curated from a largely unseen collection of ephemera and combined with personal recollections by original member and author Kevin Haskins, this beautiful tome will take the viewer on a visual journey from the band’s inception in 1979 through their very successful reformation in 1998, and on to their legendary performance at The Coachella Music Festival in 2005.

Standard un-signed copies available as pre-order at the Amazon link above.

Bauhaus was formed in the small industrial town of Northampton, England in 1978. Seminal and ground-breaking, the group was too busy following its own muse to chase after fly-by-night-trends. The pioneering spirit which has fuelled all their work, has established Bauhaus as one of the most important and influential artists of the past three decades.

After being together for only five weeks, the band recorded their legendary and timeless first single, “Bela Lugosi’s Dead,” which remained at the number one spot on the British Independent chart for two years. It would be three years later, that the band performed the song, for the dramatic opening scene, of Tony Scott’s sensual Vampire movie, “The Hunger.” The band went on to record four critically acclaimed albums before disbanding in 1983. In 1998 the band reformed to complete an extremely successful World Tour, attracting a much larger audience than they originally enjoyed back in the day. This was an accolade to the timeless quality of their music and their ever growing fan base. During the last decade Bauhaus released a new studio LP entitled “Go Away White,” toured with Nine Inch Nails, and played a legendary headlining performance at The Coachella Music Festival in 2005.

Bauhaus is one of the few groups of the post punk era to achieve truly mythic status. Their audience greatly appreciates the legacy of artful, timeless, dark rock and theatrical performances that Bauhaus created. Bauhaus has always been, and continues to be, a pivotal link in the evolution and revolution of contemporary music. Artists that have name checked Bauhaus include Radiohead, Bjork, Massive Attack, Sigur Ros, Nine Inch Nails, Tricky, The Flaming Lips, The Horrors, Jello Biafra, Marilyn Manson, Jane’s Addiction, Tool, Jarvis Cocker, Hole, Interpol, Skinny Puppy, The Smashing Pumpkins, and Nirvana to name just a few.

There is one in every band; the member who right from the inception of the band decided to collect everything, from early “Local Band Makes Good” articles in their local newspaper, handmade flyers by the band, backstage passes, photographs from his personal collection, ticket stubs, band artwork, letters, set lists, contracts, band sketches, tour itineraries (that include band member doodles), fan club material, pins, hand written lyrics, invoices, master tapes, all the way down to the original Wasp synthesizer used on their recordings and live shows. That collector is original member of the band, Kevin Haskins. In this tastefully designed coffee table book, Kevin will share his personal collection of mostly never seen before ephemera, and also offer up original stories of poignant and sometimes amusing moments throughout the band’s hallowed career.

The book will take the viewer on a visual journey right from the band’s inception in 1978 through their very successful reformation in 1998, and on to their legendary performance at The Coachella Music Festival in 2005. Kevin has teamed up with the formidable design team of Jeff Anderson of Artist In Residence, and Donny Phillips and Kaylee Carrington of KIHL Studio. The book’s content, in part, reflects the band’s art school beginnings and their unique expression that inspired the art and photography of the other contributors. Together they have created a design that will steer itself away from the usual cliché rock band layout and instead will reflect a more elegant art book aesthetic. This book will be a fitting tribute and celebration of the legacy created by this ground-breaking band.

In 1978, Kevin Haskins, along with three young men from Northampton England, formed a band that would invent a new genre of music, categorized as Goth Rock or Post Punk. There was no grand scheme or master plan, other than the desire to create a unique and new form of music; little did they know the impact that they would have on their large loyal fan base, and later on, on countless other artists.

Following Bauhaus’ dissolution in 1983, Kevin continued on to play the drums and synths in two more hugely, influential and critically acclaimed bands, namely, Tones On Tail and Love And Rockets. The latter enjoyed a top three hit in 1989 with the song; “So Alive.” Kevin enjoyed a hugely successful career with those bands spanning two decades and then in 1998, the four members of Bauhaus decided to reform and embark on a World Tour entitled “The Resurrection Tour.” The tour was an outstanding success with most venues selling out in under twenty minutes, and attracting a much larger audience than they originally enjoyed back in the day. That was an accolade to the timeless quality of their music and their ever growing fan base.

Following The Resurrection Tour, Kevin began writing music for an array of independent films, video games and TV shows. In 2002 his use of textured electronics inside emotional and unique orchestrations, caught the attention of esteemed director Michael Mann for the score of his CBS drama “Robbery Homicide Division.” This launched Kevin in to a successful career as a composer that he enjoys up to this day.