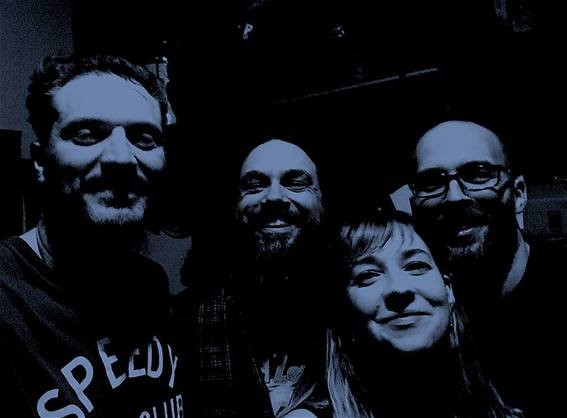 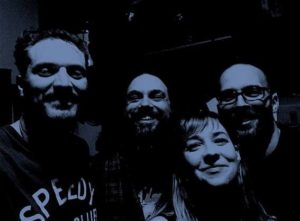 This White Light is the name of a new band featuring Greg Anderson/guitar (SUNN O))), Goatsnake) and Jade Devitt/drums (Lucky Me, Gale Forces), Bryan Herweg/bass (Pelican) and vocals from Jen Wood (solo artist and formerly of Tattle Tale and collaborator with the Postal Service).

The four-piece have been working on material and plan to record on April 9th to the 13th at Josh Hommes’ Pink Duck studios, with him producing the recordings, we can hear one of the demo tracks “Winter Flowers” here;

In March 2017, Greg Anderson and Jade Devitt began to make music with one another again, having previously played together in the nineties as Engine Kid. Starting with the formula of extreme dynamics that they had perfected in the years previous as Engine Kid, the pair have added their 20+ years of musical experience, and taken the music in a new and different direction. Chance encounters and serendipitous moments fortified the final line up of This White Light with the addition of Bryan Herweg and Jen Wood.

This White Light explore the contrast of darkness & light. Their music is delicate when called for, powerful when necessary.