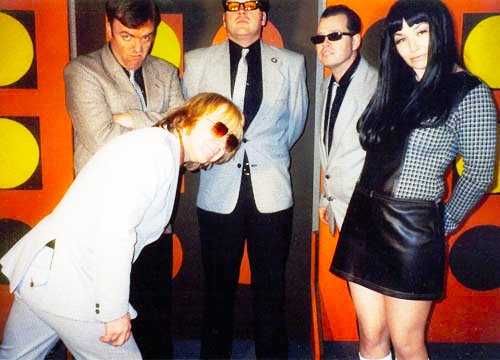 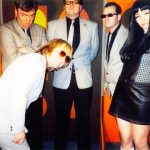 “Gimme Some Sex-Fizz” is the motto of The Stags who hail from Wigan, the hometown of Northern Soul, of pies and of Uncle Joe’s Mintballs – if you had to describe them I would suggest The Banana Splits meets The Mohawks at Wigan Bus-Station!

To be honest there is nothing new about The Stags; they have been around in various forms of collapse for about 10yrs, but they will certainly be new to the majority of you…

The Stags are probably, or possibly not, musically inspired by artists like Georgie Fame, Lulu, The Sonics, Jimmy Smith, Shocking Blue, Young Rascals, The Shadows or The Easybeats.

Signed to Germany’s Soundflat Records they have so far released one vinyl only album ‘Do The Ton’ and more recently put out two limited edition singles, the first being a cover of ‘Moustache A Papa’ originally performed by Anna Bell, the second ‘Roller-Derby’ being released in conjunction with Sideburn Magazine – both are worthy of your attention.

Shake your body, move your ass, and feel the beat; it’s Stags time!!