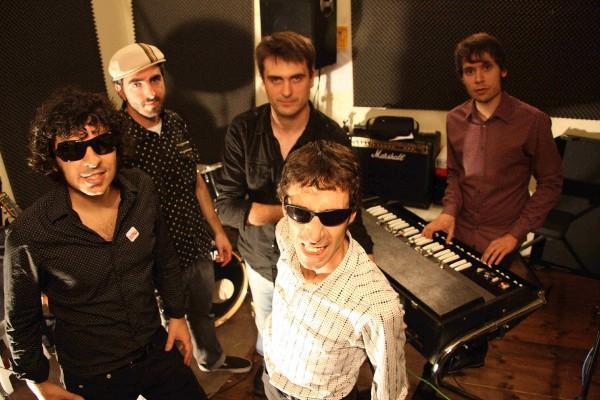 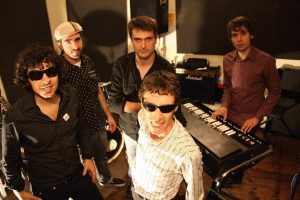 Considered to be one of the most promising bands of the Spanish Garage scene at the moment, The Moonstones have recently issued their very first and long-awaited album on Germany’s Soundflat Records with a CD version being made available via Australia’s Off The Hip Records

Influenced by bands such as The Miracle Workers, The Chesterfield Kings or The Sonics The Moonstones produce correspondingly superb self penned music, though with a touch of Spanish ambience. They are not adverse to the occasional cover ”â€œ “I’ll Use Evil”Â was originally written by Thee Milkshakes ”â€œ though The Moonstones have substituted their own Spanish lyrics

The title of their debut album ”ËœFuzz, Farfisa Y Fiesta’ tells you all you need to know: Hot rocking music shot through with fuzzed guitar, 60’s Farfisa organ and a crazy party attitude; all of which is set in Spain.

The album is Garage Rock at its very best; brilliant melodies, groovy Hammond sounds, wild and fuzzy guitars, a strong, rasped punk rock vocal, add a bit of harmonica, loads of danceable rhythms ”â€œ underpin the whole thing with a solid chugging beat and it all adds up to a wild and fabulous garage album with a touch of Spanish ambience.

Currently lining up European tour dates with rumoured two dates in the UK.