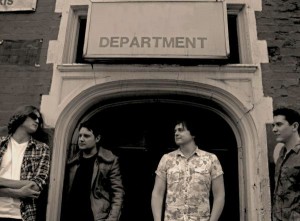 The street scenes in the clip were filmed from the passenger seat of singer Jim Rhesus’ car as it hurtled through the streets of Bethnal Green in East London. Have a butcher’s…

The album, ‘Lost And Still Confused’, can be downloaded from here:

The band have upcoming dates in London and Guernsey and are planning a tour of Germany in the summer. Meanwhile, the band are working on an EP of new material, ‘The August Disturbances’, planned for the end of this month.