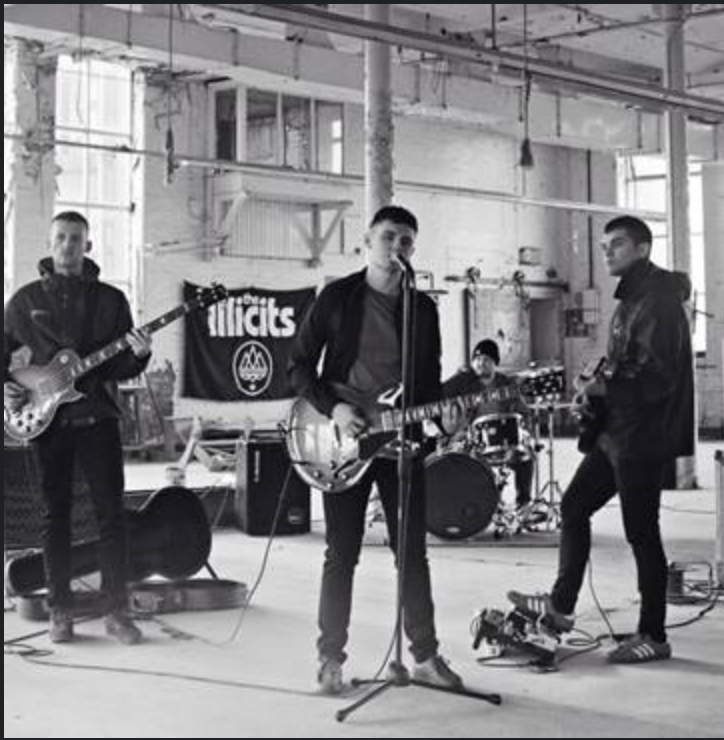 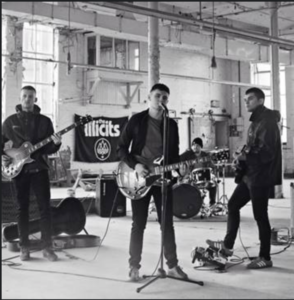 Broken mills, grey skies, rainy days… the forgotten towns beyond the broken cities still breed dreamers with guitars who believe in sound and fury and big tunes to reach for the heavens.

In the big cities music is fashion but out in these towns music really matters – it matters so much it hurts and the intensity and self-belief of bands like the Illicits is always powerful especially when allied to huge melodies. It’s the perfect combination for label boss Alan McGee who heard the band and signed them.

Alan McGee, himself, has been busy.

Out on the road on a never-ending tour talking about his life he is also in a rush to get to the future. His Creation 23 label has been signing up a great clutch of bands that reconnect the maverick label boss with the energy of youth and great melodies from working-class bands who still believe in the dream.

The latest of Blackburn’s Illicits who have built up a huge local following with their gritty punk fused post-Britpop. They may not fit in with mainstream narrative and are all the better for it – despite everything northern industrial towns still have bands who believe that guitars and anthemic tunes can change the world…and it can in the right hands…

NEW SINGLE ‘IN WHAT WORLD’

The Illicits are the third signing to Alan McGee’s new label, Creation23. Their new single ‘In What World’ is set for release 7th May 2019.

Forming in 2017, the Blackburn quartet consists of George Richards (vocals), Brad Hayes (lead guitar), Joe Mitchell (bass) and Matt Cottam (drums). Already receiving widespread attention, their music reflects their Blackburn roots; the gritty sound of the post-industrial north, blended with melodic guitars and the stark honesty of punk rock. Recently, the band sold-out the 200 capacity Electric Church in their hometown, with a performance that has since earned them a reputation for furious live sets.

This Saturday 9th March, the video for ‘In What World’ will be premiered on Soccer AM, with a follow up live performance on the show, 16th March.

Following their March/April tour supporting The Zutons, The Illicits announce The Grand, Ciltheroe, Fri 31 May for their biggest headline show to date.