Hailing from the North West of England comes a hot new rock ‘n’ roll 4 piece who go by the name of ‘The Castellers’. Louder Than War have a chat with the band.

They’ve already started catching plenty attention with their own sound, vibe and especially all their tunes. They already have several quality numbers including the blues-shuffle of ‘Five Days Time’, the Stones sound a like  ‘Jackson in the Barrel’ and the pure raw garage-punk inspired energy of  ‘To the Gallows’ – and they only formed last year.

In light of the above Louder Than War decided it was time to have a chat to the band’s lead guitar / keys player Russell Robertson on his band’s impressive start, their up coming Stone Roses film premier show, their songs and about what’s next for the Sheffield based group…

Louder Than War: Hi Russell, thanks for chatting to Louder Than War…right now The Castellers  are due to play at the Stone Roses premiere on the 30th in Sheffield, but if you could start off by telling me how the band came together and who plays what in the group that’d be great?

Russell Robertson: Well, Paul (drums), Ali (bass) & I had played together in a band before back in Merseyside.  After that band finished I moved to Sheffield for a year or so but I was out of the music scene. Me & Paul had been talking about setting up a new band so I moved back home, we were both dying to sort it. I started working with Ryan (vocals), we’d talk music most of the time so I asked him to come down to rehearsals. Neil (rhythm guitar) got involved recently , another mate i’d met through work.

LTW: You formed in 2012, it does seem that The Castellers have made a pretty fine start in that short time, what would you say it’s down to,  does it feel like its been a good start / if so why do you think?

We’ve had a really good start and its down to the way we’ve gone about it. We started off recording demos & promoting ourselves & didn’t really worry about the live side. So we’ve had people wanting to see us play and promoters wanting to put us on rather than playing hundreds of gigs in order to get noticed. We’ve all done it that way in the past with other bands but this way has suited us.  We’ve only just started gigging properly but they’re going down really well which is what we needed.

We started recording in November & did five tracks but only put three online so far. The songs have had a lot of decent reviews and all three have been played on BBC Introducing. People are diggin’ our live shows now so it’s been a good start, but it had to be, the time is now for us.

LTW: I notice the band are from the North West but base themselves in Sheffield, a city which seems to have always pretty much had a healthy music scene, bands like the excellent Exit Calm…why the move and would you say the cities music scene has responded well to The Castellers since starting out?

We basically got banned from our rehearsal room and two main venues in Southport. At that point the band was dead on its feet, so I moved back to Sheffield and that’s when I started recording. We did originally try to do the traditional way of rehearsing for months, gigs then recording but we fucked it. So new city, new rehearsal room, new venues, new start & we’re not acting like dickheads anymore.

Sheffield has always had too bands and I love the city, there are a lot of decent bands around, actually went to see The SSS, The Sherlocks & Section 60 the other night. The people seem to be into us but it’s early days, we still need to get our name out there and become the biggest band in the city, if not then its been a complete fuck up haha.

LTW: The group’s sound, I’m loving the rawness of ‘To the Gallows’ & the crossover influence of ‘Five Days Time’ between the Libertines / The Doors and The Stones…there’s a real understanding of later 1960s to the groups sound isn’t there?

Yeah nice one, all the lads have a love of the 60s stuff, as you say The Doors, The Stones, 13th Floor Elevators, The Small Faces, The Kinks, it’s all in there. We’ve tried to keep it raw and authentic and people seem to get what we’re doing.

LTW: As well as sound what do you as a group cover and write about; the titles and song writing point to a group covering a wide range of thoughts / issues…?

We write about anything from acid trips to love stories to gunslingers. But usually the story will be sort of hidden within the lyrics, its not always obvious what we’re on about but every track has meaning & every lyric has purpose. It’s something that Ryan is becoming pretty fuckin good at. Paul names the Titles of all the tracks, he insisted & I’m not gonna argue with him, drummers are fucked & that boys no exception. But me & Ryan generally cover the lyrics.

LTW: The Stone Roses film will see performances on the 30th of May in Sheffield at ‘The Bar’ from you and The Hudares, are you looking forward to it and were / are the Roses an influence  on The Castellers? Your tune ‘Jackson in the Barrel’  has that same vibe as The Roses ‘Tightrope’ does it not?

Very much looking forward to it, we’re all massive Roses fans. Me & Paul went to the secret gig last year at Warrington Parr Hall & got interviewed so we might even be in it! But the Roses are more of an influence on us as musicians rather than us as a band. We’ve written a roses-esque track, very second coming, don’t know if it fits in with our stuff though. But we love them, got to meet Mani a few years ago when playing in another band (with Paul & Ali), we played for his Beat Club night. Top geezer.

Interesting you say that about ‘Jackson’ though, hadn’t really crossed my mind.

LTW: So in the time the group have been together what’s been the highlights so far, out of the set of songs the band have produced up to now what have been the stand outs for you, Five Days Times looks to have been a real popular tune so far?

Was great when our first track was played on BBC Introducing  in Sheffield, it was confirmation that we weren’t shit haha. But yeah ‘Five Days Time’ has been very well received, it’s the same live too. I wouldn’t say there’s been a massive highlight so far though, just a fast progression which is what it’s about. We’re after management and a label before too long so we need to keep on it, we need to go & smash a load of gigs now.

LTW: How about right now, new groups and UK music scene as a whole….where are we  right now and is it a good time to be in a band? You’re still a pretty new group yourself, what’s your thoughts on working as a new group today?

For me at the moment Temples are setting the bar, can’t wait for their album. They’re fuckin mustard. There does seen to be a few authentic 60s, psyche, mod & r ‘n’ b’s bands coming through at the moment which is top because there are kids out there that are diggin it.

But its a great time to be in a band, every fucker knows someone with a laptop and recording software, anyone can go and promote themselves on the Internet so it’s there if you want it. Gigs are both a massive pain in the arse and the very reason I get up in the morning  sort me hair out and all that shit. There’s no better feeling than being onstage. But the lads in our band our either on the dole or on minimum wage so it is shit turning down gigs because someone can’t afford a train ticket or a promoter has asked you to buy 30 tickets up front to sell. But I’m certainly not complaining.

LTW: Writing and recording….What’s next, are The Castellers always working on new songs and what’s in the pipeline regarding new material?

We’ve got two other tracks that need mixing, just need the pennies. They’re from our first set of recordings so we’ll see how they turn out. Ones very Who-esque and the other has big Coral influences. But we want to get back recording new tracks, got a sitar based track that I’m dying to get recorded. But more psychedelia going forward I think. I’m always writing new tracks but I’m very selective over what I put to the band, it’s got to be better than what we’ve already got out.

LTW: Noticing some pretty good live reviews for the group so what’s on the cards for gigs and tours this year, any out-door events or festivals planned for this summer?

We’ve started booking a few gigs in, playing Tramlines Festival and supporting Argentinian band The Otherness in Sheffield for their UK tour. We’ve got 6 or 7 gigs on the cards at the moment, we should be playing in Manchester, Leeds, Sheffield and London, so it’s all looking good.

All words by Carl Stanley. More of Carl’s writing on Louder Than War can be found at his author’s archive. 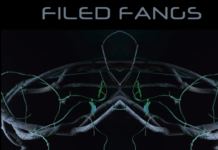 What’s Hot In Scotland This February

Interview: Liam Croker – Louder Than War talks to The Winachi...

Listen To This! Check out acclaimed track by Love & The...

February 17, 2015
We use cookies to ensure that we give you the best experience on our website. If you continue to use this site we will assume that you are happy with it.Ok