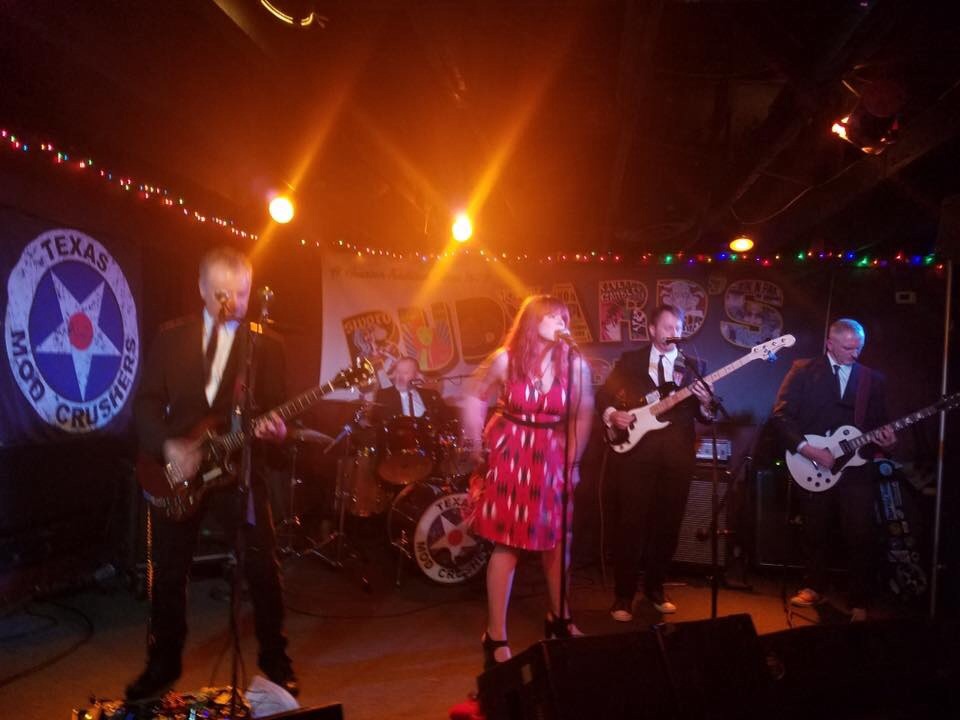 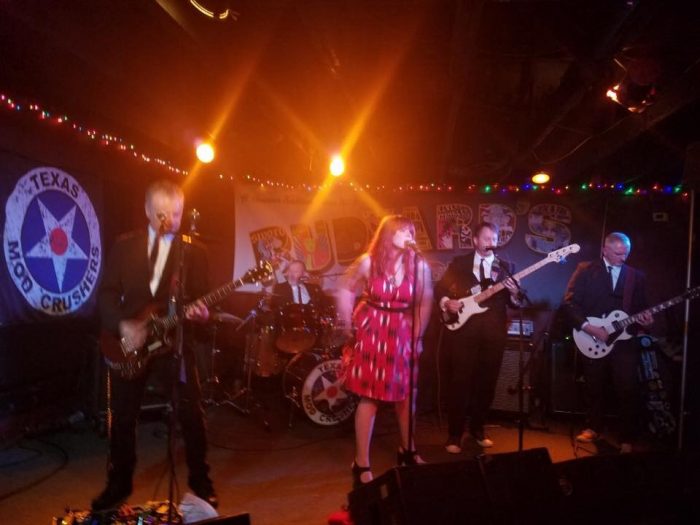 If you’ve ever longed for the Jesus & Mary Chain to return to their early obsessions with motorbike, hot rod and surf songs, then fear not. Texas Mod Crushers marry a crushing, Johnny-Ramone-style guitar blitzkreig to an automotive fixation and blazing salutes to their rock & roll heroes.

The five-piece group’s debut EP, ‘Just for Kicks’, blasts off the starting grid with a bracing, punked-up cover of the eponymous song first released by actor Mike Sarne in 1962, which has strong associations with The Ace Cafe scene in London.  The combination of the song’s catchy melody, 60s Brit-biker lyrics and Texas Mod Crushers’ pile-driver attack is irresistible.

The final track, ‘1,000 Yard Gaze’, tumbles head first into a psychobilly lysergic swamp, bringing the EP to a close in suitably deranged style.

Vive le Rock magazine has already picked up on Texas Mod Crushers, featuring ‘Papa Whiskey’ on this month’s covermount CD, along with rising stars of the UK punk scene, including Scotland’s Heavy Drapes and Reaction.