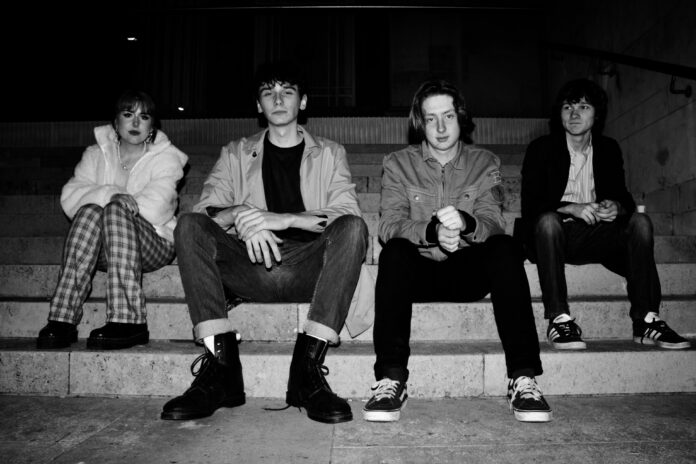 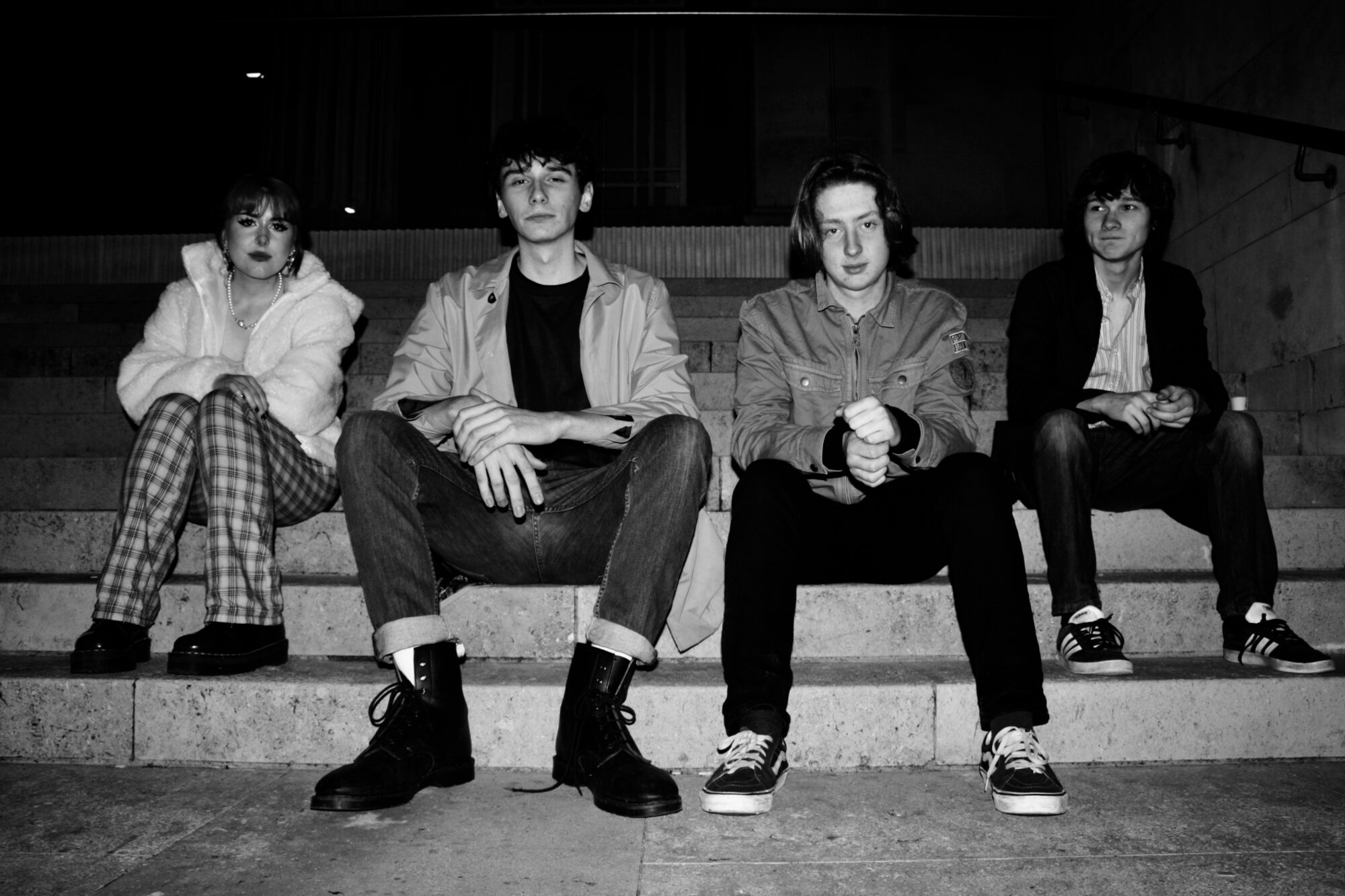 Post-punk four-piece Paid By Cash today release their debut single Sirens In The Sea, a track that refines their scuzzy, serrated earlier material into four minutes plus of guitar ructions with even more of these visceral sparks.

The Leeds-based four-piece shared their demos EP, Sounds From The Cellar, last year; a release in which the loose, sporadic sprawl firmly felt even in short bursts like the two-minute Are you Anything? of Sonic Youth is moulded to astonishing effect. Vocals uniquely half-sung, half-spoken – somewhere, in a creatively juicy crevice between the spoken-word indie vocalists and the great figureheads of sprechgesang – steer the tracks as a steady, idiosyncratic rudder. These vocals conflict with a satisfying friction amongst the mania of the instrumentation, remaining unpredictably nonchalant and sombre while guitars and drums thrash, and basslines reverberate.

The band’s debut single is emblematic of their move from wiry early Cribs and Sonic Youth post-punk experimentalism (though these influences are still lodged deeply in their DNA), and towards a crystalline, Marquee Moon-era Television styling.

Sirens in the Sea centres around a Verlaine-esque riff – pure mercury-like exuberance – and sinuous basslines. This lead guitar is melded with ‘repetition, repetition, repetition’; an entrancing Kafka of post-punk riffage, both brilliantly anxiety-inducing and anxiety rending, both progressively and cathartically circling the same metallic notes in repetitive glory. Here, the lyrics are also wrought with a similar Kafkaesque fervour.

More than anything, Paid By Cash plug an essential void in today’s experimental post-punk and shoegaze arena, virtually unrivalled in melody and their wanton destruction of song structures and norms; very much akin to the Wakefield and New York originating, riotous trailblazers before them.

Listen to Sirens in the Sea below.

All words by James Kilkenny, you can find his author’s archive here