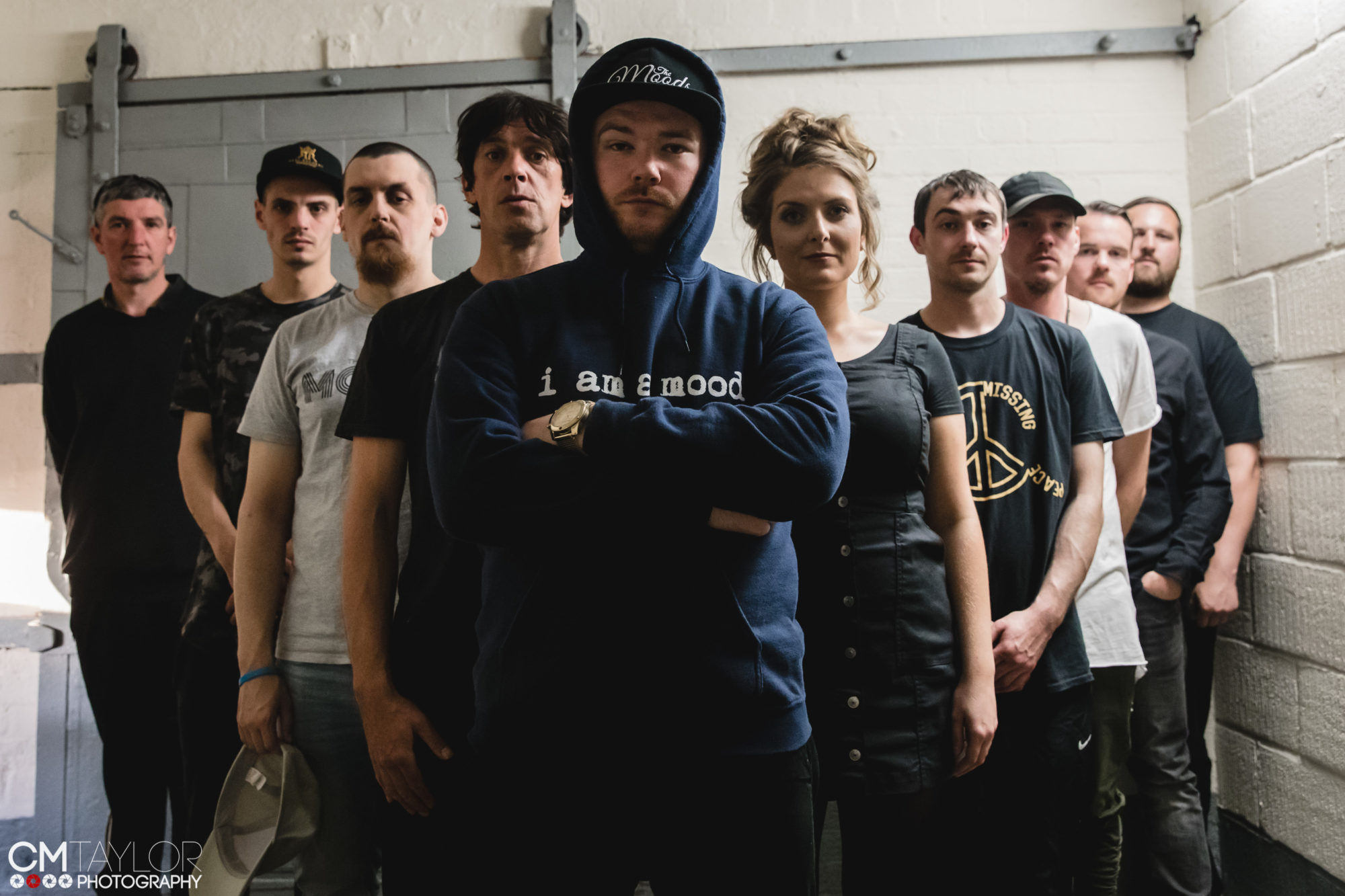 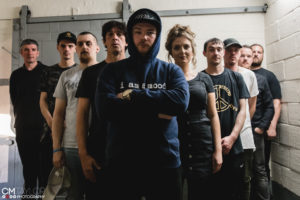 “The new Moods album, “Missing Peace” sold out of initial copies within hours of release at HMV, Birmingham, and Manchester, with Piccadilly Records and FOPP seeing brisk sales of both the CD & limited edition Vinyl.  An in-store appearance at FOPP Manchester Store, had fans queuing around the store, with the two London dates at Imperial college, that kicked off their 15 date UK tour, sold out.

“The DIY ethos of the late 70,s is alive and well, it’s a simple formula. “Make a great record, get it released on your own small label, get the record in the shops, create a buzz about your music, play live and tour the UK, make new fans, sell records. ! But today, many bands are often thwarted in following this model and getting their music heard. Often all that is stopping them is the; desire, passion and endeavor and self-belief to make it happen. We always hear about how difficult it is the current music industry climate, dwindling physical sales, the rise of Spotify and digital streaming, closing music venues, but the old school way, pioneered by the likes of Chiswick, Rough Trade, Mute, Beggars Banquet, Red Rhino, Cherry Red, and of course Manchester own Factory records, is definitely still alive and well.

The Moods, Manchester’s 10 piece premier electro hip-hop reggae outfit are proving that that it is not only possible but can be hugely successful, to release your music, get it in the high street stores and cool indie record stores, without major backing and big budgets.The new album, self recorded in their north Manchester studios Boom-shack, was mixed by Black Grape musical director Dan Broad. The band who all hold down day jobs, worked overtime, days and nights to raise the funds and wanted only the best for their music, having it mastered, by the legendary Grammy nominated, Stuart Hawkes at London’s Metropolis Studios.

The band are achieving impressive initial results, with initial “high praise for 12 track album from music blogs, gaining BBC Lancashire and Sheffield support, plus huge backing from regional radio, with airplay on 30+ regional FM/AM and student radios, play-listed on Manchester urban station Unity FM and critical acclaim in the music press and music blogs. The album is currently stocked by all major high street record stores and independent and online retailers and is selling in the UK, France, Germany, Italy and even Japan. They commenced a self-funded and self-propelled 14 date UK tour, to promote the new record and their infectious live show his already proving a massive hit with fans at venues across the UK. The tour was arranged and promoted with the support of its Salford based record label A1M, plus resources the band generates from its Boomshack studios. It’s a collaborative effort, powered by a tight-knit network of independent promoters and venues across the UK. No tour agents, tour bookers, middlemen, just old-fashioned hard work, networking with other bands, promoters, and venues across the UK.

Their current single has caught the attention of activist and politicians with its hard-hitting message and infectious beat. P.O.P (Profit over people) , it was picked up by the global VevoTV channel and has been championed by politician and broadcaster, George Galloway, with Britain’s leading conspiracy theorists, David Ikefeaturing the bands video on his web site. This is way more than just infectious rap and electronic dance music, The moods will make you dance and make you think.

Even with their record label, they have adopted a novel, collaborative approach. Teaming up with Salford indie outfit A1M records. This sees the Moods working with a collective of passionate industry professionals to make sure their mighty music receives the regional and national exposure that it thoroughly deserves. In an industry where it’s often claimed there is no hope for independents, the Moods are trying their best, to follow a formula, they have a plan, this drives them, and it helps them navigate the sometimes, nebulous and perilous music industry pitfalls that can befall many new bands. The Moods are “playing the game”, but do so in their own unique style, and without selling their heart or soul.

WHAT THE PRESS SAY ABOUT THE ALBUM:
FIVE STARS FROM SALFORD STAR MAGAZINE – “A genuine breath of fresh air…”

THE MUSIC SITE – “there is heart and soul here, not just music. This is a band for today; aware, thoughtful, talented, precise, energetic, and truly authentic.

A massive new autumn UK tour is announced with gigs in; London, Brighton, Liverpool, Glasgow, Edinburgh, Sheffield, Doncaster, Scunthorpe, Bolton and a massive homecoming gig back in Manchester in December, that is already set for a sell out. Catch the moods on Tour This autumn, and but the album Missing peace in all major UK record stores.

BUY THE ALBUM – OUT 29 SEPTEMBER