We’ve featured them a couple of times in our tips for bands from the North East and Shell Zenner‘s monthly round-up of hot sounds but now it’s time to give Mammal Club a proper introduction.

To describe a band like Mammal Club as ‘new’ feels slightly disingenuous given the amount of time they have spent on the sidelines, equally hyped and loved by those that have seen and heard them, each sharing a secret love whilst hoping that the secret isn’t ruined by sharing with too many people.

Their pedigree stems from former bands Yourcodenameis:milo and experimental Tyneside rock act The Eyejab and their sharp musicianship and tight performances have won them a reputation as the band that other band members wish they were in in the North East.

After having released their first record, The Au EP in 2011, Mammal Club have slimmed down to a three-piece placing further implausible demands on frontman Wilson Astley who sings, plays guitar and synth, all while sliding and skipping around the stage like a man possessed (he is also possessed of great hair and perfect skin ”â it’s hard to love some people).

Their new single ‘Painting’ will no doubt draw further comparison to their friends ‘Everything Everything’ expanding on their layered, beautifully crafted polyrhythmic sound.

Unusually for such a complex set-up they also transfer their sound well live ”â from secret studio gigs in Newcastle to their recent performance for Vice Magazine in Shoreditch’s Old Blue Last.

Seek out their live treats on YouTube and check out their latest single ‘Painting’ (Everybody’s Stalking). 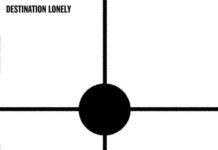 Are Foals the best band in Britain?

January 15, 2016
We use cookies to ensure that we give you the best experience on our website. If you continue to use this site we will assume that you are happy with it.Ok