Home Music New Band of the Day: Lola in Slacks 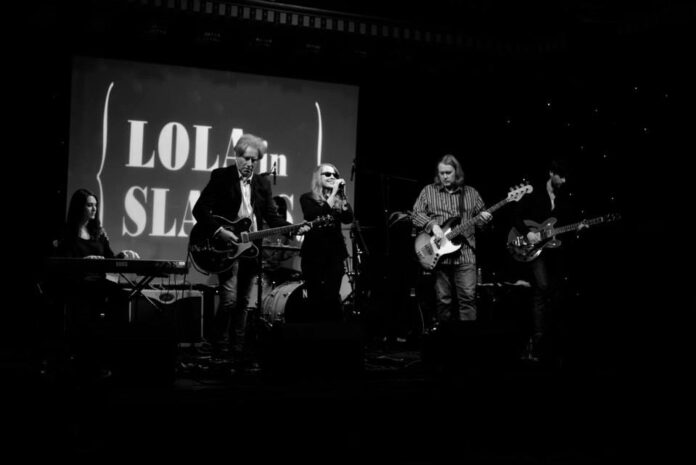 Ahead of our bands to watch in 2015 we encourage you to take a listen to Glasgow’s Lola in Slacks.

Lola In Slacks made a startling arrival in Glasgow this year, releasing an astonishing three-song demo that showcased their ambitious, literate songs.

The group is fronted by spell-binding femme fatale, Lou Reid (!). Like her famous namesake, Lou is never seen without her shades, but has been captivating audiences with her distinctive and mesmerising voice, which effortlessly fuses Eartha Kitt and Marianne Faithfull.

Lola In Slacks exude the sexy garage swagger of The Velvet Underground and the bold confidence and freedom of Tim Buckley.

Their indelible songs are written by Reid and guitarist Brian McFie and brought to life with the help of a stellar line-up featuring Lesley McLaren on drums, Davy Irwin on bass, Villy Karagouni on keys and Martin Stuart Taggart on second guitar.

A single is expected in early 2015, and I’m holding my breath for a full album in the same year.

You can hear Lola in Slacks on Soundcloud.

All words by Gus Ironside. You can read more from Gus on Louder Than War here.