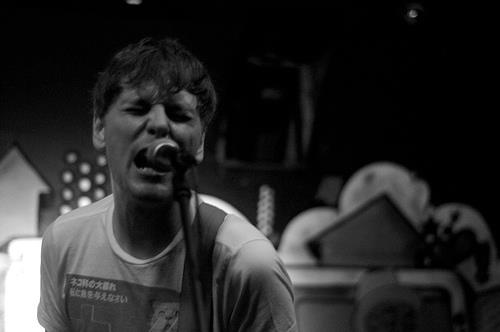 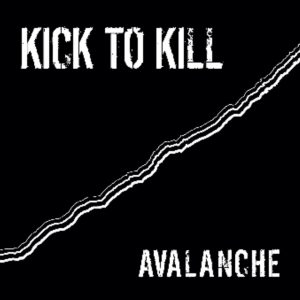 Kick To Kill were mentioned in a LTW blog back in December 2011, so they don’t fit the criteria for New band of the day – but we like em so much we are ignoring the rules!!

Ever noticed how when you go and play those old singles from years ago; the first singles of bands often now straddling the globe; that no matter how good the song was the noise coming from your speakers just sounds weak ”â€œ it’s down to the studio engineer, the producer, the final mix and the mastering. To get that right, up to a few years ago not only took talent… but money, and money tends to be the thing young bands have the least of.

Fast forward to 2012 – you still require an equal amount of talent; however thanks to technology you don’t require quite as much cash…

Enter Glaswegian four piece Kick To Kill who sadly were not named after the Noise Unit (aka Frontline Assembly) track; despite this their new single ”ËœAvalanche/JMK Remix‘ creates an enormous expanse of noise; the sound they create draws upon the bands knowledge and love of all things post punk; Joy Division, Echo & The Bunnymen but with the benefit of current recording and production they have crafted a huge expanse of sound, it’s clearly influenced by Joy Division, The Stooges, Jesus And Mary Chain, and all things new wave – they retain a darkness to their sound but deliver with head crushing impact, as witnessed at their select live shows, which in turn has earned them support slots with The Fall, A Place To Bury Strangers, The Damned and John Cooper Clarke amongst others

With a debut album set for release later this year, 2012 could be the year for audiences to discover Kick To Kill. ”ËœAvalanche’ is out 14th May on limited edition vinyl replica CD and DL via Flowers In The Dustbin Records.