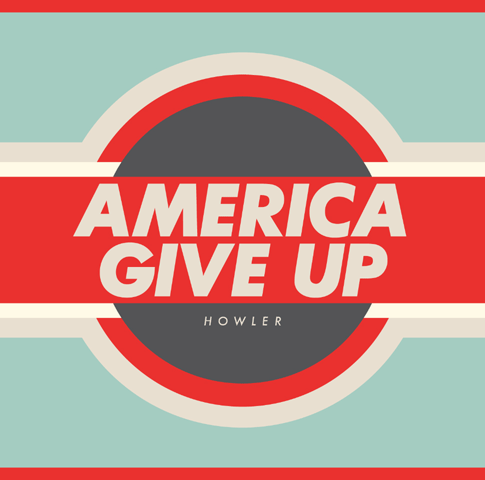 Howler, a new young band based in Minneapolis who are set to release their debut album ‘America Give Up’ later this month on Rough Trade.

A glorious mash-up; Howler are a bit of a Vaccines-drums-Strokes hybrid with hints of summer sun and Spectoresque 60s pop, but played by The Jesus & Mary Chain bolted onto a early punk CBGB’s garage thrash that has previously been described as ‘sun-kissed garage rock’.

Fronted by Jordan Gatesmith who was previously in the wonderfully named Total Babe; Gatesmith delights in reminding us that both Husker Du and The Replacements were also from Minneapolis whilst letting everyone know that both The Ronettes and The Shangri-las feature heavily in his record collection.

Shell Zenner first mentioned them here on LTW in December 2011 but with UK dates this month, now is your chance to see what all the fuss is about;