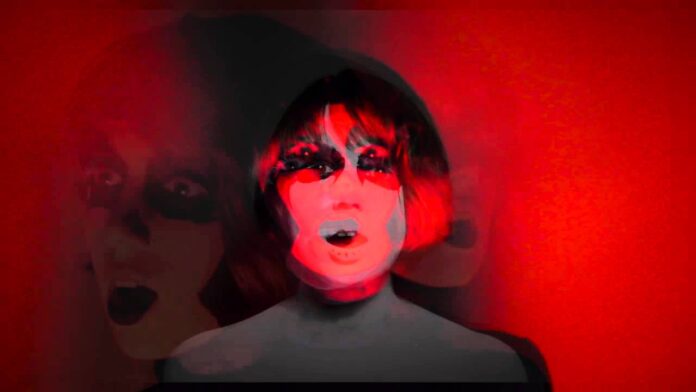 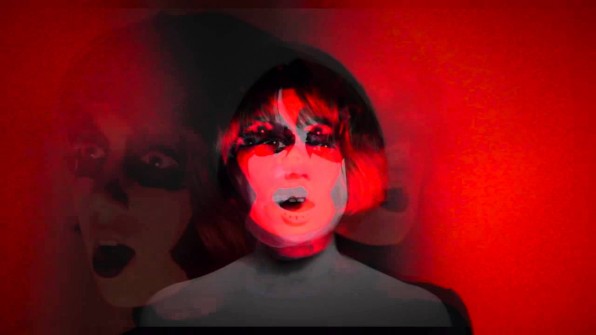 In our first despatch of 2014 from our Cork correspondent Eddie Kiely we meet dream pop band Elastic Sleep ahead of the release of their new EP, Leave You, on his own label FIFA Records.

Elastic Sleep are a Cork-based pop band. Channelling visceral hooks from the darker recesses of the heart, the band expresses the melancholia inherent in the human condition through fragile melodies, primal rhythms and ethereal feedback.

Their début offering ‘Anywhere’ was self-released in 2013.

Clocking in at 2 minutes and 12 seconds, the micro pop mantra earned the band international attention from blogs, nationwide airplay, a slot at this year’s Hard Working Class Heroes festival in Dublin and a deal with Cork independent label FIFA Records.

Elastic Sleep released their follow up ‘You Only Live Twice’ as a free download with accompanying video on Fri 15th of Nov with on EP release due out in Jan 2014.

I posed some questions to Elastic Sleep guitarist Chris Somers in the hope of gaining more insight into the band.

Louder Than War: Elastic Sleep were formed from the ashes of some very different bands, was it tough to find a definitive sound at first?

It was mostly the ashes of one band, that three of us (Chris: guitar+vox, Muireann: vox and Ruairi: bass) were in called Terror Pop. Brendan (guitar) and Dan (drums) are still active with their bands Une Pipe and the Great Balloon Race, respectively.

The early songs like ‘Anywhere’ came together from demo’s I’d made with Muireann, so the basis for the sound was there from the beginning and was developed by the full band. We weren’t going for any sound in particular, it just happened.

How do you find writing and recording? Do you follow a specific process?

It’s quite varied. Sometimes we’re playing demo ideas practically verbatim, other times it’s an idea that is brought in which we develop through jamming. There’s no golden rule, just people, process and patience.

Is there ever a chance of getting over adventurous in the studio (not being able to replicate things live, etc…) or is it a case of not following the rule book?

Because I record the band and we’re not on the clock we have the luxury of pushing the boat in terms of capturing sound and trying things out. I don’t think you can ever get over adventurous in the studio, it’s the best place to dissect what you’re doing in a creative way.

In terms of replicating sounds live, we tracked the rhythm section live for the EP and for ‘You Only Live Twice’ we did the backing track totally live in the same room we practice in.

People find that to be an unusual approach these days because of how compartmentalised the recording process has become, but it’s far more healthy than trying to inject to your ‘sound’ into the recordings after they have been made.

What inspires you lyrically?

Pain and loss, for the most part. The pain of memory. These aren’t necessarily sad songs, just songs that express painful feelings.

How many songwriters are in the band?

We five are all songwriters in this band. As I said earlier, the initial songs were fully formed by myself and Muireann but that has changed a lot since we started since the band got up and running.

How difficult is it to pick and choose what gets used and what gets scrapped?

There’s never any hesitation when it comes to throwing out something that doesn’t work and it’s usually apparent straight off that bat if something isn’t working.

Even though the songs are all quite different in their own right it’s very obvious when a song isn’t getting the right feeling or energy across.

How do you find the current Irish music scene in 2013?

It’s a mixed bag at the moment. There’s no underground, there’s no mainstream just more bands and information than ever so it’s hard to classify what constitutes a scene.

The ultimate cliche happens to be the ultimate truth in that a lot of great artists aren’t getting consideration in terms of column inches yet there’s more media to write about and discuss Irish bands than ever.

The internet has given a personality to a number of entities that didn’t have or require one in the past and not always for the good of reporting on what’s really happening in Ireland.

How do you find the current Cork music scene? Which bands stand out?

There’s a good feeling in Cork at the moment I think amongst bands and artists. I think there’s more belief in music that’s from and happening in Cork than there has been in recent years.

Then again each generation of ‘new’ bands is riding the crest of a wave in being that new exciting thing. Bands that stand out would have to be The Altered Hours and O Emperor, though with O Emperor there’s some freak element involved. They’re on another level in general.

These are groups that are amazing to watch as bands and as people we know who are taking something musically exciting out of Ireland.

How important is location when it comes to Irish artists?

That’s hard to say as everyone is a product of their circumstances. Of the two bands I mentioned about only one member is actually a Cork native so what does that say of ‘Cork’ bands?

All of these people seemed to have gravitated to this easy going place where they can work on music for some mystical reason that’s beyond my comprehension. It’s probably easier to get more exposure in Dublin, but to what end? I can’t imagine how tough it is for artists in the midlands and the west to get written about or picked up.

What’s on rotation in the tour van?

At the moment it’s jazz drummer Art Blakey Live in Tunisia and Macho Man Randy Savage’s Be A Man album.

When on tour, do you have a favourite pit stop / venue in the country?

The nooks and crannies are great and thankfully there are a number of them. Pine Lodge of Myrtleville is a seaside inn of sorts with a decor that mixes Twin Peaks ‘Roadhouse’ with a touch of parochial hall. Also it’s by the sea, which is crucial.

In Cork places like The Pavilion and Cyprus Avenue have always looked after us and other local bands really well while hosting great international acts too.

Having said that we’re looking forward to Bourkes in Limerick next week with Galways garage pop quartet ‘Dott’.

Everyone who we’ve mentioned the gig to who has played there tells us we’ll enjoy it, but nobody can ever seem to say why.

Do the band have any Spinal Tap moments?

We’re all pretty graceful. While there have been no tap moments there have been hundreds of Simpsons moments. Brendan almost drove up to the spire (the big prick on the pedestrianised part of O’ Connell Street, Dublin) recently at my beckoning in front of a number of Gardai.

Was it a tough decision joining FIFA Records?

Not at all. Ashley (Keating) and Eddie (Kiely) are two people who have been instrumental in getting a lot of great music out of Cork in the last eight years or so. Ashley came to us with a real interest in what we were doing as a band as opposed to something that was potentially on the rise, which I think stems from his own experiences with The Frank and Walters.

FIFA Records invest a lot personally in their roster and it’s showing now more than ever. It’s hard not to overstate how great it is to be in a position where people want to help you out because help in the music industry isn’t always what you might want it to be.

In late January / early February we’ll be bringing out our EP, ‘Leave You’, on vinyl with FIFA Records. We’ll be doing a national tour around that with plans to head over to the UK in April or May and with a view to releasing the EP over there as well with plans to do Irish festivals throughout the summer.

In the meantime we have a new single out in the form of our twist on Nancy Sinatra’s You Only Live Twice, the video for which was directed and shot by David Mathuna.

Interview by Eddie Kiely. More from Eddie on the Cork scene on his author profile.