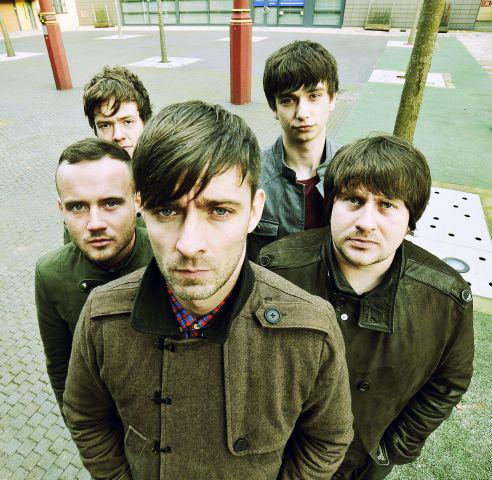 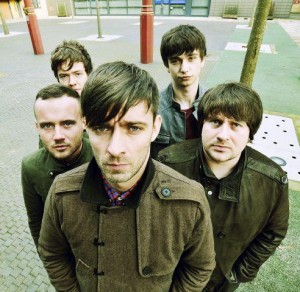 On the night of their debut London gig, Dave Brown from LTW met up with Manchester band Daystar as they prepare for the release of their third single “Don’t Need This”Â. Their self-titled debut album was released in 2011 and features their first two singles “Slip and Dive”Â and “Off Our Heads”Â

The band formed in 2009 with Si and his friend Phil Cuthbert writing songs as a hobby. Fed up with the Manchester club scene where he worked, Si enlisted workmate Ste Wood on bass, Ryan Arnfield on lead guitar, Tom Mallas on drums and are currently on their fourth rhythm guitarist Budgie.

The album came out quickly rather than the long slog of lots of gigs before a release. Si explains “We already had the basic songs so it was just a case of getting the other guys on it and to be honest we didn’t have a clue what we were doing when we first started. We got to the point when the album was recorded, and we said let’s get it out there, and our friend Dave Cooper set up a record label to put it out”Â

The songs on the album have plenty of reference points in Manchester’s rich musical heritage from the Sixties through to the current day, but rather than sounding derivative, there’s a unique quality to their sound. This is evident in both in lead singer Si Monaghan’s vocals, a world away from the gravely snarl of many Mancunian frontmen, and the melody and harmony of the dual guitar, bass and drum set-up of the rest of the band. 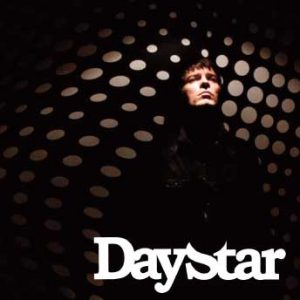 The eleven-track album clocks in at under 36 minutes, there’s no stretched out guitar solos or rock posturing, just honest, soulful direct songs. It’s full of potential singles. Ste explains “The first album needs to get into people’s heads and that was the idea of it. With six minute songs as an unknown band, they’re forgettable unless there’s a hook. The songs we’ve got are catchy and they have hooks that stick in the head for days. I walk round the flat, humming a tune, wondering what it is and then realising it’s one of ours.”Â

Even though they’re on at 8.15 in the opening slot at This Feeling, there’s a fair smattering of people come to check them out. The six song set is a mix of the album, including a stretched out finale of “Don’t Need This”Â that finishes with Si off-stage in front of the crowd, and three new songs which show that the new album.

The plan is to release that album in early 2013, and, from the sound of the three songs they play from it, it is going to be a step forward for them and will hopefully get them on to the bigger stages that they show they’re more than ready for. Whilst sounding heavier live than on record, the harmonies and melodies are still very much to the fore and there’s no shortage of confidence.

Si talks with great excitement recording the new album. “The second album is sounding great now, what we’ve recorded. The lads are all writing now as well as the songs I’m writing with Phil, who’s still involved on that side. It’s working pretty nicely, and we’re learning from our mistakes. Some of the songs are going in a different direction. When we recorded the first album, we weren’t playing live and we didn’t understand the reactions the songs would get. We’ve realised that although we love the songs, we want to make something more epic and more raw and we’ve tailored the songs to work that way in a live environment. Three of the songs are five minutes long, and my vocals have come on so much and I’ve got much more range”Â.

This time round, they’ve worked how they want to get the record out there. “The plan is to get our profile raised, playing support slots and build up a following and anticipation for the second record and do it properly, putting out a single ahead of it and then taking it to the next level where we can take off”Â They have the songs, the look and the togetherness as a band that can see them achieve whatever they want to.

“Don’t Need This”Â is released on March 12th.
Physical copies of the album are available from Piccadilly Records and to download from Amazon and I-Tunes.
Daystar support The Twang at Derby University on March 10th and Crewe The Box on March 23rd, The Rifles at the Ritz in Manchester on March 29th and will play This Feeling club night in Manchester in May.
A fourth double A-side single “Sleeper”Â / “Mrs Joe”Â and the first single from the second album are planned for later in the year.