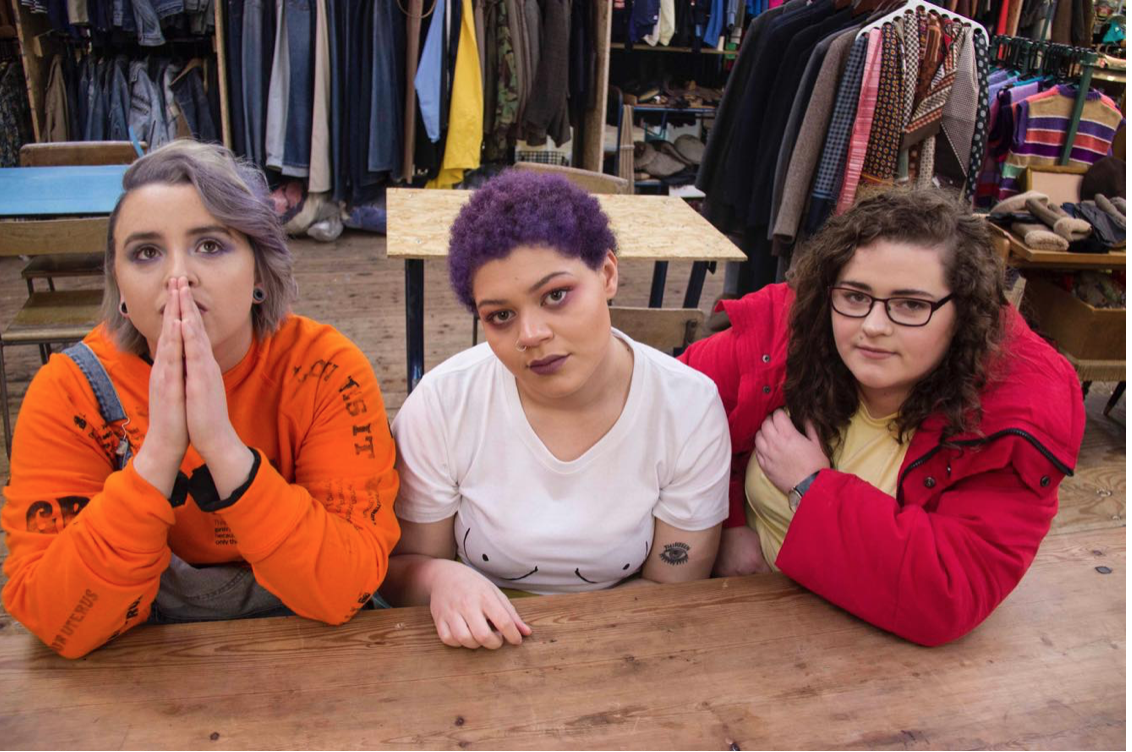 ‘Big riffy fuck off kinda attitude’. – It’s what we grew up with!

CHERYM are a three-piece all-girlcgarage punk/ noise/pop band hailing from Derry and keeping up the tradition of Derry producing the best in noisy, punky pop with attitude.

Formed in early 2017 when Hannah Richardson, lead singer/guitarist and her longtime friend Lauren Kelly decided to stop talking about it and  ‘let’s do it’. They were soon joined on Bass guitar by Nyree Porter who had some experience of gigging as a solo artist and in bands on the local scene. As Nyree explains ‘it just clicked we got on and they all wanted to be my friend’. In 2017 they went from strength to strength with support slots for DOA and XSLF and a full set list of original songs all high up on the list of the year’s highlights.

Musically as you might expect they take some but by no means all of their influences from the Riot Grrrl scene and bands like Bikini Kill, Hole and Babes in Toyland. Mix that with their love of grunge and a good pop song/chorus and you begin to get the picture.

Hannah tells us  ‘When we started the band we fell in love with the idea of having big, riffy, past paced tunes that channelled an ‘I don’t give a f*ck’ kind of attitude, it’s what we grew up with!

Having recently been selected as ones to look out for by influential online music magazine The Thin Air, 2018 looks set to be a good one with the release of their first single ‘Pretty Boys’ on 03 March with a follow up EP “Mouth breatherz ” to be released on 24 March. Both the single and EP will be available to download from Spotify, Bandcamp and Apple Music.