Home Music New Artist New band of the day: Catfish And The Bottlemen 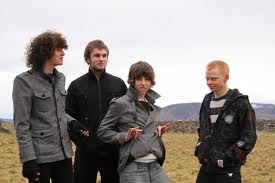 Catfish And The Bottlemen

I first came across these guys back in 2009 when they took to the stage at Moho in the Manchester Northern Quarter, there presence was noticed immediately when the crowd stopped talking instantly and witnessed a unique bombardment of good solid rock & roll tunes, mixed with guitar melodies long lost from today’s sounds.

Now two years on Catfish & the Bottlemen have gone from strength to strength and have developed into a band to be reckoned with.
Spawning from the seaside town of Llandudno, North Wales these four guy’s seem to have unearthed there own style and have really bedded in as a band, merely down to there hard graft and months of touring, and believe me, these guys never stop gigging.

There official video of Sidewinder was launched on the 19th Jan 2012 and has nearly hit the 4000 mark, and that is down to being a great hardworking band.

They are well worth watching.