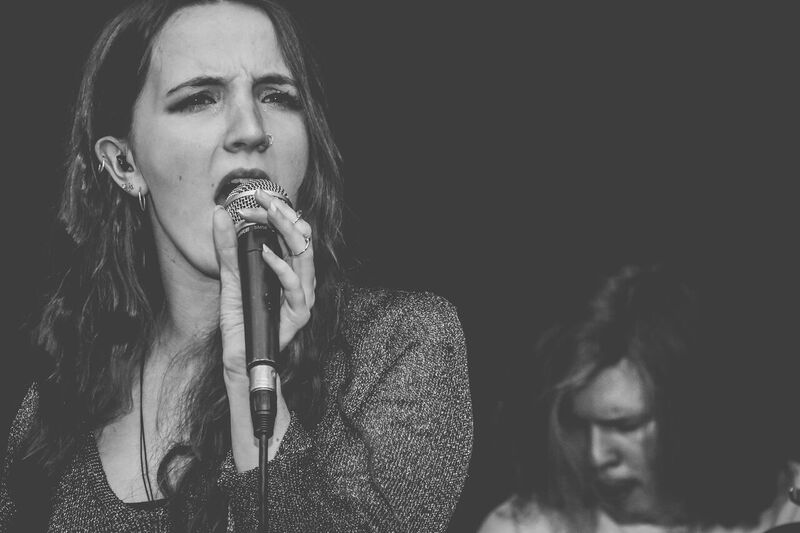 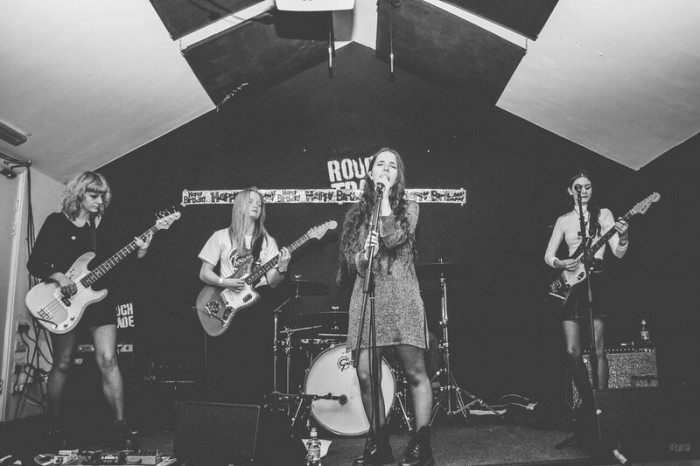 There’s an ace new Riot Grrrl-channeling alt rock band around Nottingham and we were lucky enough to catch Babe Punch as they opened Fan Club’s first birthday celebration at Rough Trade Nottingham a few weeks ago.

Meeting a school five-piece alternative rock band Babe Punch are gathering a reputation around the Nottingham and Derby scenes for their energetic live shows, and their snarling sound.

Still teenagers the group reference Riot Grrrl as an influence and despite their youth are making music which has all the vibrancy and bravado of their young years matched with a mature understanding of the systems they rally against. Even their name is about taking back ownership of the word ‘babe’, bringing a more positive association to the label.

There are a handful of tracks online, and live dates are worked around exam schedules. Their blend of alt-rock, punk and Riot Grrrl results in a multi-layered sound of dissonant but complex riffs, tumbling drum fills and vocals that have as much in common with all-girl ’60’s pop as ’90’s grunge.

And while their are some obvious influences the band cite some more surprising touchstones for their personal playing styles – Hole and Courtney Love’s influence pervades through the band but in the rhythm guitar Billy Bragg’s strum is referenced and lead guitar harks back to the pure guitar pop of The Beatles. Lyrically it is perhaps most surprising that Oasis and Catfish and the Bottlemen have been pointed to in the band’s previous interviews with the local press – both artists with more in common with The Lad Bible than Simone De Beauvoir, perhaps most strongly at odds with the strong feminist agenda the band have.

Regardless,  this is a band who can get your mind working as much as your feet tapping.

While loads of teenagers pick up instruments and carve out some songs with their mates it’s unusual to find a group this young who have such a developed sound, such a clear vision of what they’re doing and why. Yes, some of that is about having fun and playing cool shows with other cool people – and so it should be – but some of it is about making art that challenges, that has an agenda.

Mostly it seems to be about making an amazing and amazingly-honed sound. A young, new band who seem to have quickly found their sound and have an unusually deep set of influences coming through, a tight live sound that doesn’t restrict their sense of fun.

Catch them now – it’d be no surprise to find the band not he same trajectory as the likes of Haim, Hinds or Blossoms come next year.

You can catch them live at:

All words by Sarah Lay. You can find Sarah on Twitter and her other articles for Louder Than War here. You can also hear her present Louder Than War’s recommended track of the week on The Rumble with Pete Darrington each Tuesday night from 8pm on Radio Andra.