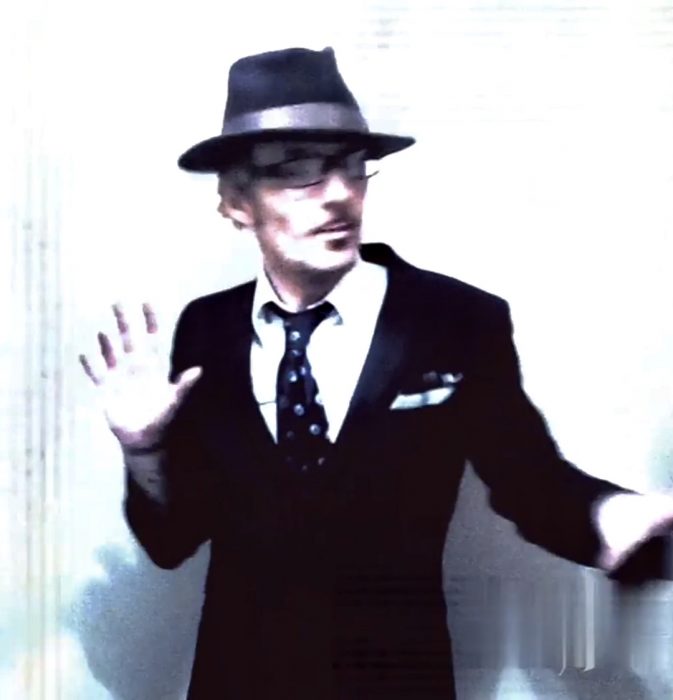 Well here is something new, exciting, rather fabulous and sparkly for 2018 and it would seem we are catching up with this act in their infancy; they’ve just emerged from their pupae phase as fully-grown moths as it were.

Usually I’m not a fan of ‘Lo-fi’ recordings and yet their inherent sound has the potential to make a huge impact on your listening pleasure. This first track I was made aware of is entitled ‘Little Moth’. It starts off with vast intrigue as a darkly spoken voice tells a story about a moth over creepy synthesizer and string sounds, then a beat kicks in and stops where you hear “burn his wings to fucking shreds”, that’s when the tune bursts into action from nowhere with a dynamic thrust of energy. There is not even a sung chorus at first, just a beautiful noise of synthesizers very reminiscent of Muse. It returns to the narrative and later we get the chorus “We are the army of moths” towards the end of the song. It’s not your conventional pop song structure but the vigour of the track grants it some serious gravitas. It’s easily an opening track for an album and a smart introduction to the band. After playing the song on loop I decided to contact the artist for an interview.

The man behind Army Of Moths is a guy called David Sheridon, with his sidekick Debz Joy who contributes with vocals and lyrics on some of the tracks, so it’s fair to say they are a two-piece band on occasion. Together they had been doing another project as a different band called the Polymorphic Love Orchestra t, however David decided he wanted to do something new for 2018, stuff that he hadn’t done before plus the fact he had written lots of new songs and wanted to go off in a fresh new direction. I feel the band name Army Of Moths has serious substance to it so I enquired about its origin. He told me the name originated from the fact he always loved the moth, it’s an insignificant beautiful little creature that spends most of it’s life or it’s time yearning for something that will ultimately destroy itself. Heading for a light or a flame, it cannot help itself. It’s a romantic idea, a Shakespearean tragic idea that we are all trying to reach a goal and when you reach it then ultimately it’s the end. It’s a beautiful tragedy!

I suggested to David that I’m hearing elements of artists like Muse, David Devant, Elastica and perhaps Alex Kapranos from Franz Ferdinand in the music of Army Of Moths. David said, “I didn’t have them in mind but I do like them”. So I asked him who are his influences. David replied, “Well I like a lot of the Brit-pop, guitar based music, that influence is always there”. He champions Britpop in general as a great era which he attributes it as a return to the golden age of guitar led pop songs from the sixties, the Britpop scene was born out of British artists growing up listening to their parents record collections of artists like the Kinks, The Small Faces, The Who and The Hollies etc.

David Sheridon’s favourite artists are Cardiacs, The Stranglers, Adam And The Ants, Magazine, Major Parkinson (from Norway), Blur and Madness. He insisted that Madness were a machine of great pop songs with longevity and that their last few albums are highly crafted with very beautiful pop songs. We ended up talking about their fantastic album ‘Liberty Of Norton Folgate’ as one of the finest and most consistent albums, he mused, “As I’m older now I really appreciate that bands are more revered now than they were for quite some time, so the bands that I loved to see growing up like The Damned, Adam Ant, Madness and Cardiacs have all matured and as they get older they don’t have to worry about what’s going on currently, plus you get to appreciate music purely for what it is, as opposed to trying to do something with one eye on wondering if this will be successful or will people like this? So they now get to do things that are more about you and all these bands have become better because of this.

David tells me has been writing for twenty years now, he pretty much can get a song idea in his head and record it within half an hour in his lounge and writes material pretty much every day. Debz Joy interjects with “David is the most prolific writer she’s known, his music is incredibly accessible whether it’s punk, pop, psychedelic or glam, it’s commercial and it needs to be heard! He loves recording at home but wouldn’t mind recording it in a studio if the band had the budget to do so and create a proper product”. With all this in mind I asked what else can we expect from Army Of Moths and was promptly sent another track called ‘Euphoria Gloria’ which in my opinion has hit record written all over it and suggested that this is the one to push first, to which he agreed, “It’s an obvious single”. The song is about a lady who on the outside looks successful but has mental illness and kills people.

We also touched upon the subject of today’s current music scene and about listening to modern music, he said sometimes he yearns for something that used to be, dancing to great indie records in clubs and the partaking of dressing up too. He makes a great point that people say angst is the tool of the youth, it’s not, the people now that are angry are the middle aged people frustrated and suffering, it’s the generation that never got rid of their angst and want to do or have something more interesting to listen to. It’s those people who are still buying vinyl and cds and we agreed that we rely heavily on bands we were big fans of to provide us with new music these days.

Army Of Moths is pop with an edge, leftfield pop with the ingredients to appeal to all. No live dates are planned at the moment but this is just the beginning of their life cycle and are now in search of the light….the limelight that is!