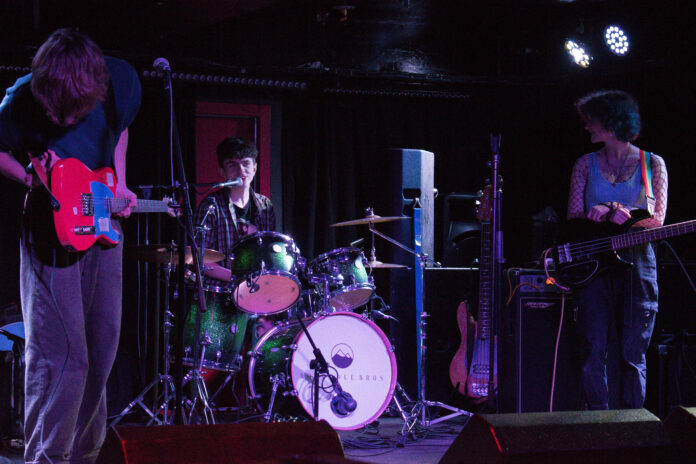 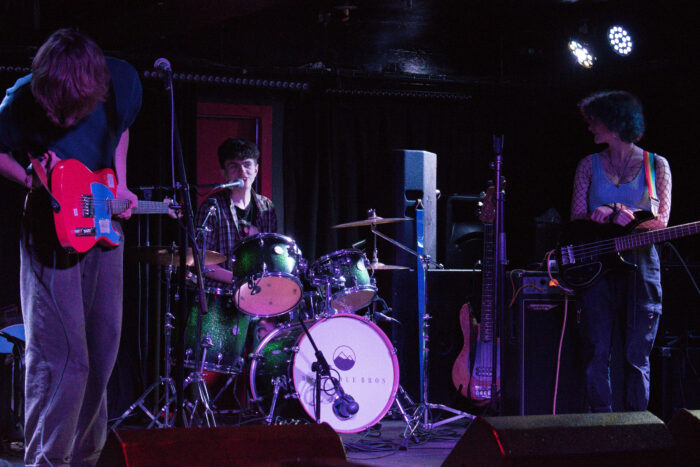 Wine Moms: Teenage rage, punk reinventing itself & Bezos with a side of fries…

Wine Moms released the Daryl EP in July 2021 and a single track I Hope You Have Regrets on New Years Day 2022  Wine Moms (bandcamp.com). Tom Robinson played them at two in the morning on his 6-Music BBC Patronising new talent slot, but they deserve more than that. A ‘teenage punk band from Glasgow’ they prove the genre re-invents itself with each new generation. Intuitively their teenage frustration and focus makes them the punk band you need to hear in 2022.

The song-title alone, as well as the actual song, ‘Bezos With a Side of Fries’ is just one of the reasons why Wine Moms are a fantastic band, despite having only been together for a matter of months.

Mouth-watering, crispy-coated Bezos, deep-fried to perfection with monosodium glutamate and cheese… Mmmm. Tasty!   The billionaire megalomaniacs name does actually sound like a fast-food snack if you live under a rock and had never heard of the man.

The song is a massive middle finger to capitalism and the way it only makes the rich richer. The classic ‘Eat The Rich’ message, hence the title.

It’s meant to address the way that these elite billionaires are so wealthy that no matter what they do, they can walk away with no repercussions and their actions are forgotten about. In the end it comes down to one lyric, ‘Eat the rich or starve the poor’. It’s a call for change.

From a musical standpoint, I was listening to a lot of IDLES at the time and really loved the energy they put into tracks like ‘Mother’ and ‘Heel/Heal’ and wanted to encapsulate the same type of anger into a song about an issue I felt so strongly about!

At first glance and a quick listen Wine Moms might appear to be a non-descript. average band of teens – but once you read the lyrics and watch the only bit of live footage of them on You-Tube, you soon realise that this could be one of the most exciting new, young punk bands for a long time. Really.

When (my old friend, the Southampton bass-player and Lou Reed stunt double) Dangerous Dave Boland recommends you listen to a band, then you’d best take his advise. (I presumed they were relatives, they’re not, he just discovered them online.)

Clever-clever art-rock irony with post-punk influences may be the current thing – but the raw power of three 17/18 year olds from Glasgow using the same old format: guitar / bass / drums / shouty singing is just irresistible and unbeatable when it is done with this kind of focus.

I asked Adam who inspired them to want to play ‘punk’?

I don’t think I could pinpoint any specific band that really made us want to pursue music but one song that really had an influence over us is ‘Territorial Pissings’ by Nirvana. The way the guitars are so messy, the drums are so relentless, and the vocals are so loud just really makes you wanna grab the nearest instrument, get on stage and just play as hard as you can. The pure energy in that song is just pure punk to us.

The first EP, named Daryl for some obscure reason, is to my mind, a Spiral Scratch for the Teenage Generation of 2022 – or could-be – if there is the will for it to be…. Four Songs: Two exceptional, two ‘OK’ –  Formaldehyde and Dead Or Alive being the latter.  They are pop-punk-personified. Anti-Love Songs with catchy choruses and bounce. Blink 182 style. Not a bad thing. All The Small Things is class no matter what most of my generation of punk purist bores will tell you.

TV Man, like Bezos, is quite incredible: beautifully constructed lyrically: The verses have three lines that rhyme, ending with;

Followed by a jarring line that doesn’t …

And we can do nothing about it!

Or an anguished roar of…

And they never even fucking listen!

Adam:  TV Man is a critique of the media and how much influence they have over what we believe.

The distorted vocal is Adam who also drums. The clearer chorus is Evan Wadsworth- a bowl-haired young Thurston Moore lookalike on rhythm guitar. Bassist Gemma Ferrie is the youngest at 17 and has the static cool of Kim Deal when Pixies first appeared, or going further back Gaye Advert in 1977.

Wine Moms are a punk band with No image, dressing-up or dressing down, silly hair cuts – just great songs, real content – authenticity and youth on their side. They seem to be doing this for fun and to channel rage into something productive.  Not to be rich and famous. Although, you can never rule that out. This stuff used to sell loads… Green Day are millionaires.

(Before we go any further.  Lets get this straight.

Including professional bands, bedroom and garage amateurs and electronic duos and solo artists, I wonder just how many ‘bands’ or units there are making music in the UK? 250,000?  I don’t know. Half that? Double that? So what chance does one group have of big-time ‘success’? (I say this because…I don’t want the band thinking they can quit their studies/day-jobs… getting a LTW feature is not ‘like getting a Peel session’ back in the ’70’s like some people seem to think. They are good. Really good. But it’s still early days…)

The newest track I Hope You Have Regrets has excellent eye-catching artwork. Similar to Linder Sterlings Orgasm Addict art in a way. Where did it come from?

Our really close friend Megan Buckett showed us this art style called Dadaism so we all sat down cut out a bunch of shapes and that one stuck!

‘Punk is the nearest the working classes got to Dada’ said John Cooper Clarke a long time ago. Wine Moms didn’t know that. That makes them intuitive punks.

The initial lyrics are muffled and mumbled. As if they don’t really want to be heard: I hate this life / And both my eyes / They make me cry / I’d rather die.   The guitar playing is insistent, fast and builds and builds the tension.  I hate your tongue / You sit and squeal / I was just young / How should I feel?  Before the release of frustration that is the chorus ‘JUST GO AWAY! / AND LEAVE ME BE /  YOU LEFT YOUR STAIN / ALL OVER ME.

Later, instead of a guitar solo – there is just a scream of one word: Staaaain!

It’s simple, cathartic and just superb. It reminds me of the early Scars (Scots cult band) mixed, yeah, with a touch of Nirvana, and the economical lyrical dexterity of Howard Devoto: I hate your words / They did too much / And half my friends / Don’t give two fucks..

I Hope You Have Regrets is about a relationship that seemingly ended really calmly and respectfully, only for me to find out later they had told everyone about parts of me I wasn’t ready to share yet.

In the end it isn’t about my experience, it’s more for everyone who has been hurt and wronged by someone who got away with it with no repercussions,  and has that sense of just pure silent rage that they can’t really express.

When they finally release their debut album I know exactly what it should be called – Adam used the word twice during interrogation: It will be an album about youth finding it’s voice against the toxicity of former lovers and and greed of billionaire capitalists – there will be… Repercussions – an album full of songs of rage.  Punk reinvented. This time it’s personal.

Wine Moms play at The Hug and Pint, Glasgow on 18 February 2022 as part of their First Footing festival.