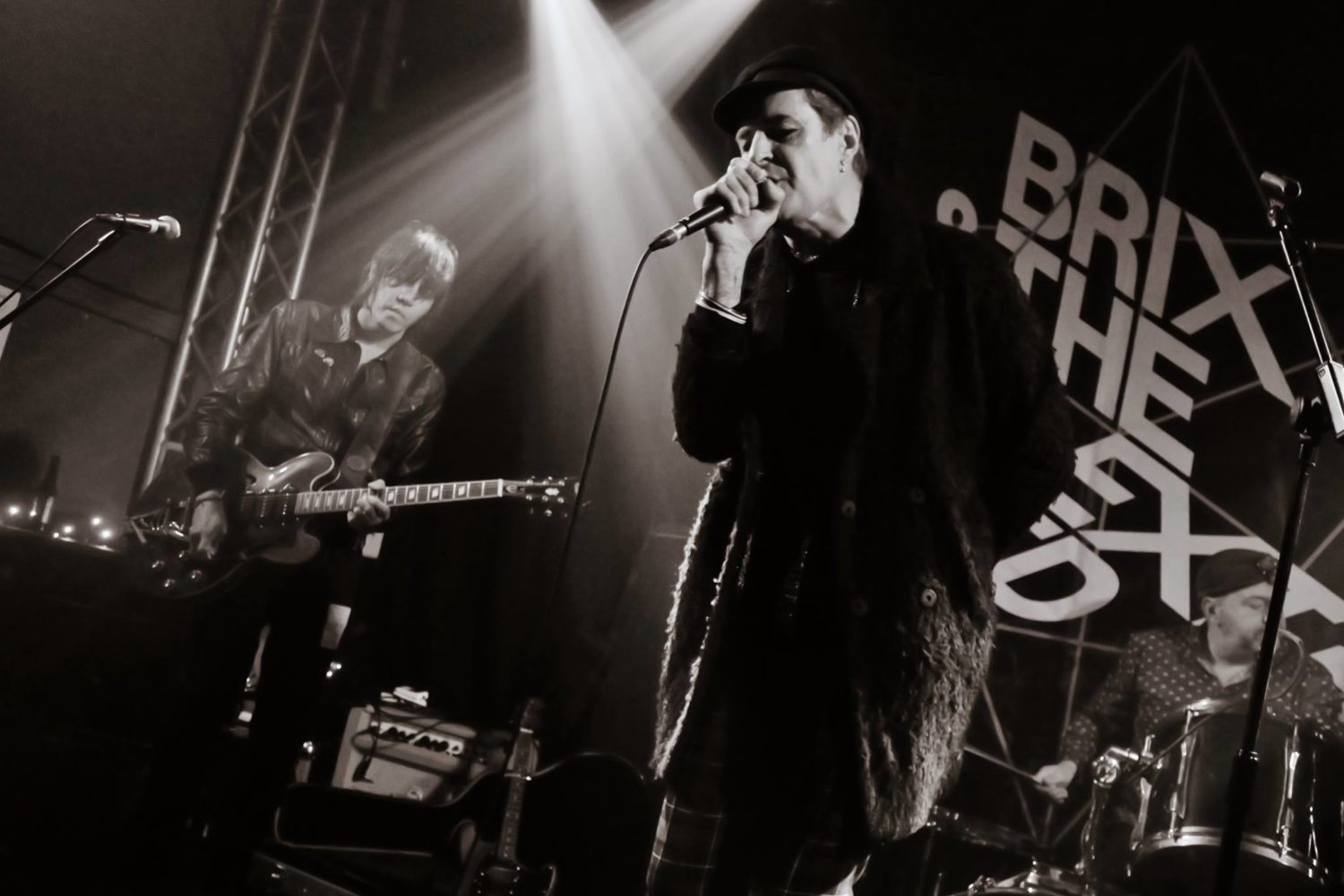 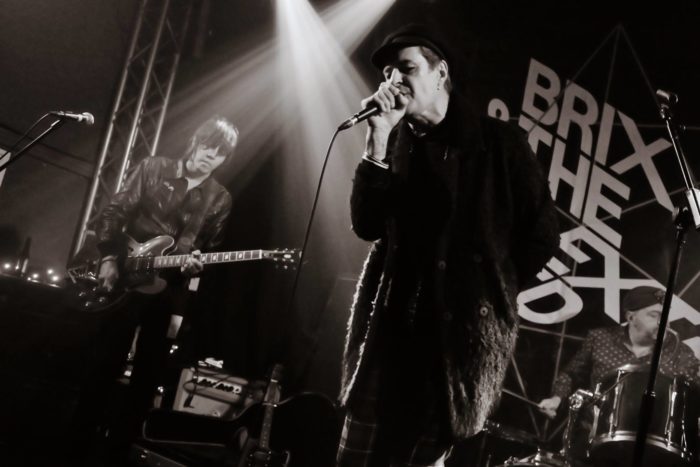 Louder Than War’s Emily Oldfield meets half of The Gentle Scars as they pay a visit to Manchester from their local city of Liverpool. Get ready for an interview encompassing the Invaders EP, trashing songs, ‘The Pusher’, offering Ian Curtis paracetamol, kidnapping John Peel, and plenty more besides…

It’s Thursday night. Bass player Martin Dempsey – formerly of Yachts, Pink Military and the Mel-O-Tones (just to name a few) chats to me over a pint in The Peer Hat, along with ‘sound generator’ of a guitarist Ivan Hell, who is currently in three other bands (Slow Death, Songs About Death and Thee Lucifer Sams – formerly in DirtBlonde) and a regular DJ. 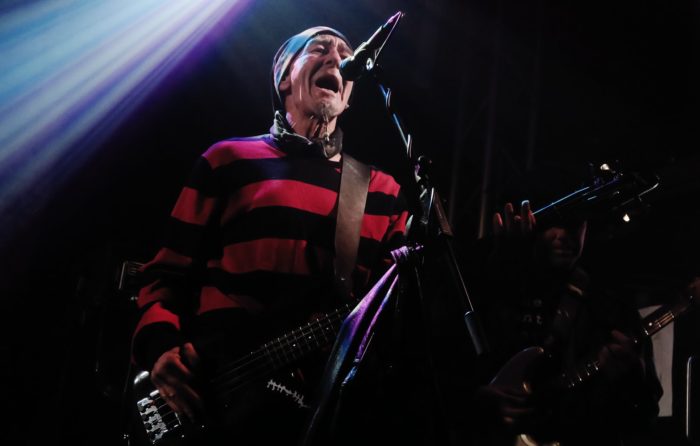 “When we met Ivan, looked at all the stuff he did, we just wanted that attitude,” Martin explains. “In The Gentle Scars we create expressive music, music that crucially says something.”

Fronted by the charismatic Stephen Lamb – The Gentle Scars are a five-piece group serving up a punkish rock with two fingers stuck firmly in the face of expectation – with guitarist John Murray and John ‘Johnny Boy’ Hase on drums completing the line-up.

Recent support slots for the likes of Stiff Little Fingers, Brix and The Extricated (the gig where the photographs were taken, at Liverpool’s Arts Club), Electric Six and Deaf School, with a headline show at Liverpool’s O2 Academy, as well as a range of immersive gigs – highlight the gripping presence of the group.

Their recent ‘Invaders’ EP certainly shows an ability to evoke a resonant response too: a raucously-riffing title track underlining their attitude.

A further two original songs follow – ‘Dirty Like You’ and ‘Shadow Of A Kiss’, summoning up strong guitars and raw vocals infused with a kind of dirty drama and atmospheric intensity the band manage to channel so well. The EP is completed by a Mel-O-Tones cover, ‘Burton Buzz’.

Since then, Ivan emphasizes, they have gone even further to fuel up their sound with a wild, raw resonance. Witnessing it live is recommended.

Now The Gentle Scars are bringing their bristliness to Manchester – with gigs lined up for The Night & Day on Friday 8th February 2019, and The Peer Hat on the 25th April. But their connections to Manchester don’t just start there… 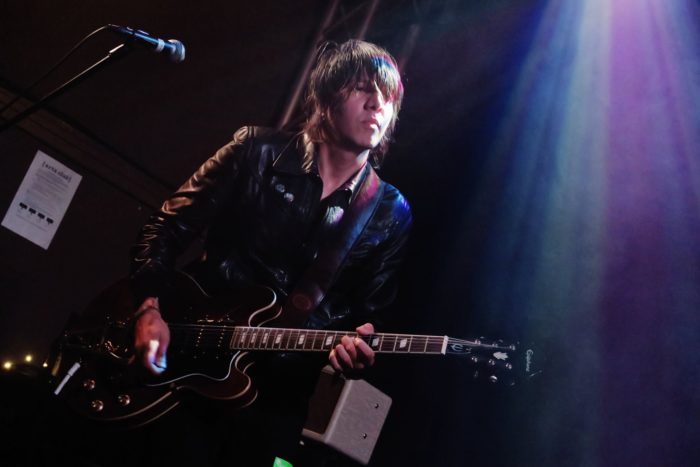 “What we’ve got are quite hard, direct songs,” Martin continues. “Like there’s one we’ve been working on called ‘The Pusher’ which is heavy-duty… as I’d been reading about the murders on the canals in Manchester. I’m fascinated by history.

“I used a play a lot more in Manchester – like when I was in Yachts, we played places like what used to be Dry Bar with Echo and The Bunnymen. When we played Rafters, Warsaw (the precursor to Joy Division) were supporting. That was the first gig my mum ever came to… and actually she bumped into Ian Curtis at the bar and said to him: ‘you look a bit rough lad, do you want some paracetamol?’”

Yet despite having such evocative stories of the past – Martin and Ivan are keen to emphasize that The Gentle Scars’ gripping gutsy sound is very much contemporary.

“The reason I joined the band is because I wanted to bring rock ‘n’ roll dirt and excitement to the music,” Ivan reflects – a younger member of the group and a guitarist originally from Brazil who wields absolute musical passion.

“This is music for now. Music is all about expressing yourself, doing what you want… not what you think an audience want,” He says. “Perhaps bands should just follow Homer Simpson’s advice: ‘Don’t try, you’ll fail anyway.’ It’s not about money or ‘success’ in that sense. It’s about expression.”

The Gentle Scars after all are a band which cite Twin peaks, original New York punk, artists from Brian Eno to the likes of Suicide, amongst their eclectic influences. 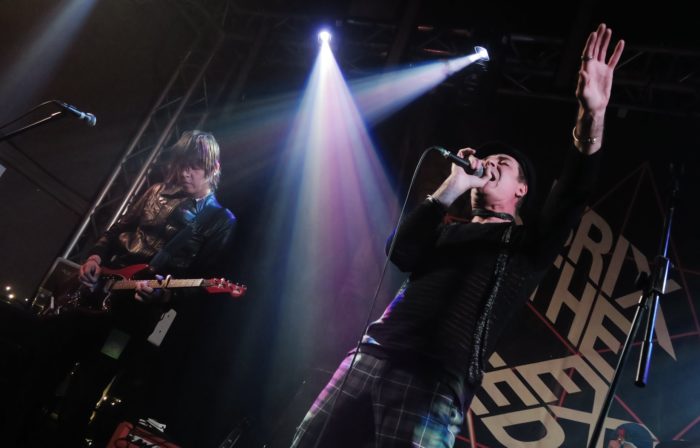 “There’s lots happening in Manchester I like,” says Ivan. “Blanketman are brilliant, and I recently went to see The Holydrug Couple at YES – which is a great venue.”

Considering the grit-heavy nature of their sound, as well as a keen interest in the darker side of things, I recommend he listen to the likes of Manchester’s Trianglecuts, St Lucifer…

“I will! Plus we’re up for more gigs in Manchester, want people to come and check out what we’re about,” Ivan continues. “I’ve had good experiences here. In one my other bands– Lucifer Sams – we played the great Psych Weekender, and I remember Jan Oldenburg (the sadly passed and legendary owner of The Night & Day Café) telling the drummer: ‘that’s pure Psychedelia!’”

“Filthy is our politics, it totally fits with our sound,” adds Martin. “I wouldn’t label The Gentle Scars with a singular kind of definition though. ‘Punk’ for example can often be used reductively – people often think of a certain image when it comes to ‘punk’. We like to throw things up in the air a bit. For example, we’ve covered ‘Cheree’ by Suicide… we take a track like that and trash it, so it feels like our own.

“Punk became a kind of mainstream… that’s not what we’re going for. Think about artists like Brian Eno – his brilliant album Here Come The Warm Jets was largely ignored at the time – but later it was appreciated. Lots of bands try to second-guess their audiences, but we do what we want, I guess like people like Eno were doing.” 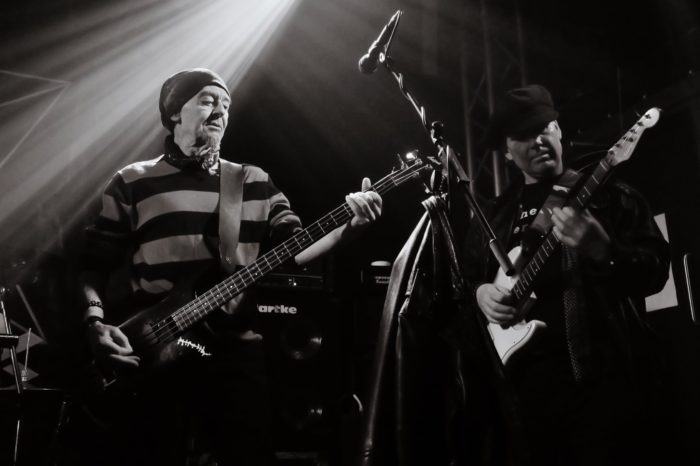 Martin continues. “Take this as an example, when Ivan first started in the band, a friend was watching us play and kept saying ‘what is that noise he is making? I’ll cut his lead!’ He didn’t get it… we wanted a really heavy, noisy sound. I said ‘cut his lead and I’ll cut your fucking throat!’ Ha!”

Come and witness the noise for yourself – after all, The Gentle Scars are very much a live experience, according to the band members themselves.

“It’s great to discover new bands, so come and find out for yourself, see what you make of it.” Adds Martin, the man who – it turns out- was involved in the partial ‘kidnap’ of John Peel. It’s a story I had to hear…

“When I was in Yachts we kidnapped John Peel at Reading.” He grins. “This stemmed from the fact that we knew a lad there who had a band – The Amazed Spacefrogs – who Peel wouldn’t play. When we were gigging, we’d go around in an American pickup truck with two Alsatians in the back (they belonged to the Manager).

“So when we were at Reading, we asked Peel if he’d meet this lad…and he agreed… so we arranged it so they’d meet in the back of the pickup, and we locked them in with the dogs! It must have been for half an hour or so. Don Letts was DJing at Reading at the time and needed Peel on-hand, I remember him saying over-air ‘John Peel has been hijacked by Yachts.’ He was fine, of course.”

But now you can be part of the current story. Come and see The Gentle Scars first Manchester gig of 2019 at The Night & Day Café on 8th February, then The Peer Hat on April 25th. You can find out more about the band on Facebook and Instagram.


Words by Emily Oldfield
Photo credit: with thanks to Adrian Wharton