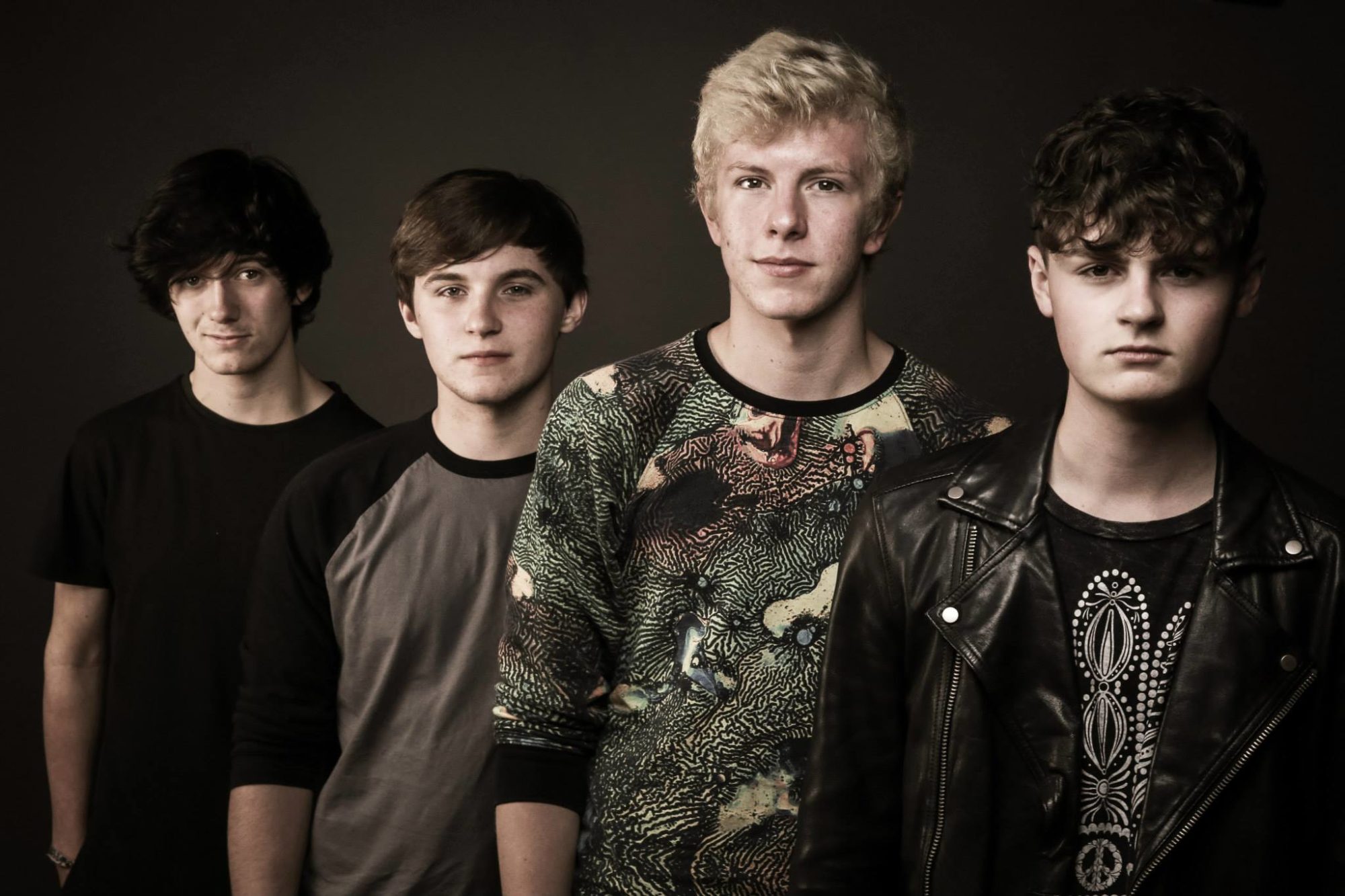 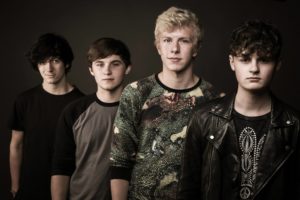 Stockport feels like it’s the centre of the musical world right now with Blossoms riding at the top of the album charts with their debut album for a second week and a string of new bands hoping to follow in their footsteps.  The latest of those is Matter Of Mind, a four-piece that trade in something much harder, but no less tuneful. The teenagers have already released a debut EP A State Of Mind to rave reviews that haven’t escaped the attention of some of the most important movers and shakers in the business, having recently featured on Clint Boon’s Set 2 Go podcast and this Saturday supporting new indie darlings Dantevilles at the Night And Day for the latest instalment of This Feeling’s club night that’s launched some of the biggest names around at the moment.

Matter Of Mind are Jordan Lambert on guitar and lead vocals, Ashley Meadowcroft on lead guitar, Robert Bramwell on bass and Conor McQue on drums and backing vocals. The four go all the way back to starting senior school together and have been in a number of bands before joining together to form Matter Of Mind last year. We first caught them opening for John Bramwell of I Am Kloot at Terry Christian’s Mad Manc Night. Unfazed by such illustrious company they delivered a couple of songs acoustically which had people asking who they were. Their usual live set is a much more raucous affair, loud guitars, fast and furious songs about growing up as a teenager and learning life’s lessons the hard way. They’re already filling rooms around the Northern Quarter with mates and a growing band of people drawn in by the buzz of word of mouth.

They recorded their three track debut EP with Ben Sansom of Lower Than Atlantis, a bold statement for a band at the start of their career. However, the results of the EP justify that ambition. The EP’s title track opens up proceedings and implores an answer to the question “where the fuck is my big break? I’m stuck around.”  It’s a statement of intent and one that they almost answer for themselves over the course of the three songs – they straddle a line that could see them equally loved by the readers of Kerrang (whose radio station has been big supporters) and equally those indie kids that have fallen for Catfish And The Bottlemen’s more anodyne take on youthful angst and self-doubt.

Coffee Stains And Migraines demonstrates that they can slow it down without diluting their impact and lyrically it marks Jordan out as wise beyond his years as he surveys the situation and declares “you only think too much and chase around the same situation, you were probably right the first time round.”  Whilst maturity is a dirty word to be bandied around in music as it generally is used to refer to a band blanding out, there’s an intelligence behind these big rock songs that isn’t always evident with new bands.  “Silence was your friend, it’s my enemy” is the key line on the EP’s final track Silence and again it demonstrates that there’s keen and perceptive observation behind the volcanic eruption that is Matter Of Mind’s music.

Further evidence that they’re not just your run-of-the-mill four-piece comes when you see them live.  They dispense with the EP tracks early on rather than save them for the big finale as if to say that’s out now and they’re moving on. They cover Amy Winehouse’s Back To Black and make it their own, no mean feat on a song that’s close to untouchable and then deliver a set of new songs that have those who’ve seen them salivating at what’s to come. There seems to be an almighty scramble of promoters and labels trying to get them on at the moment, keen not to miss the boat before they make the breakthrough that we’d put good money on. They already sound like they could fill places like the Ritz with their sound despite them having played less than twenty gigs so far.

They’ve recently been back in the studio to record a new single Far Too Wrong, one of those aforementioned new songs and are about to venture over to Sheffield for their first gig there after a random invitation. With gigs lined up at the Night And Day this Saturday and further ones in September at the Star And Garter and Aatma, they’re preparing themselves for their next onslaught on the city’s music scene to follow up on the excitement that they’ve generated so far.

Matter Of Mind play Sheffield West Street Ale House this Friday (26), This Feeling Club night with Dantevilles at the Night And Day in Manchester on Saturday (27) then the Star And Garter on September 24 and Aatma on the 28th.

A State Of Mind EP is out now and can be purchased from their shows and digitally on Bandcamp and  iTunes.