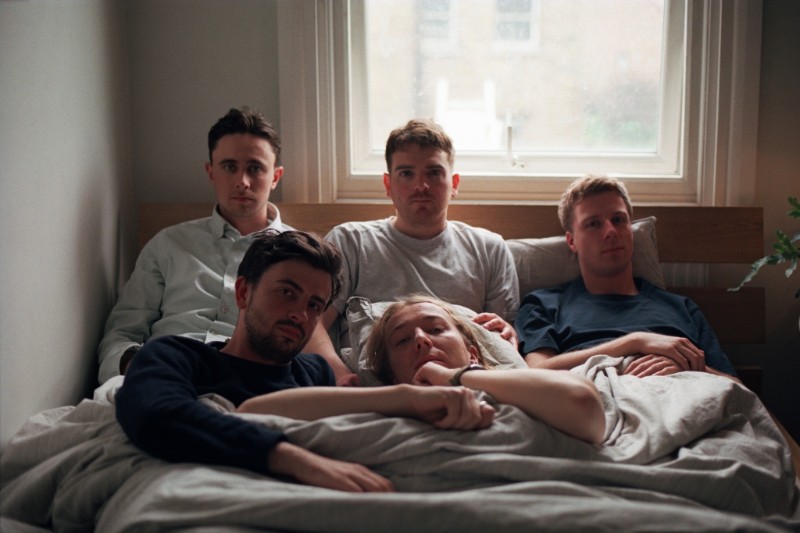 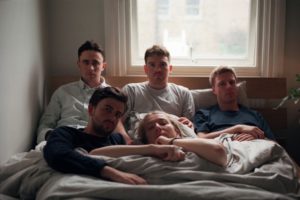 Drifting on the same waves as Swimming Tapes and Real Estate, Margot float into view with their delicious sun-kissed poptastic infectious music. Having released 2 singles so far, the band have showcased their natural ability to dip into gorgeously crafted songs, with exciting possibilities on the horizon. Matt Mead catches up with the band for an exclusive interview for Louder Than War.

Can you please let me know your first experiences with music?

Ben Andrewes (Drums): Listening to Michael Jackson’s ‘History’ on double CD and falling in love with it.

Michael Webb (Bass):listening to my mum sing along to Bruce Springsteen.

What was the appeal of the music you heard?

Ben: The rhythms to jump around to and the sugary melodies I think.

Michael: The sweet sweet voice of the boss.

Who were your first muscial influences?

When and why did you start playing an instrument?

Albi Cleghorn (Guitar): I started learning guitar in primary school because my friend Michael was taking lessons and I wanted to be cool like him.

What influenced you to start writing music?

Rob Fenner (Guitar/Keys): Not wanting to play lame punk covers when I was 14, so started writing lame punk songs instead. It was a mild improvement. Thankfully we are now marginally better.

How did Margot become a band?

Alex: We’ve all known and played music together for a long time, think all five of us met when we were 16. We used to share ideas and talked about starting a project, and after our respective bands came to a natural break, we got together to see if we could come with up anything worthwhile. It seemed to feel right straight away.

Had any of the band been in previous bands?

Alex: Yes we’ve all been in a few bands over the years…

You’ve released a couple of singles so far. What have the singles been about?

How do you approach recording the material?

Ben: After we’re happy with arrangements etc we hole up in the recording studio where I work and record all weekend. Those weekends are quite intense and focused. Then we slowly add or take away parts until we’re ready to mix.

Is there a main songwriter in the band?

Alex: There isn’t per se, it’s quite a democratic process. Someone might come up with a riff, some chords, a melody, a bass line, and we collectively see where we can take it. Everyone has a strong opinion, which has been a good thing, we’re never short of ideas.

Is there an element of jamming through songs before entering the studio?

Rob: Yes, for sure. All the songs are pass through the filter of each individual opinion multiple times. It can take a while for everyone to be on the same page with a song!

Have you played any live dates so far?

Rob: We’ve been playing around London sporadically since the start of the year.

Will you be touring more or playing any festival dates this year?

Ben: We’re playing Off The Cuff in Herne Hill on August 3rd. Then we’ve got Dials Festival in October which will be a festival first for us.

Do you have plans to release an album?

Rob: One day, hopefully not too far off…

What other plans do you have for the future?

Final question. What’s on your turntable at the moment?

Rob: Nuria Graham – Does It Ring A Bell