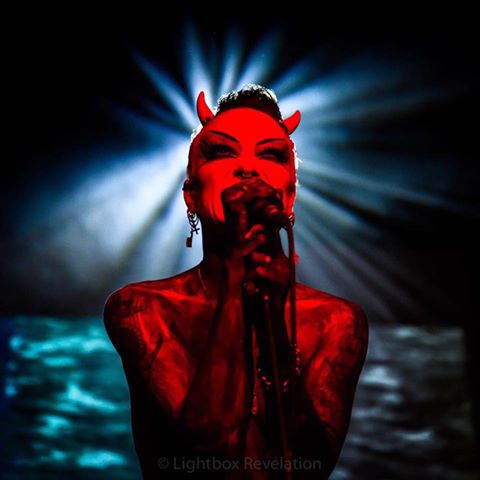 From Hamburg, Grausame Tochter are quite spectacle.

With a full on live show that combines nudity, flesh, whips, Sadomasochim, theatricals, blood, sex and madness that makes Rammstein look lightweight – they are deliberately over the top and quite literally in your face.

They can also back it up with powerful music that is off kilter post Goth, latex beat EBM, cabaret-music, punk, gothic, electro-pop which really works in spooked and hooky way.

Their current album, Vagina Dentata, is about lust and death because ‘they are the only things we can count on in this fragile and broken world’