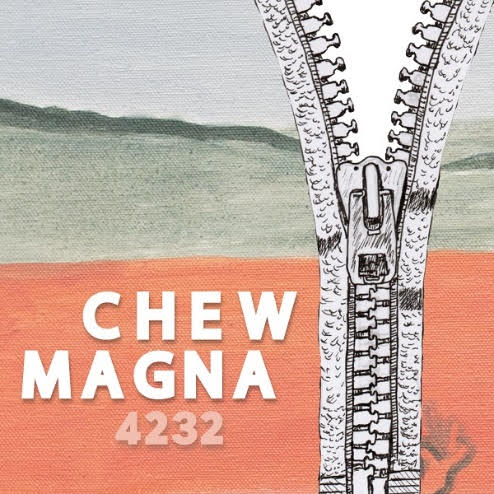 Chew Magna explode onto the Manchester scene with a top slice of melodic fuzz in the stylings of JAMC and hints of the nineties punk grunge era. After listening to earlier song Listless, which has a Sonic Youth inspired spark running throughout, my ears pricked up and got my attention on the AF radar with this slice of a fuzzy summer anthem that surely puts these guys on the map when it comes to anticipating what I reckon will be a cracking debut album. John Robb clocked them back in 2018 with their debut EP The White Hotel. Check out the wonky antics on the video premiere…

“Lyrically, 4232 is a joyous song about existential freedom, perhaps even alluding to the concept of authenticity,” tells the band’s singer and nominated spokesperson, Laurie, of the track’s inspiration. “The song stems from the wisdom of German philosopher, Martin Heidegger. He said, to be human is to navigate the correct way to live in the world when most things occur without reason or are the result of an accident. Ultimately figuring this out, he says, leads to a more authentic life because you can question expectation.”

Serving up their own alt-rock antidote to lifelessness in the modern age and delving deeper into the band’s poetic and philosophical fascinations, 4232 is powered by Chew Magna’s tried and tested approach to ‘spontaneous’ song writing. Melding ideas together in the former furniture warehouse where they rehearse, melodies emerge from endless instrumentals and boundless imagination to capture the raw emotion of live performance. 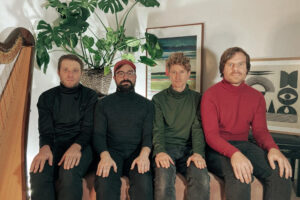 “Sonically, 4232 is our most intentionally shoegaze track to date,” Laurie tells. “Its title comes from the weird timing parts in the verse, although we changed it so the numbers are wrong and don’t suit the structure… it should really be called 4323!”

Following the band’s ironically titled single ‘Listless’ – which resonated in the ears of all from Record of The Day to Amazing Radio, and landed with an unsettling self-made Lynchian-meets-Bo Burnham inspired video – 4232 promises Chew Magna to unleash swathes of decibel-destroying fuzz and rising tension as freedom’s plight nestles between angst in wasting one’s potential, apocalyptic cautionary tales, inverse worlds, the passing of youth, conspiracy theories and life’s countless frustrations.

Assembling after stepping back from their former musical outfits, guitarist, Simon (Young British Artists), guitarist and vocalist Laurie (Songs For Walter), drummer Ben (Young British Artists) and bassist Joel (Jane Weaver, Frances Lung) have come together at no better time. Absorbing influences from the world around them as they navigate new sonic terrains (even Chew Magna’s own village-inspired band name aligns with the colourful vista depicted in the album artwork by talented landscape artist Josh Sowa), theirs is a melodic commotion with the thunder to lighten up even the greyest skies.