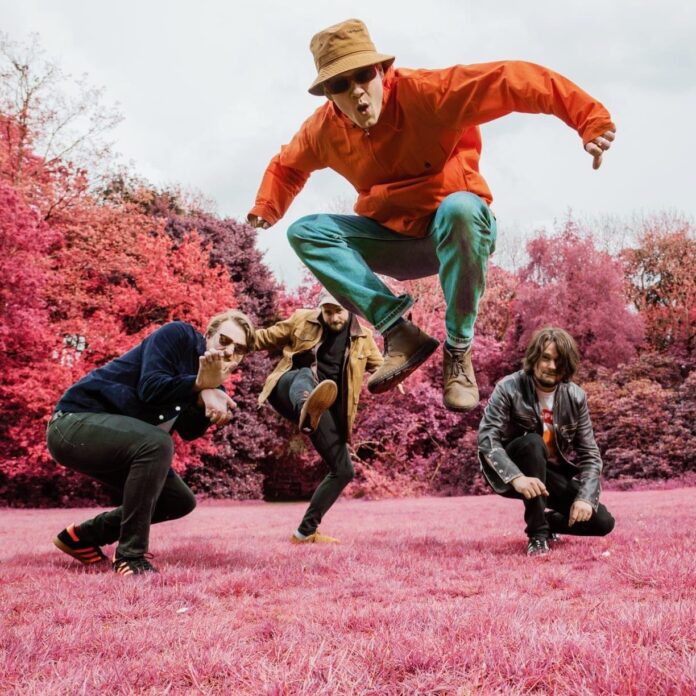 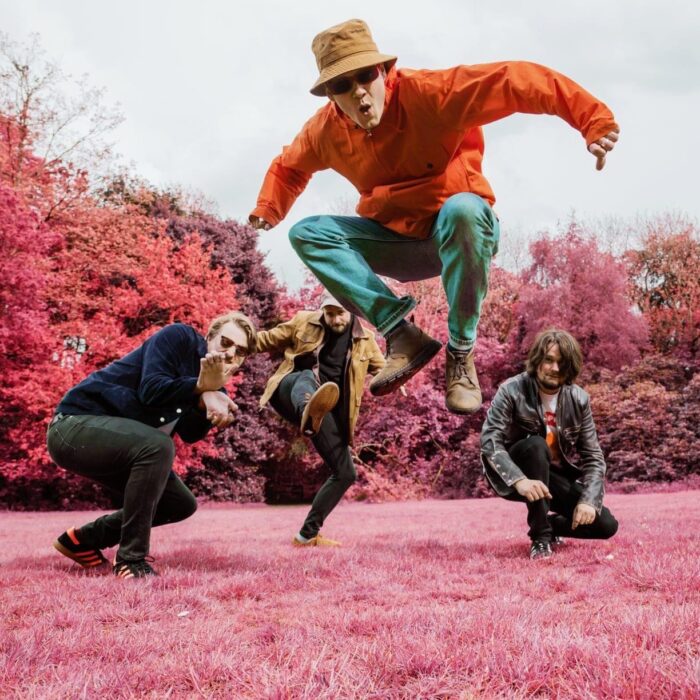 Brilliant photo of Afflecks Palace by A Supreme Shot

The past was yours but the future is mine or it belongs to Afflecks Palace who take Manchesters psychedelic guitar heritage and reinvent it for the 21st century.

Going backwards to go forwards is a tricky proposition.

Manchester band Afflecks Palace are catching a fire and are creating a shimmering Manc guitar jangle that embraces the city’s musical heritage and yet somehow sounds like the now and is capturing the hearts and souls of musical youth with sell out shows in near post pandemic UK.

The band’s dreamy northern psychedelia sees them immersed  in the classic hallmarks of the city – even their name is taken from the heartbeat of the alternative shopping arcade where styles were forged and dreams were made in the city centre. They dress in classic baggy and even sport a bucket hat or two and their music is tripped out hooky jangle guitars and hazy stoned vocals and lysergic backwards guitars . It could be the Stone Roses in 1987 or The Smiths in 1984 but what is crucial is that they sound like Afflecks Palace 2021 and their beautiful melodies and slip sliding tripped out escapism works perfectly. It might be a sound that has been buried in the mainstream media but it’s eternally popular on the streets of Manchester and beyond when its done this well. They sound like they have been crate digging in the second hand record stores of Afflecks Palace itself and getting immersed in sixties west coast, early Creation Records and the kind of records that Alan McGee still swoons over.

The trick in pop music has always been to make the old sound  new, make the past become the future, create a new city from the wreckage of the old. This is no mere knock off – Afflecks Palace have the songs and tunes and the swirling tripped out imagination to create a whole dayglo world away from the dystopian mess of reality.

Afflecks Palace have somehow made it work. They already sound classic and could well be shifting 40 000 tickets for Heaton park within 12 months. Every song is a sweet, slightly stoned anthem dripping with fragile beauty of imagination and a world to get lost in.