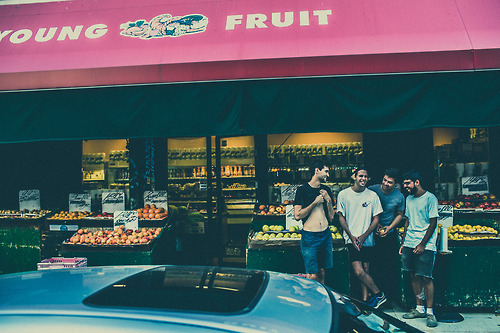 Sounding like a cross between Black Flag and Minor Threat the New york based 4 piece Big Ups are sounding pretty damn good.

Of course there could be complaints that they have merely copied the razor sharp rightousness of Minor Threat and the sprawling neo psych sludge of primetime Black Flag but we don’t give a damn. In the middle of hipster faffing and too much trying to hard to appear hip by many bands this lot sound like a breath of fresh air with a feral and wild energy combined witha keen sense of dynamics.

And they do put their own twist on it.

Whichever way you swing it they are pretty damn good, have an album due out on 13th Jan (Eighteen Hours of Static, our through Tough Love Records) and are on tour in February.