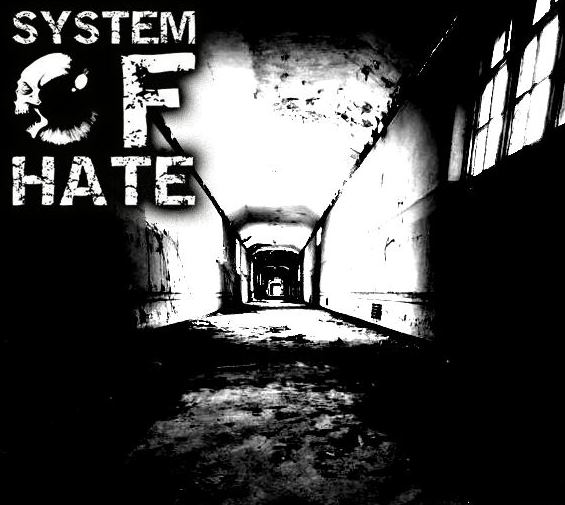 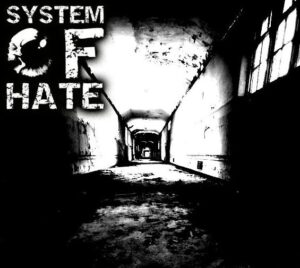 New Artist Of The Day: System Of Hate

From the bowels of Barnsley comes an unearthly sound that is getting people pretty excited up and down this green and pleasant land. System Of Hate have already racked up an impressive haul of support slots and won many new admirers with their brand of intense, aphotic power-punk, and are set for their second appearance at Rebellion this summer.

System Of Hate sprang from Barnsley punk band Total Confusion in late 2012, making their live debut in early 2013. From there, regular gigs, including support to Sham 69, Goldblade and Vice Squad, culminated with a very well received appearance on the new band stage at Rebellion in 2013 and a batch of new admirers. The band are made up of Pat Crawford (guitar), Dave Sutcliffe (vocals), Shaun O’Neill (bass) and Carl Gulliford (drums). However, after Carl was involved in a serious accident, original Danse Society drummer Paul Gilmartin temprarily stood in and this also resulted in the introduction of Danse Society bassist Martin Roberts who plays keyboards and adds a vital depth to the sound.

The band started working on the new EP Insanity last summer and it eventually came out in spring 2014. The tracks perfectly showcase the rolling malevolent noise that sounds as if Hades has declared war on society and plans to launch the first strike in South Yorkshire. Title track Insanity is a contagious rocker with a growling vocal that sits against a tight sound that stays on the melodic sound of thrash and is lightened by an inspired use of sax. Ashes Of Divinity races along at a decent pace and clearly shows the value of keyboards in the mix. The Dogs Of War will see the audience punching the air and singing along in Blackpool while Infected takes the listener into a bleak, nihilistic world that sadly, is all too familiar. This is great stuff with maybe a hint of Killing Joke and 1919 in there, but also with some unexpected twists that give System Of Hate that vital individuality.

The band have also appeared with their heroes UK Subs, Angelic Upstarts and Discharge as well as becoming involved in an album for Teenage Cancer benefit with the Specialised Project. They have recorded a Madness track, Stepping in Line, for the album which will be released very soon.

System of Hate have some exciting shows coming up including Slamfest in Rotherham with 99 and The Lurkers, support to Dirtbox Disco and an appearance on the Sunday of Rebellion Festival in Blackpool. For more info visit their website.