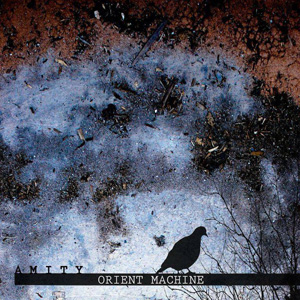 From the creative hotbed of talent that is Wrexham, comes another essential new act demanding our attention, Orient Machine. The band have actually been around since 2011 but have added further depth to their sound with the addition of Jessica Ball on guitar. They deliver a power packed brand of in your face, tight rock that grabs the attention and once heard is not forgotten.

Orient Machine include Dave Morait, drummer and founder member of North Wales maths rockers Gallops, as frontman. Gallops are sadly no more, but Dave is now able to devote all his energies to helping to create some awesome live performances on vocals and guitar. The band have been gigging around the UK for over 2 years and have been going down a storm. Fantastic sets at the last two Focus Wales (Louder Than War review) were lapped up by an avid home crowd, but they have also been seen in support of Tall Ships, Gallows, Rolo Tomassi and Pulled Apart by Horses.

Dave cites a wide range of influences within the band with his own ranging from electronic to much heavier sounds. Jessica Ball who joins him on vocals and guitar has more of a folk background and was previously in North Wales band Warsisters. Bass duties are provided by Andrew Stokes while drummer Jason Williams represents a strong North Wales punk tradition. Jason had originally joined the band as a guitarist before taking up the sticks which adds to the musical versatility within the band.

After the widespread acclaim of their first single, Flood Plains, Orient Machine have followed it up with a storming track in Amity which was released on May 12. The song, which is about a form of everyday escapism that we all need, is a melodic yet rocking gem. A new album is written and planned for release in the autumn and, if it manages to distil the raw power of live performances, will be a really special piece of work.

Orient Machine are set for a string of live appearances in Europe, at festivals and across the UK over the summer before the album’s release and, as a relentless touring act, will be out and about promoting it throughout the autumn.