Home Music New Artist of the Day: Willow Robinson – singer songwriter but with... 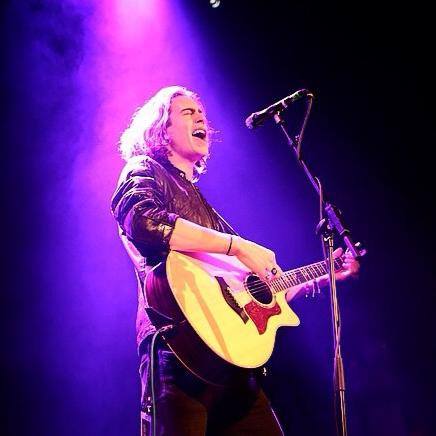 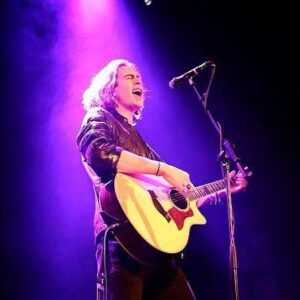 Willow Robinson is one of those rare things -a singer/songwriter that makes you sit up and listen.

With a raw edge and a blues stained voice his heartfelt songs and powerful performance makes him stand out in an over crowded genre. He’s been working underground honing down his art and is now ready to be listened to – enter Alan McGee who has signed him to his management company.

This is a music that drips classic but somehow carves out its own niche with a strong identity and strong voice...

I started playing guitar at 9 years old; and from then on I always believed I would be a lead guitar player in a big rock band. I grew up listening to rock n roll and hard rock, so playing as fast and flamboyantly as possible was my priority.

Gradually after several bands and failed musical fulfilment, I’d come to a point where I knew no one else who I could play with in a band (living in rural Herefordshire for the most part of my life). It was at this point, sitting alone in with my guitar that I decided I needed to learn to sing so I could go at it alone, with no dependence on other musicians.

I moved to LA to pursue this new direction. With one of my best friends I formed a duo, and here began to learn the intricacies of more mellow music, as well as vocal harmonies. We were good, and this suddenly opened my eyes to this new direction. I thought we were going to make it together! However after leaving LA the distance between us and unfortunate medical problems for my band mate caused him to follow art instead.

I freaked at the prospect of performing alone again, but I swallowed my fear and went on tour at the end of January as a support act. Thankfully it just all clicked into place from then on and I knew where I was going. It’s great to know that you have a potential future without relying on anyone else to take you there. So here I am!

There is a stark and raw beauty to your songs – like you have come to save the singer / songwriter genre from overkill – discuss!

I always feel emotions are being faked, that is one of the sole reasons music seems to have lost it’s potency. I’ve also never really been a fan of overtly happy songs either, sadness is raw!

People over produce their tracks, striving for a polished sound, that in the end never resonate as well as a great song in it’s raw simplicity. They are too dependent on others to fill in the gaps. The two components of guitar and voice can say just as much as a full band. If anything you get more intimacy that way.

I’ve always loved beautiful things, and I find raw emotion to be just that. So that’s what I strive to convey!

Are they all love songs?

No not all of them, I write about anything that is consuming my thoughts. Sometimes it’s just subconscious ramblings that I put to paper. They usually evolve into having dark undertones.

Recently I did fall in love for the first time with a girl who lives in Los Angeles. The distance is very hard, so I’ve been writing an alarming amount of love songs because of that. But I’m grateful for all the songs that have been coming from these feelings of yearning!

I detect the raw blues voice of Mark lanegan in there – is that fair to say?

You are now managed by Alan Mcgee – how did that happen!

By pure coincidence. We both live in Herefordshire; Alan’s wife and my mum are friends so that was the connection.

Alan owns a club that I was invited to play in Wales called the Tabernacle, purely because I was the son of his wife’s friend. It’s an amazing old chapel that they have transformed into a venue, it even has some of the old pews in it!

He told me that he put me on the bill out of courtesy, not really expecting much. So I played, and after the show he came up and said he was blown away! I was shocked, always having little confidence in my performances. I then went away touring and as soon as I had finished he called me up and said he wanted to take me on! It was a dream come true, a blessing and what an amazing opportunity.

What’s the plan of action ?

My plan is to record an EP and then me and Alan will take it around. Hopefully there will be good results, but you never know, I have to take everything with a pinch of salt… Touch wood, it’s starting to all fit into place, so I hope it continues and more good things are to come in the future! I’ll be uploading more live tracks over the coming weeks so keep and eye out! Upcoming gigs will be posted on my Facebook and Twitter fan pages.
Thank you! XO