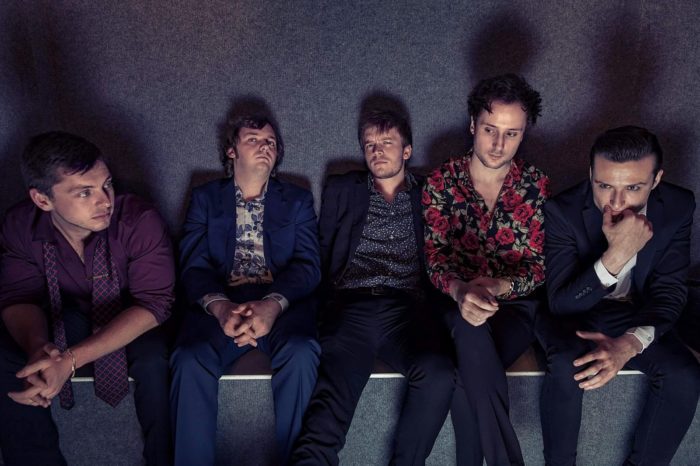 You imagine the staff of Birmingham’s city centre branch of Subway have seen some pretty amazing sights over the years, but even this shocks them. In the midst of serving cider-stained teenagers and stressed clock-punchers, in steps five dapperly dressed twentysomethings with razor-sharp features and equally cutting wit. They almost forget to ask them about adding on a cookie to their order.

The track, which has already secured an admirable amount of radio play across the country, is The Taboo Club’s finest work. Produced by local legend Ryan Pinson – who has helped nurture some of the Midlands’ most talented bands with wise words, a keen sense of adventure and the gift of wisdom – and plucked from the depths of debauchery, Bible John is a rich and rollicking journey replete with fragmented guitars, melodic bass and lush, layered instrumentation.

The Taboo Club have proven to be a unique live prospect. The five-piece, whose origins stretch from the working-class crumminess of Willenhall to the, well, working-class crumminess of Coventry, sound like they are straight from a smoky Parisian opium den. Buoyed by striking sax, jazz-fuelled guitar, Lilley’s sensual yelps and shuffling drums, their sound is a melting pot of ‘60s pop, free-spirited jazz noodles and anthemic rock.

With more studio time planned for the New Year, some exciting gigs across the country and much more, The Taboo Club are set to take the world by storm…one Subway at a time.

Sam Lambeth is a journalist, writer and musician. He is on Twitter, and more of his work can be found on his archive.