Home Music Bands New Artist of the Day: The Jungfraus 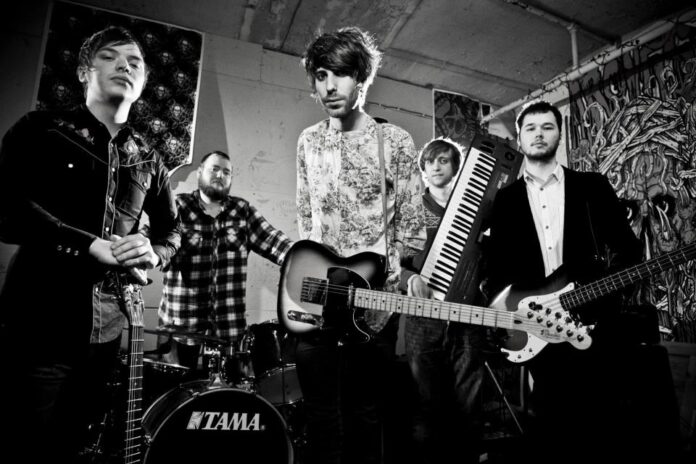 Five-piece Manchester Psych-Pop band The Jungfraus have just released their eponymous debut album, and, according to Louder Than War’s Robert Pegg, people are finally beginning to take note the band. We think they’re going places – and hopefully you’ll agree.

The Jungfraus have been around for a little while now, gigging around their hometown of Manchester playing mostly half spontaneous or even downright secret gigs. Finally, hardcore “seen-it-all-before” gig goers, propped up in corners clutching pints everywhere from Antwerp Mansions to Kraak to The Roadhouse are starting to look up from their lager and take notice.

And now, following the impossibly catchy summer highlight of You Won’t Catch Me, The Jungfrau’s combination of delinquent and dilettante abstract fops have finally got around to releasing a full album.

The Jungfraus are frontmen Mick Kenyon and Joe Levi neatly bouncing off each other on lead vocals and guitars while Jonny Rathbone provides those authentic Hammond swirls. Ste Grimes offers up solid backing vocals and bass groove with Liam Farr giving it big licks at the back on drums. 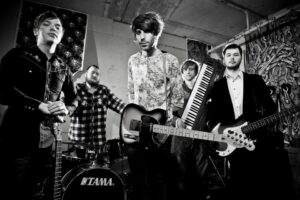 Discarding the self-indulgence that can sometimes be associated with psyche bands, Jungfraus stand out because they actually sound like they’re enjoying what they’re doing. Coming in at just under half an hour there isn’t an ounce of flab on this curious gem of a debut album, and each of the nine tracks are like little aural pearls, separate and distinct yet collectively a dreamy psychedelic trip just long enough to take you away somewhere other than where you are – to somewhere very nice indeed in fact.

Recently confirmed as part of Manchester Psych Fest at the end of May, you could do a lot worse than drop by for a dreamy, trippy, psychedelic whirl of melody that segues neatly from rock, blues, pop, country and places beyond.

The Jungfraus are on a high and they would like you to turn on, tune in and come along for the trip. And so you should.

The Jungraus album is out now on digital, CD and vinyl at Piccadilly Records, Manchester or you can buy it / listen to it at their Bandcamp.