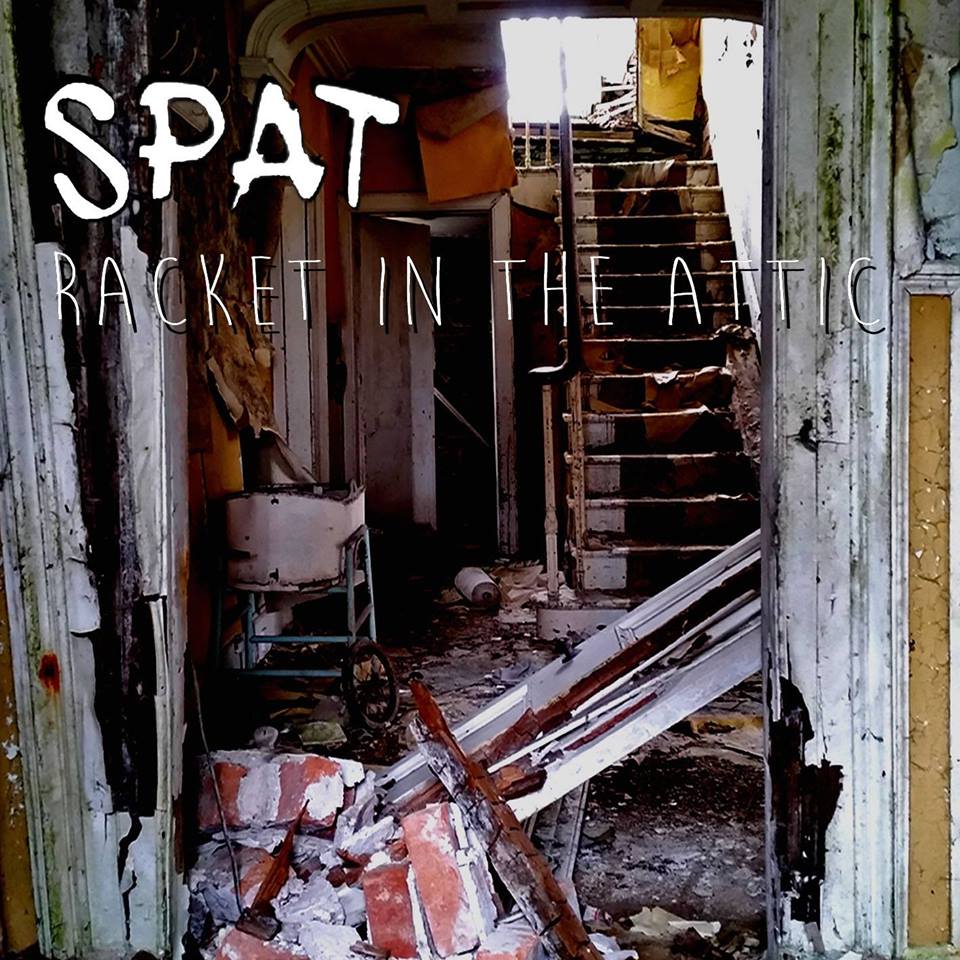 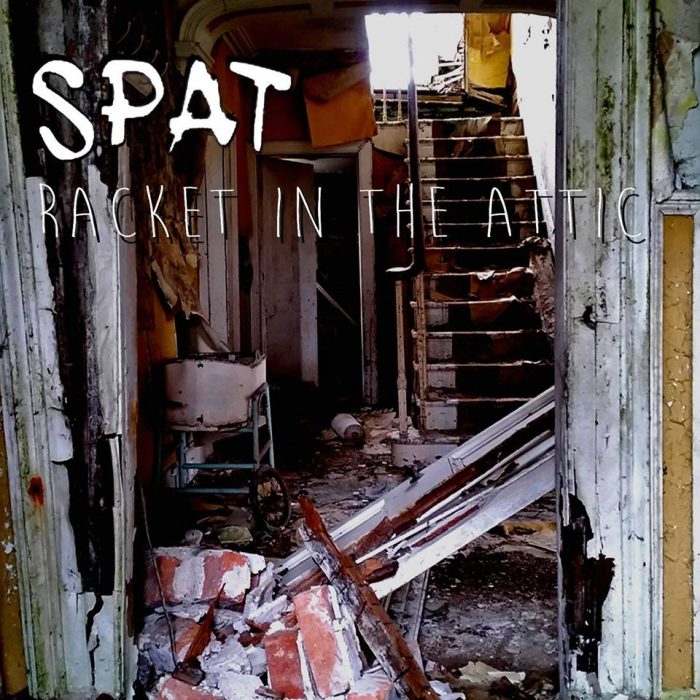 Hellacious girl-fronted punk from Hawick in The Borders. Louder Than War’s Joe Whyte gives us the score.

I’m not sure if there’s something in the water down there, but this is the second band I’ve written about recently from the Scottish Borders who are fast, furious and seat-of-the pants vehement. To be fair, Calvin Harris hails from down that way, too, but perhaps all that champagne and the private jet lifestyle mellowed him at an early age…..

Spat are a four-piece, fronted by the twin attack of Hayley and Ainz who play guitars and sing like today is their last. Maybe it is. Who knows. They’ve just self-released “Racket In The Attic”, a full-length album that follows a couple of EP’s and other releases. Recorded on a budget and produced by themselves, it’s an all-out attack for the most part that takes in their Riot Grrl influences and throws a whole load of other goodness into the mix. They’ve also clearly been influenced by the U.S. pop-punk end of things to an extent and they’ve mellowed thing (very) slightly with the addition of pal Cozzy on trombone on a couple of numbers.

The band have been going for a couple of years and have had several line-up changes over that time. They’ve been all-girl a couple of times but the current (and now stable) line-up comprises PJ Sadistic on bass and Robbie Anderson on drums joining the motley crew of reprobates mentioned above. Mr Sadistic’s bass is excellent throughout; on opener Artwork he sounds like a man on a mission to play ALL OF THE NOTES and reminded me of the early New Model Army bass playing.

The album is ferocious, passionate and downright good fun; the production is very DIY but it suits the shaky, good-time, take-no-prisoners feel of the songs. The lyrical content, however, is as serious as you need it to be. Blow Up Doll and Death Is Not An Option  take careful aim at their targets and rarely miss. Haley and Ainz are feminists, for sure; that’s pretty clear in the lyrics.  They’re also no slouches when it comes to having a good time. Easy Stotting Distance is a laugh a minute account of local pub drinking and the joys and pitfalls of the Happy Hour.

The album has a couple of live tracks tacked on to the end (All For One and What Goes Around) and gives a great indication of where Spat are, where they’re heading for and where they’ve been.

Special mention, too, for the album artwork. It’s a cracking photograph that Haley captured herself and is a fine indication of the chaotic but solid nature of the band. Not your typical “cops in riot gear” punk album sleeve, that’s for sure. Spat are doing it their own way. Don’t get in their way.