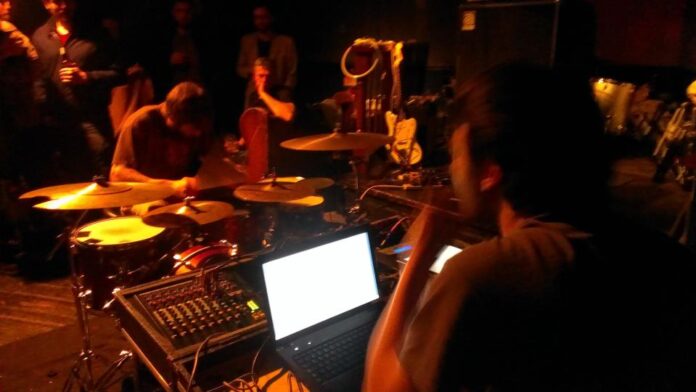 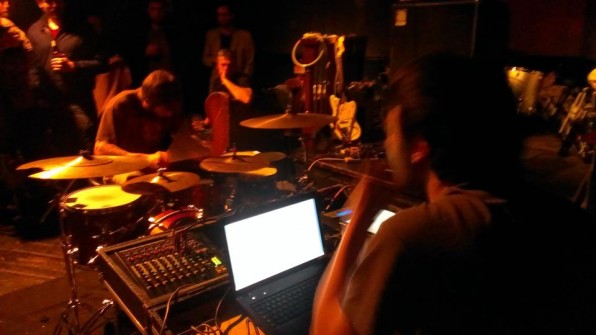 New Artist of the Day: Shitwife

A week or so back I was present for the annual British Wildlife Festival held at the Brudenell Social, Leeds – I glanced at the event timetable, not surprisingly the moniker Shitwife caught my eye and I was told the band are a side project of Ladyscraper, the performing name of break-core artist Wayne Adams who in 2006 released a 12″ EP entitled ‘Cunt Kicker’ (Wrong Music) – I was advised that Shitwife are as subtle as Adams choice of guises and titles…

It being International Women’s Day and my familiarity with the aims of the campaigns founder Gloria Steinem:

My advisor was correct; Shitwife are brutal; it’s akin to being hit by a 16-wheel arctic … repeatedly, before the driver then reverses over you, just to make sure! A dark visceral sound that gathers together the rage of Atari Teenage Riot, and the ferocity of Motorhead all fed through a laptop stuck on the ‘Gabba’ setting.

Formed in early 2013, Brighton based Henri Grimes (drummer ex-Shield Your Eyes) and Wayne Adams (Ladyscraper) decided to start a project smashing together Henri’s frenetic drumming with Wayne’s break core skills. After one successful practice Shitwife was born…at British Wildlife Shitwife positioned themselves in the centre of the performance area, there being no stage, the crowd encircled them peering into the darkness, a simple array of flickering white Christmas lights hung on a back wall offering the only illumination.

Grimes was stripped to the waist, his kit butt up to and facing Adams, himself hunched over a laptop, keyboard and an array of electronics, the crowd edge forward, barely able to hear Adams whisper “ready” and then the gates of Hades are opened, a behemoth of frantic break beats as Shitwife carve out a sound that pulls from Aphex Twin, Venetian Snares, Lighting Bolt and Slayer, a relentless pummelling of monstrous, blast-beating rhythms, crashing cymbals, walls of feedback crescendo, and manipulated guitar samples 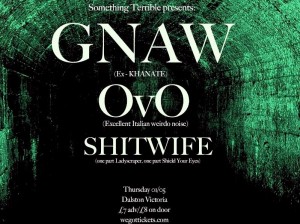 With their eardrum-defeating gigs Shitwife are already building up a reputation as a killer live act in the 12 months they have existed; to quote them “they bring the rave to the DIY and the DIY to the rave”

Subterranean bass collides with skull ripping squalls of distortion, the sound hammering into you, it’s genuinely breath taking, I was transfixed, excited to be witnessing such mayhem; pure grinding, terrifyingly loud digital noise bolted onto stupidly fast propulsive beats. It’s not often that you experience a band capable of truly invigorating you – Shitwife are one such band.

Nothing has been released yet, they have just started to record material at Adam’s Bear Bites Horse Studio based in East London, and hopefully will be releasing material later this year.

Shitwife next appear at a rather special gig supporting GNAW at The Victoria, Hackney 1st May 2014 – Event Details as the New York noise artist promote their recent ‘Horrible Chamber’ album.