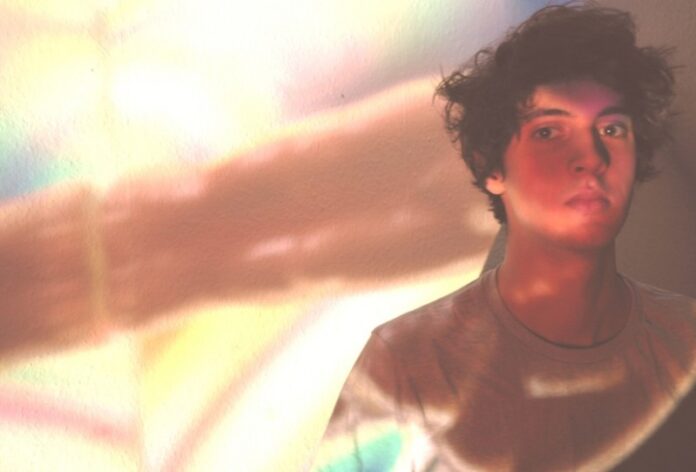 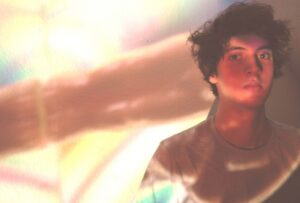 You may know Marius Lauber from Beat!Beat!Beat! but now he’s making electronic music as Roosevelt. Louisa Zimmer introduces us to his new project.

When you hear the word ‘Cologne’ you probably think of the cathedral, carnival and Eau De Cologne. It’s about time that Cologne makes itself a name in the international music business!

Roosevelt is Cologne’s most talked about artist. The man behind this name is Marius Lauber who isn’t a new face to the German music scene.

He used to be the drummer of German indie band Beat!Beat!Beat! but instead of sticking to this genre Lauber decided to use the band’s pause by going solo with his own electronical project. According to him the name Roosevelt stands for his independence as a solo artist and his interest in America (Thedore is his favourite Roosevelt though!).

Unlike most artists Roosevelt isn’t a fan of the Berlin music scene. In an interview with Pitchfork Lauber explained that he misses Cologne’s familiar atmosphere while being in Berlin:

Speaking to the music site he said: “There’s no network. You don’t really bump into people very often. The musical scenes there are separate from each other. I’m sure if you are up to meeting people, it can be amazing, but in Cologne, you just bump into people because it’s so small, which I like.”

From singing to producing the tracks Roosevelt is Lauber’s very own project. The most important thing about is that he doesn’t just produce the songs analog, he also uses various instruments.

According to Lauber those are the only band aspects that are left in his new project, he calls it ‘a mix of both worlds’.

Lauber uses his music as an escape. His latest track from his four track EP is called Montreal while he’s actually never been to this place. The video was filmed on a VHS camcorder instead of HD equipment due to his dispute of the vintage look created through programmes like Instagram.

With that knowledge the video looks like a statement against the retro movement of the digital generation. This approach seems to fit perfectly with his plan to escape reality through music.

Roosevelt’s music doesn’t sound like it was made in Western Germany near the Rhine river. You’ll rather think of sunny places like Italy or California. Therefore the comparison to Italo Disco, Chill Wave and Pop seemed obvious to bloggers. While Roosevelt’s music is too varied to press into one genre his tracks sound like the perfect way to prepare yourself for the next summer!

His first single ‘Sea’ was released in October 2012 by Greco Roman, a London-based that was co-founded by Joe Goddard from Hot Chip. While most German artists will never crack the British music scene Roosevelt fastly made it’s way into British without an LP.

So far he’s been supporting artists like Totally Enormous Extinct Dinosaurs Dry The River and Hot Chip. But now he’s about to tour the United States and release his own debut album!

You can find out more about Roosevelt on Soundcloud and Facebook.

All words by Louisa Zimmer. You can read more articles from her on her Louder Than War author profile.