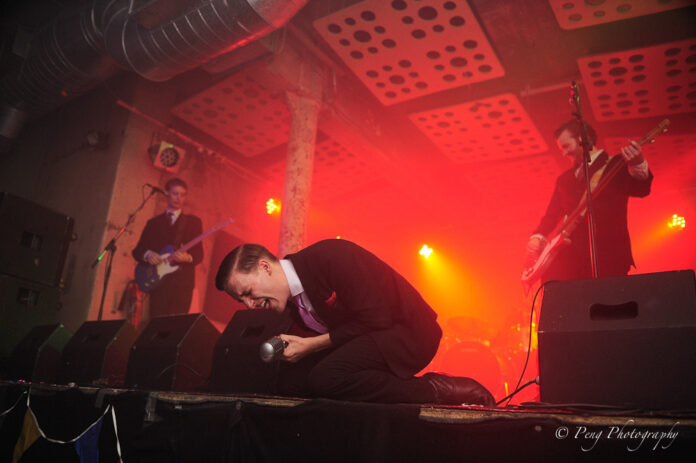 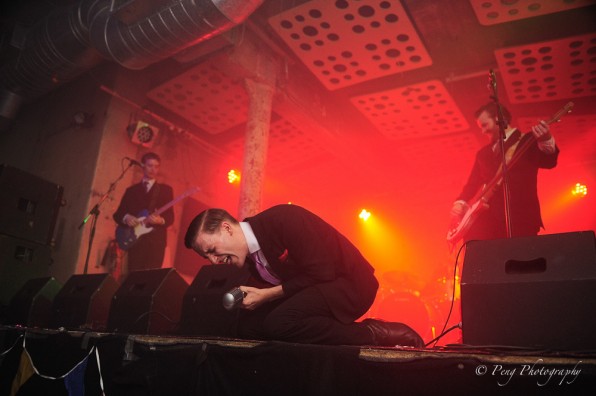 Not a female musician but a Birthday Party-inspired 4-piece, Louder Than War’s Jamie Havlin thinks you should be getting behind Natalie Pryce. Here’s why.

They claim to have met at a Howard Phillips Lovecraft appreciation society in Glasgow and took their name from a character in an obscure novel by Mary Unthank. Ask them about influences and they’re as likely to cite Franz Kafka, a cult film or even a fairy-tale, as they are any musical acts, past or present – although as a quick reference point, their sound does share an urgency and sometimes a malevolence in common with the Birthday Party.

Natalie Pryce say their music is about life and death, love and sorrow, sex and dreams and they’re the latest in a line of intriguing acts such as Casual Sex, the Rosy Crucifixion and the Amazing Snakeheads with connections to their home town’s Green Room Studios. Here they’ve recently been laying down tracks for a new album to be titled ‘Vol. II: The Ascent from Ego to Ego’, the making of which has been successfully funded through an inventive Kickstarter campaign, despite the fact that no pledges were received for the offer of the blow up doll used in their ‘Raquel’ video.

And, in case you were wondering about the Vol. II part of the album title, strictly speaking, they’re not actually ‘new’ as they released an album ‘…And Other Tales’ in 2012, which was recorded in a day and is available on their Bandcamp page. Only now, though, is the intense, bluesy garage-rock racket they create really starting to come to the attention of a wider audience.

The guys possess a very dapper suited and booted image and they also make some great neo-noir promo videos such as this one for their brooding and visceral single ‘Emily’.

2015 might be a very interesting year for Natalie Pryce. If you want to find out more about them, check out their official site, head along to their Facebook page or follow them on Twitter as @nataliepryce.

All words by Jamie Havlin. More from Jamie can be found at his Louder Than War Author Archive.