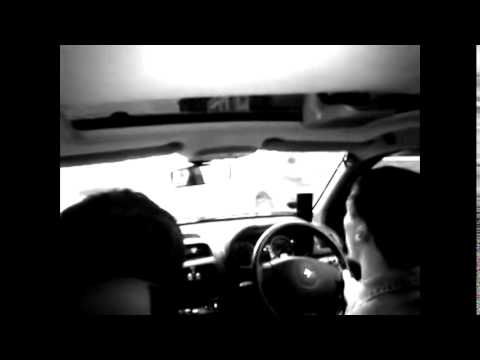 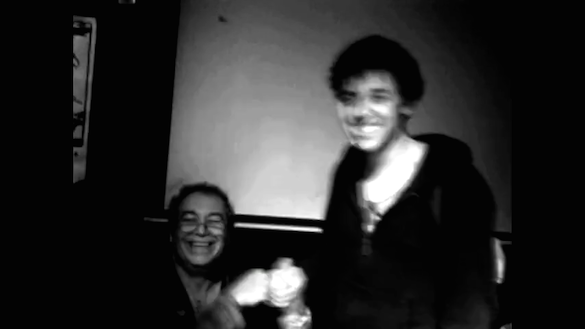 Readers will remember that, when we interviewed Mike Watt at The Fleece in Bristol a couple of months ago, we mentioned that he caught a handful of songs by the support band, Milo’s Planes, and was obviously enamoured of their scrappy, lo-fi, discordant, “hearts on their sleeves” brand of post-punk / hardcore. The band have a new single out today (Facebook event page here) so now seems as good a time as any to anoint they “New Artist of the Day” and to introduce you to their  sound which we feel, to quote a cliche, is “going places”.

Milo’s Planes are built around brothers Joe (guitar and vox) and Harry (drums) whose sound has recently been bolstered / rounded out by the addition of Charlie on bass & backing vocals. They’re obviously enamoured of the decade stretching from mid-80s to early 90-s, not only with their Descendants referencing band name and t-shirts (Sonic Youth and Black Flag at that gig with Brother Mike) but also, well, their sound (durh … obviously) which just screams (literally and figuratively) of the best post-hardcore, emo and punk bands from said decade. Not that they don’t sound contemporary too; there are elements of fuzz, garage and surf even in their sound which meant they were totally not out place when they shared a stage with Eaguls earlier this year and wouldn’t be out of place playing alongside stateside contemporaries such as Parquet Courts or Metz, say.

For a young band Milo’s Planes seem to have been around for ages, although I’ll be jiggered if I can remember when I first heard their name. Literally a bedroom band who record all their own music on a 16 track recorder at home, they have an angsty, messy, DIY feel and there was obviously something going on in Mike Watts head when he watched them play, a flickering in his eyes seemingly of reminiscence, possibly reflecting back to early Minutemen sessions maybe. Although they were playing to the audience somewhat by covering Wire’s “Heartbeat” and let’s face it, tis a known fact that Minutemen were influenced quite heavily by Wire.

Their songs reek of potential, each and every one being a short, sharp, slap of excitement. But despite coming across in the first instance as being incoherent and disjointed, listen a few times and melodies suddenly start appearing. Raul Morales (who plays in Mike Watt’s band The Missingmen) said they reminded him of Rites of Spring, that incredible mid 80s DC band who included both Guy Picciotto and Brendan Canty, both of whom went on to help form Fugazi, and who began to shift the music of the time away from straight up, balls to the floor hardcore to the more intensely personal sound of what we refer to as “emo”.

So what are we left with after all the above? We’re left with a band who are fast, furious and who ooze passion and drive. A band who evoke memories of all your favourite bands and who surprise you with punchy, urgent melodies when you’re least expecting to find them. And a band who are more than the sum of their parts, with busy songs chock full of ideas.

And most importantly we’re left with a band who now have their own sound and identity and who don’t deserve to be described by referencing other bands anymore.

Now check out the video for their new single. You can find links to buy / stream the single under the video along with more details about the single’s launch show.

Milo’s Planes have an album out later in the year but until then fill yo boots with the new single (and many b-sides) which you can grab for yourselves from their Bandcamp for a meagre £3. Or just stream for free if you’re skint / tight of course.

The launch party is set for 18th July (tonight, if you’re reading this today, i.e. 18th July), at Bristol’s Mother’s Ruin. Check out the Facebook event page and tick the fuck going if you’ve got any sense.

All words by Guy Manchester. More writing by Guy can be found at his author’s archive. Guy tweets as @guid0man.