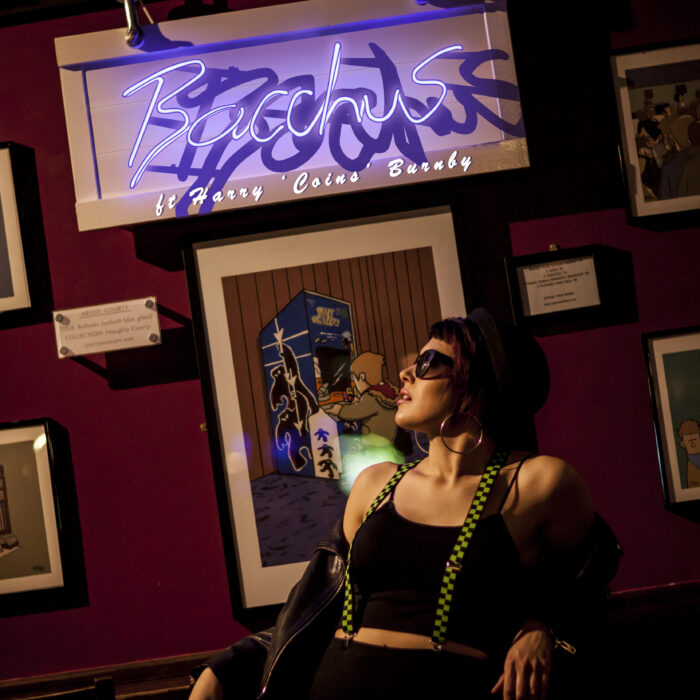 With music entrenched in her upbringing, it’s of little surprise that London-based singer-songwriter Millie Manders has gone down that particular avenue herself. Raised on a diet of anything from classical and theatre to rock and hip hop, Mander’s own output is equally eclectic; the (visible) roots of which lie predominantly in the realms of ska, pop and punk, though of course reach far beyond that underneath the surface.

Such a diverse array of influences is something which clearly serves Manders well; her socially concious lyricism is able to reach more than it might do in other mediums thanks to the pop sensibilities of her music. Indeed, from lampooning the gentrification of her native London in Thoroughbred Potato Head, to latest single Bacchus which was “inspired by all the things we do, but shouldn’t do, when drunk” Manders’ music never feels overwrought with commentary, yet manages to convey its messages effortlessly.

“I like to think my music is full of energy and dexterity – a colourful clash of genres incorporating everything from rock and soul to ska and folk.” states Manders, and whilst that certainly describes her overall sound, it summarises the aforementioned Bacchus down to a tee. Featuring Harry Burnby, the singer of ska/punk hybrid Counting Coins, Bacchus is an off-kilter pop number built around frenetic upstrokes and Manders’ trademarked sultry delivery, whilst the subtle background brass is the perfected accompaniment to Burnby’s rapped verse. Named after the Greek god of wine, the track’s narratives may well be all too familiar for some, but that shouldn’t stop listeners from supporting both the single and Millie Manders as a whole.

Having already impressed a huge number of online publications and radio stations, not to mention the plethora of regional festival organisers clamouring to book her for an appearance, it’s clear that Manders is making all the right moves. If her next EP even comes close to the quality of her previous releases, then you know we’re in for something special.

Milline Manders can be found on her own personal website: MillieManders.co.uk, Facebook and she tweets as: @MillieManders.