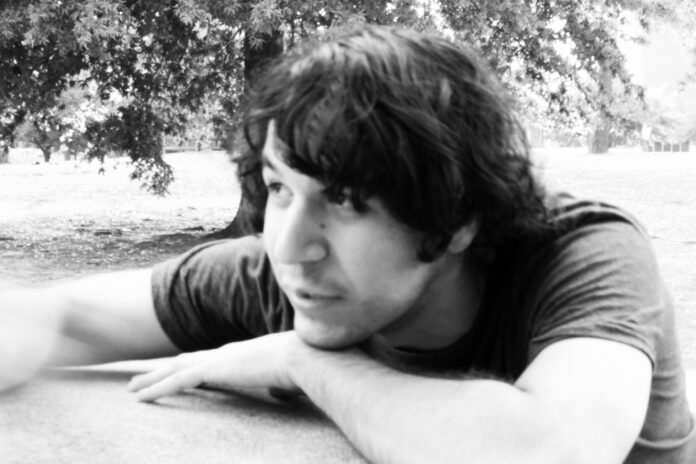 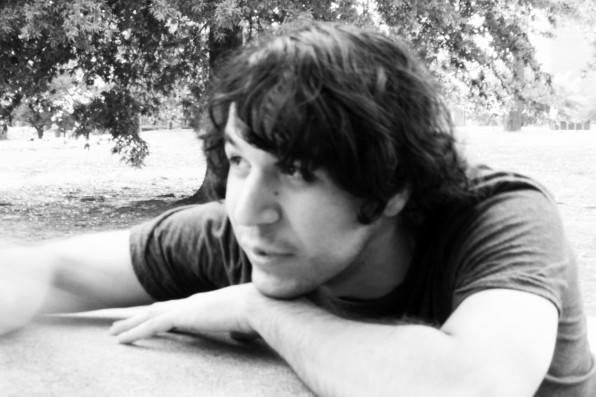 Get acquainted with the moody, minimalist head space pop of Mildriot.

Michael Chavez, AKA Mildriot from Edinburg, Texas, creates understated “psyche pop” that is sure to stick in your subconscious. He has an LP, Fought Songs, out now via the refreshingly forward-thinking DIY UK label Sister 9 Recordings, and the cassette version is available from Burger Records subsidiary Wiener Records. Carrie Quartly caught up with Mildriot for insight into his singular outsider pop which follows in the footsteps of Grandaddy and other home recorded indie rock prodigies.

On getting started with music, Chavez recalls “I learned guitar by playing Beatles songs in my elementary school’s guitar group. We were called the “guitar stars”. After that, I played casually growing up and then began playing daily and doing gigs in college about 6 years ago. Music really freaks me out sometimes.”

The contrasting sounds of Mildriot, from low-key acoustic guitar strumming to wobbly, arpeggiated synth loops, to smooth electro-rock beats, are startlingly sophisticated despite their apparent simplicity; new textures emerge with each listen and you can’t help but become deeply immersed in your own unique head space where thoughts and colors flow like a soothing abstract jazz. Chavez quirkily describes Mildriot as “sort of neon, nostalgic, squishy, and twisty”, and when asked where he draws inspiration from, he reveals “The artists I’m most inspired by are those that deal with the human psyche and the odd underbelly of the world. I like to juxtapose songs from different times or locations a lot, like listening to The Crystals – “Then He Kissed Me”, to Le1f – “Spa Day”, then Growling Tiger – “Money is King” to some classical. Doing that always inspires me.”

At times, Fought Songs reminds me of the multiple collaborative effort Stumpy by Tall Dwarfs because of the super creative DIY technique and freakish infinitude of ideas it contains, so it’s impressive to remember Mildriot is essentially a solo operation. Chavez discusses the Mildriot song building process: “For Fought Songs (which was recorded in Little Rock, Arkansas) I jammed on guitar and got the bare bones structure down first. That’s when I got the most important line or title idea for a song. When I felt like recording I did guitars first, and then hand tapped the beats and added bass lines, lead guitars, synth lines, and ambience; very trial and error until I liked what it sounded like and felt some groove.”

If you’re a geek or a rock ‘n’ roll gear head or just looking for tips on a decent home recording set up, I asked Mildriot for a breakdown of the equipment he uses. “I use synth wah + distortion + pitch shifter as my pedals with a Washburn Lyon Series Stratocaster. The Akai XR-20 beat machine for rhythm/sfx, and a Tascam 2488 MKII Portastudio to record my tracks. I had a Korg synth but sold it back after the album. I also use Reason 6 software on a laptop for extra somethings sometimes.” he says.

On hooking up with the Wiener Records and Sister 9 labels: “I found Sister 9 through doing a Google search for lo-fi rock. I listened to their different artists like Yugo, Dolium, Naked Bodies vs. Naked Flames and thought it was all great/dark/out there so I sent them an email and we got along well so they offered to release the album. They are my UK pen pal bffs. I hooked up with Wiener ‘cause I love Burger and feel like it’s one of the most interesting things going on in rock so I wanted to reach out to them and their audience cause I feel like we could be friends, too.”

Mildriot has plans for a new full length called NE to be released this year. Meanwhile, Fought Songs can be streamed in full on Spotify, is available to buy digitally and as a limited edition CD from Sister 9 Recordings, and also in cassette format through Wiener Records here.