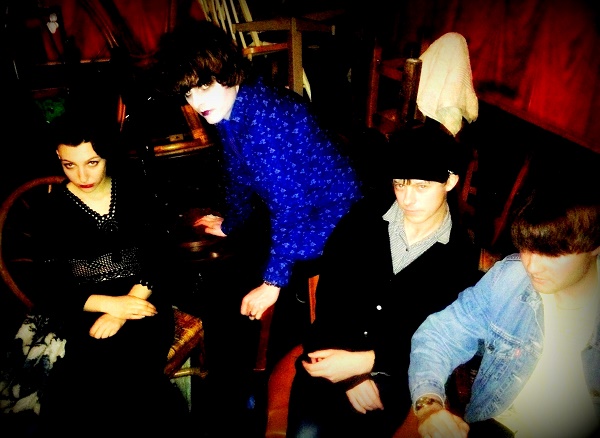 Though RedRooms certainly seem to occupy some of the darkest corners of Manchester’s indie scene, such darkness rarely extends further than their imagery. And though love and death are prevalent themes, the music itself is built around a strong emphasis on melody, resulting in a rich juxtaposition that belies the band’s relatively young years.

Combining elements of light-psych, folk ’60s rock and pop, it’s difficult to put a label on the band, but you wouldn’t want to anyway; RedRooms have carved out their own niche, one you get the feeling even they aren’t content to settle in. Their penchant for refusing to adhere to any one genre brought to the fore on the debut EP Little Deaths; four disparate tracks linked inherently by their themes of melody and melancholy.

In lesser hands such a refusal to conform to a single genre might well come as flippant, even fractured. But with each track interested in dealing with dark subject matters (death, domestic violence), the music becomes part of a dichotomy, in which lush instrumentation is married with stalk, almost gothic lyricism.

Though there’s only a handful of the band’s tracks available online at present, the best to experience them is live. For now though, stream You Left Your Mark below: