Home Music Bands New Artist of the Day: Man & The Echo – we talk... 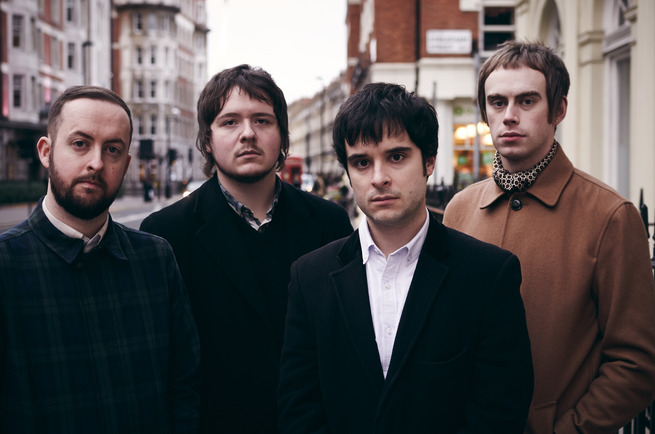 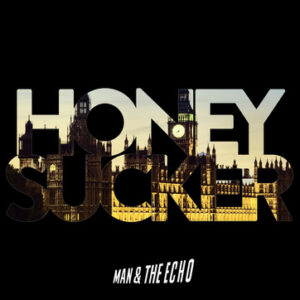 Man & The Echo are Gaz Roberts, Joe Forshaw, Joey Bennett and Chris Gallagher and they’re a band from the North West of England who make unique pop music. They signed to legendary A&R man James Endeacott’s rejuvenated 1965 label in November 2014 and, having been in recording sessions with long time Paul Weller collaborator Jan “Stan” Kybert, are set to release their debut single, Honeysucker, on April 13th 2015. The digital release will be followed by a limited edition 7” vinyl.

Here’s the video for Honeysucker, below which you can find an interview with the band’s Gaz Roberts in which we talk about signing with 1965, rock ‘n’ roll today and of course the new single

Louder Than War: Loving the new début single / video ‘Honeysucker’, a much needed rock ‘n’ roll swipe at British politics. From the vocals to the guitars and its catchy as hell chorus it seems like the perfect intro to Man & The Echo to me. Do you agree?

Gaz Roberts: It’s a song that we felt was relevant and like you say, it’s catchy and gets you on the first listen. There’s also a chance it could be completely irrelevant in a few weeks so we didn’t want to waste it. The reaction so far has been good, resoundingly positive really which is nice, I was quite nervous about the release because of the content of the song and how it might be received.

Do you feel groups and artists today are not saying enough about politics; e.g. the national debt, banks, poverty, dirty MPs, the end of a free NHS and the start of companies profiting from it etc etc etc  … do you feel rock ‘n’ roll has maybe let down the kids who need to hear these issues through quality music?

The thing about politics is, it’s boring. The things you mention, the NHS, welfare etc are not really good subjects for songs because people mostly want distraction and fun when they listen to music, not reminding of all the shit that’s going on. That’s why I try to make the lyrics a bit humorous. But to be honest I never think about it as writing about politics, but more writing about class, or from a point of view that is informed by class.

I think there’s a few other artists writing about politics and class: Sleaford Mods, Kate Tempest etc., but I wouldn’t expect a lot of bands to do it. Most bands want to be rich and famous, and you don’t get there by alienating half your audience (the half with money) from the offset.

So come voting day who gets your vote?

It’s difficult because, as you could probably guess, I’m very left. I live in a pretty safe Labour constituency [Preston – although we are all from Warrington and that is where the band is based], with very little Green support, so rather than waste my vote and give UKIP or the Tories a chance I’ll be voting Labour, but with a slightly heavy heart given their reluctance to redress recent welfare reforms and their continued austerity plans.

You’re from Warrington and formed in 2013 – how did Man & The Echo originally come together and what are the influences you all share and which go into your own sound & style?

Me and Fush (Bass) have been playing together for years, and we recruited Joe and then later Chris, into another band that we had a few years ago. That died a death and we decided to do something new. We’re all into a pretty wide range of different things and I think that’s what helps us to create a unique sound. I think there’s elements of glam, soul and new wave indie which are probably most prominent. I think we’re united by wanting to make music that is never boring.

So who wrote Honeysucker, who are the writers in the band?

Fush and I write the music and I write the lyrics. Honeysucker was based on a bass riff that Fush had written and we just jammed it around a couple of times, so I could find the melody. I was trying to sound like Dave Clark I think, hoarse but quite tuneful. We did a really rough demo with me just singing gibberish over it and Fush rang me the next day and asked if I was saying “Life’s so good, honey”. I don’t think I was, but that’s what it became and once I had a starting point the rest of the words fell into place quite quickly.

You’re signed to James Endeacott’s “1965” label, how did it happen and would you say he shares the band’s own passion for the songs and what you all stand for?

I think our manager basically stalked him for a while. He ended up coming to watch us rehearse a few times in a church on the outskirts of Warrington and when he resurrected 1965 he offered us the deal. James and Mat, who run 1965, are seriously passionate about music of all kinds. The best thing about them is that they just want us to make good records, so to that end they let us have complete control over what we do. I never imagined having a deal where we could do exactly what we want, but with them that’s what we have. At the end of the day, I think they’re music fans first and foremost, and they know the way to get the best out of a band is to give them room to be creative. We feel very lucky to be involved with them.

What are your thoughts on today’s music scene, especially the current era of nostalgia / love for all things 90s?

I think it’s funny that there’s such a thing as nostalgia for the 90s: a lot of the best music from that decade was pretty nostalgic in its own right. I see us as outsiders really, I don’t feel affiliated to a particular scene or movement. But for me, the best artists are the ones that stand apart from the crowd: Bowie and The Smiths weren’t part of a scene, they set their own agenda. I don’t think there’s a lot of that going on at the moment.

Would you agree that today’s youth don’t really have a spokesman musically for them to vent their issues through, there’s no Johnny Rotten character or similar to be the voice of the youth … what’s gonna give?

I’m not sure Johnny Rotten was a spokesperson for the youth, but then I wasn’t there. I think he was opinionated and aggressive and that’s why he appealed to so many people. Maybe artists these days are thinking more about the success they want to have, rather than the things they want to say. I think there are current bands that are a voice of the youth, it’s just that this youth is largely consumerist and politically apathetic. I don’t think that a band as anti establishment as the Sex Pistols could ever permeate the mainstream now in the way that they did then.

Following on from that, it’s even harder for new groups and artists to sell their music, major artists now focus more on touring than knocking out album after album. Perhaps this is the result of the internet and how we get our music now? Do you agree?

Well on the one hand, yeah, it’s harder to sell lots of music, but on the other hand it’s much easier to get it out there in the first place, it’s whether anyone finds it. Without downloads it would be harder to get anyone in this financial climate to take a punt on you. I love the idea that a kid can record an album and release it worldwide from his bedroom. But I’m still more excited about physical records and I don’t download a lot of music.

Your next show is at Gulliver’s in Manchester May 1st … playing Manchester is a bit like a home from home gig for you lads I imagine. Do you notice a big difference between northern and southern crowds at your gigs?

Yeah, Manchester’s like playing to a home crowd, lots of people you know personally, so the atmosphere’s really good. Having said that, I love playing London, and we’ve always gone down really well there so I’m excited to do more gigs down south. I don’t think there’s much difference between Northern and Southern crowds, how good they are depends on how good a show they’re watching. I like playing in a town or city that I haven’t been to before, I like wandering round beforehand looking for blue plaques and stuff, its like being on holiday for a couple of hours.

Before you go, Gaz, can you tell us what else you have planned for Echo & The Man this year, will we be able to catch the band on tour this summer?

We’ll be announcing some more live dates very soon, including a few festival appearances. The next big thing will be the release of our next single, “All Right” and the release of a 7” which will have both that and Honeysucker on it. We’re working on songs for an album at the moment so hopefully we get to work on that later in the year.

Buy the band’s new single from these places:

You can find Echo & The Man online here: manandtheecho.com. They’re also on Facebook and tweet as @manandtheecho.