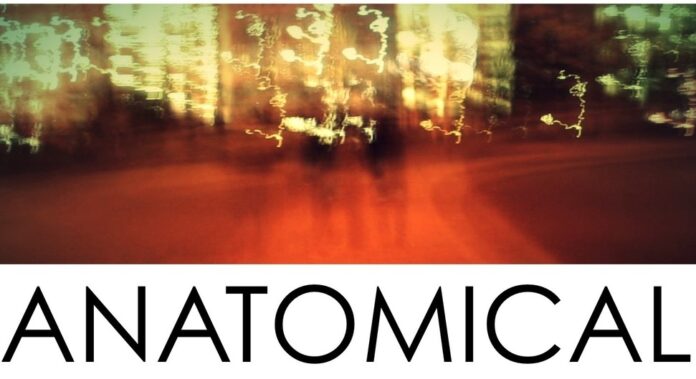 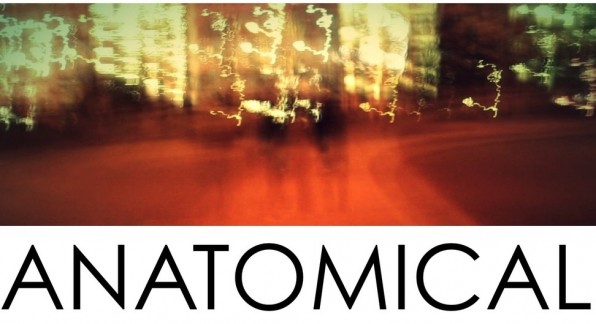 If you’re into electronic soundscapes with a hypnotic sense of wonderment and underlying party that send you on a Banco de Gaia type trip, then Lippy Kid has created an offering for you to take to your musical altar for some serious contemplative appreciation.

Check out the short preview of his new album, Anatomical, below.

Liking the sound of that? Well then, it’s highly recommended you treat yourself to the full version which can currently be downloaded free of charge/name your price from Lippy Kid’s Bandcamp page here: lippykid.bandcamp.com.

We tracked Lippy Kid down to find out more about the man behind the machines.

Louder Than War: Who are you, Lippy Kid and what musical background has brought you to this point?

Lippy Kid: So my real name is Paul Scott and I’m the creator of what I term the Lippy Kid Electronica Project.

During the mid to late eighties I played in various guitar based bands in Manchester on the fringes of what became the Madchester scene. Our band was called ‘Outside London’. Our drummer was the lovely Simon Worrell, sadly no longer with us, who of course went on to better things with the Paris Angels. Their track ‘Perfume’ is still one of my faves from that era! We tended to stick to the local club circuit playing places like The Boardwalk and International on a regular basis. After calling it a day I basically took a musical hiatus for around twenty years.

During that time I still stayed close to music, but more as an observer and critic, writing occasional articles for newspapers and magazines.

It was a few years back when I started to produce music more seriously again. There was a lot going on in my life around the time I kicked off the LK project and I found electronic music was a great way of channeling my energies in a more constructive way.

Anatomical is in my second full album release. It’s the follow up to Celluloid which I released in 2012. In and around that I’ve released a few EPs (Love To Infinity, Neron Minimal), plus a release of remixes of a Derbyshire singer/songwriter I’ve worked with who goes by the name of ‘Tribe Of Juan’.

How would you describe your music and where do you draw your influences from?

I’d say there are three main influences behind the music I create.

First it’s Music in general. I take music very seriously. Although I spend a lot of time writing and producing electronic music, I’d have to say that I only spend a small percentage of my time listening to it. I’d describe my musical palette as very wide, taking in anyone from ABBA to Underworld, so long as I feel it’s good! And I draw influences from the whole spectrum of it. I guess in terms of style, Orbital, 808 State, Underworld, Aphex Twin, Kraftwerk and Leftfield are particular people I’ve admired over the years. That said, I do think we’re now living in a fantastic time for Electronic music. I’m always captivated by a new Gold Panda release and I do listen to a lot of the stuff coming from the Kompact label. I’m a huge fan of people like Axel Willner aka The Field. For me, he’s someone who can do no wrong!

The second big influence for me though is Film. I spent a lot of my life growing up in a Cinema. My Dad was a projectionist and he used to get me to help him out to keep me off the streets and out of trouble! It was there that I started to develop a sense of the Thematic and Epic, and I’ve always been drawn to music of that nature. The thing I love about writing Electronic music is the infinite palette you have at your disposal with the only constraint being your own imagination.

The third and final, but possibly biggest influence I’d point to would have to be experiences. The places you visit, the people you meet, the things you see and do. These are the things I think about most whenever I’m trying to write music. The track ‘Three Digit D.I.S.C.O.’ on the ANATOMICAL album was something I started to write around a year ago after we’d been to see Metronomy in New York. We were walking back to our Hotel, couldn’t get a taxi, and the rain was lashing down, but it was a fantastic trip. Something about the city lights, the atmosphere, the smell, the buzz. The loop just started in my head.

I guess I like to think that the music I now create as Lippy Kid is essentially an electronic musical blog of my own life and experiences. From 70s Rock, Disco and Punk, to 80s Electronic, to 90s Dance Music and beyond.

How has this album evolved and do any of the songs convey any particular sentiments?

When writing it I was thinking about Mathematical odds. The odds that the necessary forces combine at exactly the right time to end up with you, on this planet, at this moment, living, breathing, given the opportunity to do the things that you can do. And then you do them. I see ANATOMICAL as a celebration of who we are. Whether it’s reflecting on those we’ve loved and lost (Memory), or the infinite potential within us (From Within Small Structures), we are amazing machines.
The album also features a few collaborations. ‘Melody Of Motion’ is built around a sampled Piano part from the classical pianist James Oldrini who I’ve been working with a lot over the last few years. It also incorporates a poetry recital of ‘Masks Are Kites’ by Rich Britton.

Perhaps the track I’m most pleased to be able to include is ‘Revisiting A Human Tide’. It’s a track based on Sound Files provided by Paul Hartnoll from Orbital that he made available via the Human Tide Arts project. As you can imagine, the opportunity to produce something connected with one of your Electronic music heroes is a huge privilege indeed!!

The album is out, what’s the plan now?!

There’re a few projects I’d like to do off the back of the ANATOMICAL album. A video, short film, that kind of thing. There’s also some potential live dates coming up in the summer at a few local festivals. I’ll keep the details posted on my website. Plus there are a few other collaborations I’ve been asked to look into.

I’ve got to be honest though, I’m pretty rubbish at plans. I like to get one thing out of the way and then start to think about the next thing and see where that takes me. For me, the core principle behind the Lippy Kid project is one of connectivity. The chance the project creates to meet and work with other people who have an interest in promoting music, film and art in a positive way.

You know, a few years ago I finally got around to release my first electronic EP – “Love to Infinity”, a couple of weeks ago I was sat having dinner at the BAFTA after show party sat next to Bryan Grill who’d been nominated for Special FX award for Iron Man 3!! Bizarrely, the two events were tenuously linked. Life really can be a weird ride if you’re willing to allow it. Come and join me and let’s see where we end up!!

You can find more details about the Lippy Kid Electronica Project via the website: LippyKidMusic.com.

Anatomical is available now as a free download via Bandcamp for a limited time. There will also be a CD version available from Bandcamp and various retail outlets from the end of March 2014. You can find Lippy Kid’s Bandcamp page here: lippykid.bandcamp.com.

All words by Sonj. You can read more from her on Louder Than War here.