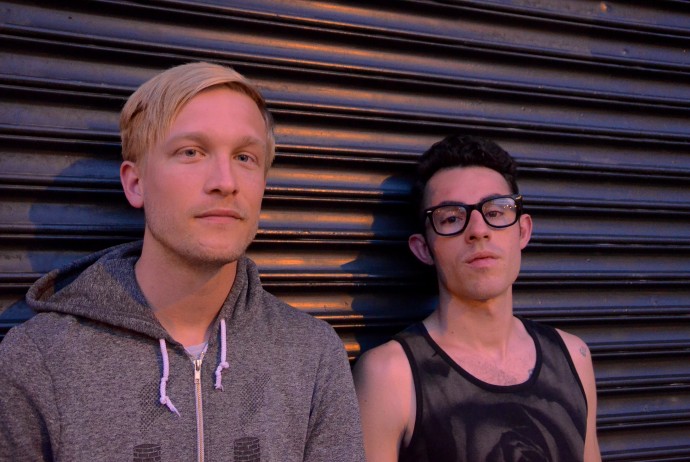 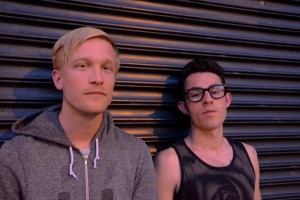 Iska Dhaaf are part of the new Seattle- the post grunge world where hip hop, post rock, beard rock and all the fractured modern subgenres melt away- even their name is interesting- taken from the Somali words meaning “let it go” . They that they’re inspired by Sufi poetry and the ideas of limitations and patience and they play this spooked, melancholic music that captures the rainswept vistas of that great city and their music is captivating, emotional and powerful.

There also only two of them. Their drummer somehow manages to play drums and a keyboard and sometimes a bass whilst the singer hooks out hypnotic guitar lines. They could be mates of Mogwai, they could be post rock kings; they could be your new favourite nerds but they also make this great 21st century music that is pure electricity.

‘Modern Seattle is where everyone knows everyone else and all the cultures come together’ explains Nathan Quiroga in a crowded Seattle city centre hotel bar. ‘I started out on the local hip hop scene with Buffalo Madonna.’

They became one of the Seattle’s best hip-hop acts, known as much for their narcotic beats as their legal troubles. They had a rep but Nathan has moved away from all that and after teaming up with Benjamin Verdoes, who was the founder of one of Seattle’s more recognizable bands, Mt. St. Helens Vietnam Band and had toured nationally supporting Japandroids set out on a very distinctive music of their own.

‘We just clicked when we met and we spend all our time on this project- it’s intense and we put everything into it. The songs are very personal about relationships- very truthful.’

It’s this openness and the sheer visceral quality of their music that makes them so brilliant. They can sound hypnotic they can sound noisy, but they always sound fascinating.