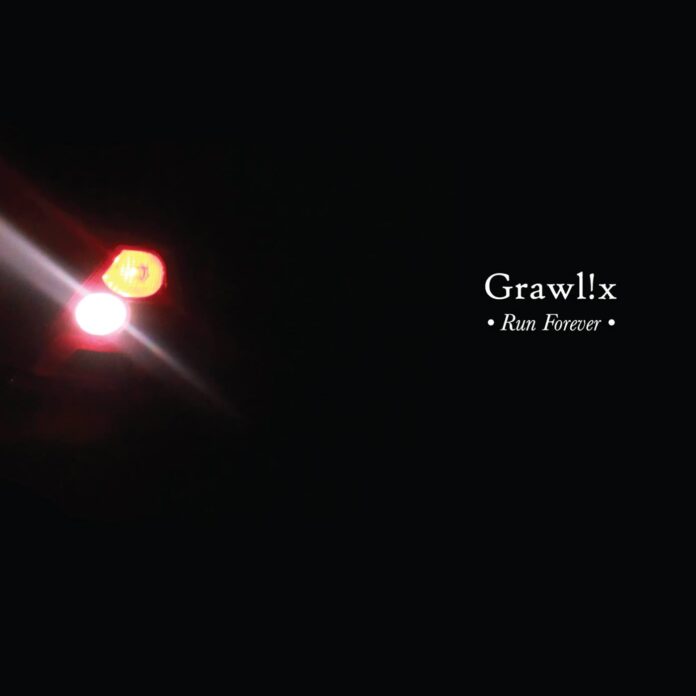 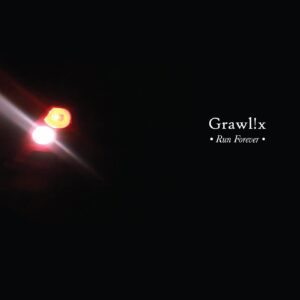 Following a strong showing from Derby area bands in our Albums of the Year list we’re now introducing you to another artist blossoming from the city’s scene, as we bring you the crystalline sounds of Grawl!x.

It’s the time of year, isn’t it? Those piercing blue skies with only the suggestion of cloud; crisp air so cold it makes your eyes water. The debut single from Grawl!x is that feeling in musical form.

The three tracks on the digital release of Run Forever sharp, frosty ambient indie that is thawed by the addition of warm vocal harmonies – in fact backing ooohs and aaaahs are supplied by members of another brilliant Derbyshire band Haiku Salut.

It leads of with title track Run Forever which has a sparse piano melody building the hazy vocals of James Machin toward the chorus where the backing softens it all out, halos of light bringing hope to the darkness of the track.

The middle of the collection, That Shell Dog Knew It Here, is luscious and shimmering but with a slightly oppressive feel as it builds. The tumbling pianos and occasional jangle keep it from becoming too claustrophobic and with more harmonies it’s interesting to hear a melody rather than a rhythm drive a track through.

The single closes out with Breedon-on-the-Hill, with this version recorded in an antiques shop rather than the more conventional studio setting. For those not familiar with the Leicestershire village from which the track takes its name Breedon is (as you may guess) high on a hill, its church cutting an imposing silhouette as it stubbornly sits above the quarried cliff face which has eaten away the limestone below.

The track has something of the fear of falling about it in the once-more sparse and simple piano arrangement, evoking the feeling one has when viewing the parish church from the roads at the foot of the hill.

This is a clear and concise opening shot from a new artist, one you feel has a fully formed view of where his music is going bringing with it a confidence of delivery. The debut album will be out in 2015 – definitely a new artist to keep on your radar as we head into the new year.

You can get Grawl!x’s three track digital single on a pay-what-you-want basis from Bandcamp here. You can watch the official video for Run Forever on YouTube

All words by Sarah Lay. You can read more from Sarah on Louder Than War here.