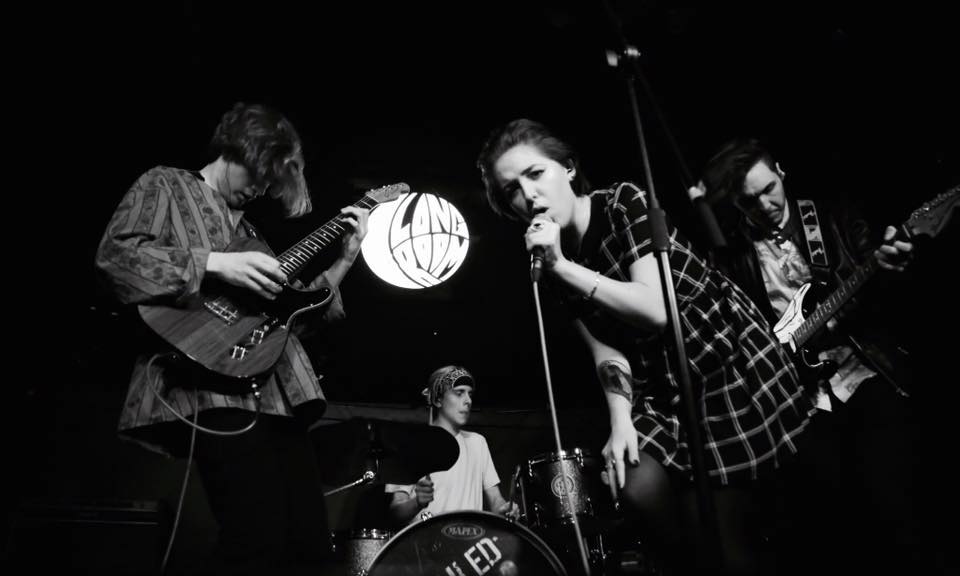 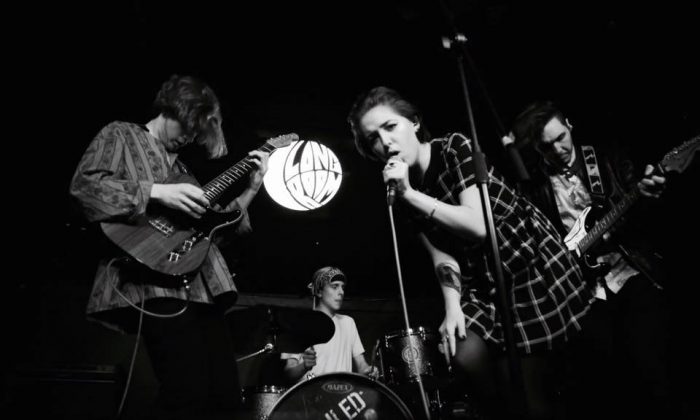 Harlow-based band Drain have unveiled their debut EP, Probably, Maybe, which is available to stream on Spotify and purchase from iTunes now.

The group have produced six robust tracks of dashed romanticism and longing, all accentuated by the volatile vocals of Jade Wildman. Opening with ‘Man’s World’, Wildman rallies against being subjected to “material girl” status, her angst-ridden agitations providing a jagged edge to a smooth, Belly-esque guitar line.

Probably, Maybe may slightly pilfer from an Oasis title – which itself pilfered from a Russian sci-fi novel – but it has very little to do with the Gallaghers’ brand of piledriving pub rock. Instead, the EP plays out like a drama, with Wildman the star – her voice soars and soothes in equal measure, and even the seemingly chipper tracks such as ‘Oh!’ and ‘Fly’ give way to more contemplative choruses.

The EP’s closer, ‘New Love’, elegantly saunters like The 1975’s ‘Robbers’, before exploding into a glorious coda of distortion and regret. This is a drain worth losing your money to.

You can listen to a sampler of Probably, Maybe below.

Drain can be found on Facebook, and the record can be purchased on Amazon and iTunes.