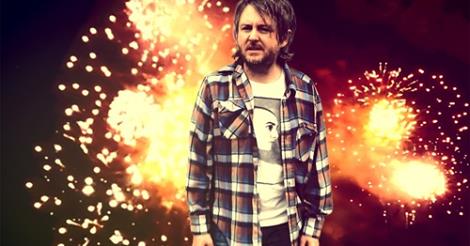 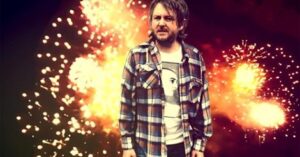 Australian folk troubadour Darren Cross is about to head over to Europe to play some dates so let us get you acquainted with him.

Currently recording his debut album and readying himself to head around the globe for a set of live dates across Europe, Darren Cross is a purveyor of smokey-vocalled stripped-back folk.

A delicate melancholia seeps through the tracks on last year’s No Damage EP with lead track And The New York Rain Came Down bringing introspective lyrics and warm melodies.

There is a sense of the vast interior through the EP; whether that be the empty landscape viewed from the window of a Greyhound bus (No Damage was conceived while Cross travelled around the southern states of America by bus) or the dark corners of a mind.

This is not the first musical incarnation for Darren Cross. He will be known to some for providing guitar and vocals in Gerling (and if you haven’t checked them out you should definitely give their experimental pop a listen) or as being part of folk noir duo Jep and Dep (last year’s debut album Word Got Out is also well worth your time). And as if that wasn’t illustrious enough he’s also co-writing with bands including Jagwar Ma.

But while he covers off Dance and etherial Country with other projects it is with his solo material that Cross get’s under your skin. Honest and raw this lo-fi folk brings a light to a dark night, a comfort to a lonely moment.

The rough-edged vocal provides a care-worn, lived-in feel to the track the carefully picked guitar brings a pastoral undertone. The influence of early Steve Earle and Neil Young is present but this is personal and so it owes no-one more than Cross himself.

Darren Cross will play dates in Europe during April and May – follow him online for details.

Jep and Dep will also play Europe in spring – check their website for details.

All words by Sarah Lay. You can find her on Twitter and more from her on Louder Than War here.