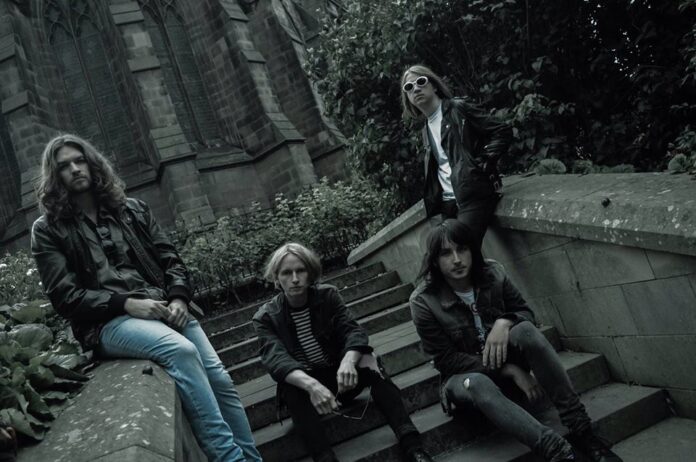 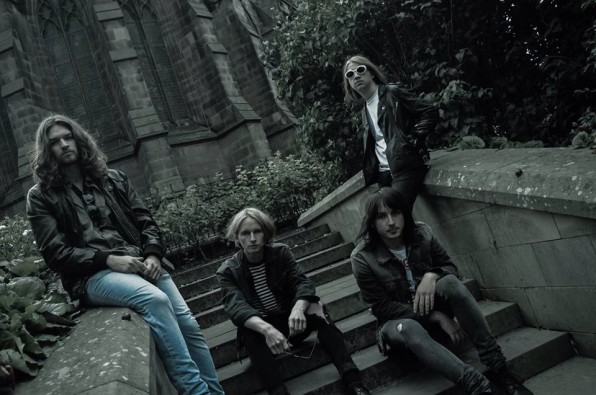 New Artist Of The Day: Curb.

Birmingham once again offers up another class act to add to the already burgeoning list of the city’s alumni. Louder Than War’s Harley Cassidy tells us more.

Furiously kicking their legs out of Birmingham’s never-ending genepool of talent, Curb are the latest band to be making waves in the West Midlands. Long-term followers of the Birmingham music scene and now heavyweight members in their own right, Curb’s sound is less, posey, uber-hip shoegazing, more dreamy, polished reflection.

With a sturdy fanbase already accumulating, Curb’s first song released on SoundCloud, So High, has reached over 60,000 plays and counting. With likenesses to Radiohead and an appreciation for their tight yet free for all sound, their latest release, Communication, hasn’t fallen short of the mark either.

A genuinely brilliant group of guys, Curb’s sound is pretty interesting – you’re met by some stellar bass playing which touches on soft funk, killer walls of guitar accompanied by the wonderfully isolated vocal of their frontman, Tom and a dash of Britpop cool. Team that with 60s vocal harmonies, shiny production and instantly oscillating 90s indie and you have a sound that sounds both familiar and fresh.

The best aspect about Curb is the root of their lyricism; Communication talks of a breakdown of transmission which covers many grounds: could it be the lost link in a relationship? The outlook towards people you’re close to? The growing ignorance to what’s going on around us? So High is the same format – widely regarded as a song about the thralls of being high on drugs, the song was actually written about people’s infatuation with social media and networking where people are so wrapped up in their own little world that they forget the bigger picture of life.

So far, it seems the band are intent on building a rapport and reputation with fans outside of the city that brought us Peace, Swim Deep and JAWs by hitting London and Manchester respectively to spread their sound to new horizons. This also gives them the chance to “attend every local Wetherspoons possible to whatever venue we play. Every Spoons found is a band life saved.”

Let that be a lesson to all of us.

You can buy their latest single, Communication, from the band’s Bandcamp.